At first glance, an origin story of Socialism doesn’t seem an obvious choice for an engaging film. Unlike the revolutionaries that succeeded them, Marx and Engels did not fight on barricades or in the jungle; their battlefield was journals and academia. Yet director Raoul Peck, nominated this year for an Academy Award for Best Documentary (I Am Not Your Negro, based on the work of author James Baldwin), manages to create a compelling portrait of the two influential theorists, from their first meeting to founding the Communist League on the eve of the Revolutions of 1848.

The tight script hits all the historical highpoints in just under two hours, following the pair as they move from Trier to Paris, Brussels, London and Manchester, subtitling dialogue as needed. Occasionally, transitions are too abrupt and strain credibility: When they first meet, Marx and Engels make an unlikely about-face from contempt to admiration within seconds; later on, when they hijack the proto-labor movement, The League of the Just, they need mere minutes to go from begging for a chance to speak to commanding enough support to completely remake the organization in their own image. This climactic scene, culminating with unfurling a red banner emblazoned with “Workers of the world, unite!”, would have greatly benefitted from a longer buildup.

Overall, Peck sticks close to the historical record, showing Marx with all of his inherent contradictions and allowing viewers to reach their own conclusions. Though be warned, context isn’t overdone, and those unfamiliar with mid 19th century social activism or early anarchist fellow travelers like Proudhon or Bakunin miss out on a lot of subtext.

The other Marx Brothers

August Diehl, a member of the Burgtheater ensemble, crafts a credible young Marx – intense yet playful, beard not quite grown in; Stefan Konarske plays his counterpart Engels equally deftly, dandified yet dead serious.

The two leave the impression of puckish grad students, developing their theories during drinking bouts and reaching conclusions in between vomiting in alleys. Marx often fleshes out the finer points at the library once his hangover subsides. Even when drafting their Communist Manifesto, Marx and Engels seem less like visionaries and more like students cramming for an exam.

Thus, challenging society often seems like an elaborate student prank: Marx revels in dominating with wit and word play, demolishing his mentor Proudhon’s The Philosophy of Poverty with the polemic The Poverty of Philosophy. Engels the wealthy industrialist scion seems primarily driven by youthful rebellion, starting a scandalous relationship with fiery Irish factory worker Mary Burns; When he crashes his men-only club with Marx and Burns in tow to insult other members for using child labor, he giddily remarks that “his dad will surely kill him for this.”

They’re both ruthless, shouting down and discrediting opposing ideas for the nascent labor movement, even deliberately sabotaging a united front to force out their rivals. When they’re dressed down for this, they look like two naughty schoolboys caught by the headmaster. Even so, they end up getting their way, barely containing their glee until their superior leaves the room.

Nothing to lose but your chains

These heady early days set the tone for the later movement: Ironically, most of Marx and Engels’ rivals are true proletarians, marking the pair the original champagne socialists. Likewise, the disunity that plagues the Left to this day was already in place long before the red banners: the brutal infighting shows why the movement splintered into so many feuding schools.

Yet the prehistory of the Left also offers a compelling reason why Marxism prevailed: By codifying their beliefs into an easy-to-understand worldview, Marx and Engels inspired far more than the vague utopian egalitarianism of their competitors. And that is perhaps their true legacy: an enduring antithesis to the status quo. Not many bookish intellectuals can say the same. 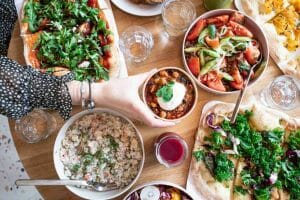 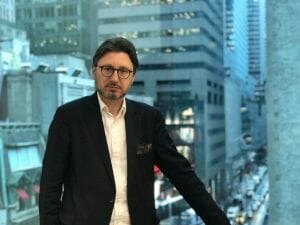