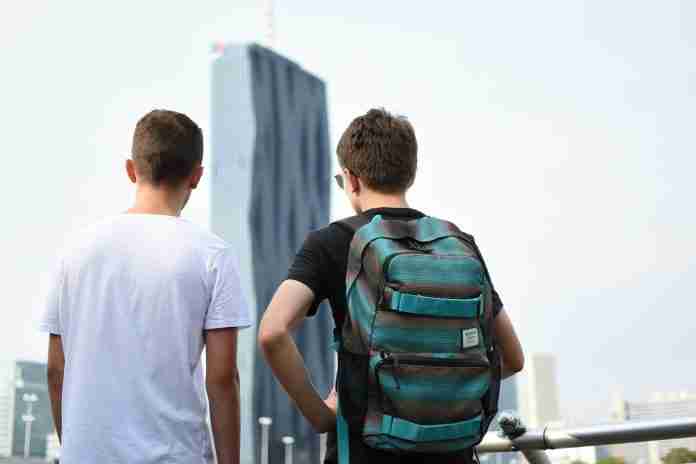 With sky-high coronavirus levels among children and youth, virologists and educators differ on possible school closures.

While the rest of Austria locked down on Monday, schools and kindergartens are bustling – with some 70% of pupils across the country attending class, despite permission to complete assignments from home. The government argued that in-class learning was important to avoid the negative emotional and academic consequences of distance learning, and reasonably safe because school children are regularly PCR tested. Now, reports say distance learning may be just around the corner – though Education Minister Heinz Faßmann is against it.

“My personal recommendation to parents was to send their children to school,” Michel Fleck, speaker of Vienna’s association for school directors, was quoted by Der Standard as saying. The education ministry and some teachers fear that the switch to distance learning means some children could become “entirely unreachable,” for instance those living in refugee housing without access to online devices. They argue not all parents are able to stay home and that it is better for kids to be regularly tested for COVID-19 in schools.

But the incidence rate among children aged 5 to 14 is a whopping 2,300 – nearly twice the overall average of 1,075.9. Several doctors and virologists have called for schools to be shut for two weeks, Der Standard reported, and high school upperclassmen also called for closures in a public letter. Last Friday, Salzburg and Upper Austria wanted to close schools, PULS 24 reported, but the education ministry prevented them from doing so.

“As a citizen and not a virologist, I can fully understand that no one expects children to put up with yet another school closure,” virologist Dorothee von Laer told weekly magazine Profil in an interview. “But if the numbers don’t decline, the schools will have to close.”

The tabloid oe24.at is running a piece with the headline: “Secret plan: Schools to enter distance learning next week,” in which they say Health Minister Wolfgang Mückstein is working behind the scenes to push for school closures. If this happens, they say, schools will only offer “Betreuung” (day care) while the responsibility for teaching and learning will move to homes.

So far, most schools to remain open

A statement issued on Thursday from the education ministry, by contrast, said that education officials on the federal and state level have agreed that schools should remain open. “Pupils have shown solidarity during the pandemic,” Education Minister Faßmann said. “They’ve had to give up a lot over the last 20 months. In this phase, they have a right to as much normality and support as possible. I’m pleased that we all agree on this point.”

In Vienna, at least, Deputy Mayer Christoph Wiederkehr (NEOS) has dismissed the option of school closures, as have officials in Tirol, PULS 24 reported. Official rules for classroom safety are in place: In the event of one COVID-19 case, only that pupil stays home. If there are two cases, the entire class is sent into distance learning.

Biontech/Pfizer vaccines are now available for children as young as five. While some doctors and Vienna have been providing “off-label” jabs for weeks, a formal rollout is now planned. Austria has ordered the maximum available doses, ORF quoted Health Minister Mückstein as saying, and a number of “vaccine streets” have opened or will open around the country. But even if most children get vaccinated quickly, it may not be soon enough to prevent the return of home schooling.

Naomi Hunt
Naomi Hunt is a managing editor at Metropole, with roots in the U.S. and Malaysia that have long been buried under Austrian soil. She previously served as a program manager at the International Dialogue Centre (KAICIID) and was a Senior Press Freedom Adviser at the International Press Institute (IPI).
NewsPoliticsRecommended
Previous articleMoscow Announced the First Meeting of Sergei Lavrov and Linhart
Next articleUpdate: Austria’s Travel Restrictions Under Nationwide Lockdown