What is the Akademikerball?
It is a ball that happens yearly, and before 2013, it was known as “Wiener Korporations-Ball” (WKR-Ball). WKR is an association formed by Burschenschaften, with an emphasis on the duelling Burschenschaften, which have been known for right extremism. Burschenschaften are associations for university students, concept-wise similar to fraternities, but the emphasis is on German/Austrian traditionalism. Many of the fraternities are right-wing, far-right, but some are simply conservative. In general, there is a lot of criticism towards Burschenschaften, their duelling practices and political stance.

Why is it so controversial?
The ball itself is seen a social networking event for the right-wing extremists. There are various visitors, such as students who are in these fraternities, ex-members of the fraternities, as well as people from all around the world who are connected with the far right wing politics, such as Marine Le Pen (extreme right French politician), Alexander Dugin (Russian right extremist with fascist view) and others.  The ball is also heavily criticised because it is known that Holocaust deniers attend it.

So what are the protests about?
Since 2008 various organisations have been forming protests against this ball, usually by far-left supporters. In previous years, some of them have turned violent, the protesters were smashing the windows, damaging cars and resisting the police. In 2014, material damages worth 100.000 Euro had occurred. It is also worth mentioning that since 2014 the protests have calmed down, and in the past four years, there weren’t any major incidents. This is probably due to the significant presence of the police. This year, 1900 policemen will be on duty for the event.

Why should I care?
This year, the ball is happening on the 25 of January, and so are the protests. There will be a lot of police in the city center in the afternoon and in the evening. Some parts of the first district will be closed off, and it is advised not to visit them. The area surrounding the Hofburg will most likely be closed off. If one needs to enter that part of the city, the police will ask for an identity document and for a reason to enter the closed-off zone. It is also advised by the police to not park cars outside in the first district. The demonstration itself will start at 17:00 at by the Uni Wien at Schottentor, it will be headed towards Stephansplatz, first by passing the Ring and then Wipplingerstraße. So far 2000 people on Facebook signed up for the demonstration. 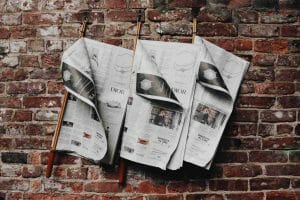 What Coalition the Media Expect – and Want 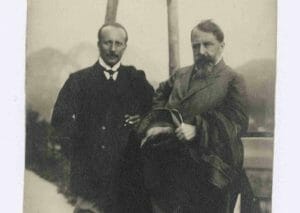