Small wooden piers dot the shore, serving as diving platforms for the youngsters playing on the tranquil banks, as the sunset deepens behind the gleaming glass of skyscrapers in nearby Kaisermühlen. Steeped in natural beauty and the traditions of public recreation in this socialist city, the Alte Donau is a thriving example of Vienna’s dedication to quality of life, preservation and the environment.

Once the main arm of the Danube before the river was regulated in the 1870s, the Alte Donau reaches a mere 6.8 m at its deepest point, with water quality comparable to mountain lakes.

The charms of this tranquil man-made stretch of lake from the 21st to the 22nd district did not go unnoticed for long. Within a few decades, boat clubs and public swimming areas were developed along its shores. By the 1920s, the area was promoted by Vienna’s social democratic city hall as a sort of proletarian Riviera, and the Alte Donau became Vienna’s most popular outdoor recreation area.  And so it remained until the 1970s, when a second Danube River Regulation Project created the 21 km (13 mile) Donauinsel in the main channel near the Vienna International Center.

Still, the timeless allure of the Alte Donau endures, an urban oasis of nature and unpressured recreation and easy public access along the U1 and U2 lines.

The Gänsehäufel perfectly captures the sense of leisure on the Alte Donau: a forested island known for its natural beauty and a city run swimming area with sweeping lawn under ancient shade trees down to the water. Originally created by local eccentric and self-proclaimed health apostle Florian Berndl in 1900 as a sunbathing resort, it was taken over by the city in 1907. Rebuilt after WWII, it remains enormously popular, with multiple swimming pools, grassy beaches, sport facilities, cafés and restaurants, a ropes course, and long-term vacation cabanas treasured by Viennese staycationers.

Gänsehäufel also is also home to what is arguably the best Viennese-style iced coffee in town at Cafe Eiszeit; their artisanal brew from Die Rösterin, alongside Eis Greissler ice cream and smoothies from Urban Monkey make this a key stop.

Another favorite is ArbeiterInnenstrand (workers beach), originally opened in 1912 to offer recreation for weary working class Viennese; after a brief stint of private ownership, it is now a free public sunbathing lawn on the waterfront, a pristine example of Vienna’s effort to keep public spaces accessible for all. Also city-owned, the Angelibad is a great alternative for families with young children, boasting ample playground structures with cool mud pits, mini golf, and sandboxes.

Messing About in Boats

Spend a little time splashing in the lake and you’ll see stand-up paddlers skimming the surface; originally from Hawaii, this cross between surfing and kayaking can be enjoyed by anyone six years and over, with the difficulty adjustable. The Stand Up Paddling Center on the northern shore of the island offers rentals and instruction, delighting visitors with their beach vibe, complete with beanbag chairs for chilling out at the waterfront après-paddle.

Those preferring to float in luxury can try Schinakl, which rents out swimming, furnished islands controlled via joystick – perfect for families, parties, dinner, or drinks on the water. The friendly staff can help you configure your own floating palace to fit your specifications.

Unsurprisingly for a quiet backwater, the Alte Donau is an ideal spot to learn to sail, at Hofbauer Segelschule, offering courses for both motor- and sailboats, even organizing the odd regatta. Aspiring pirates ages 9–16 will get a kick out of training in small vessels in the serene calm. More advanced courses and licensing exams are combined with training on the Neusiedler See, 50 minutes south of Vienna.

The nearby seafood restaurant Ufertaverne has a mean octopus starter, fresh off the grill for weary sailors. The views from their second floor terrace are magnificent, but reservations are best made for anyone wishing to dine after 19:00, as the place fills up quickly. For international fare, La Creperie is a francophiliac’s dream, serving snails and crepes to go with the romantic scenery. Nestled away between lush trees and reeds, this gem is great for a moonlight picnic, weekend brunch, or cocktails on the waterfront.

Eissalon Birner charms youngsters and grown-ups alike with blasts of colorful and  exotic ice cream flavors like Steirergold (pumpkin seed), lemon-lime and forest berries. Reasonably priced and delicious, it tastes even better while taking in the spectacular view just steps away from their quaint storefront.

The Strandcafé is a new breed of lakeside restaurant, an updated, elegant homage to the traditional Austrian excursion Gasthaus with unbeatable views of sorbet sunsets. The house specialty, baby back ribs grilled on Austria’s largest charcoal grill, is  a nod to the area’s penchant for huge summer barbecues by local meat lovers.

But whatever your preferred pastime, you’ll find a way at this urban country club  with everyman values, a treasured part of the Viennese way of life. 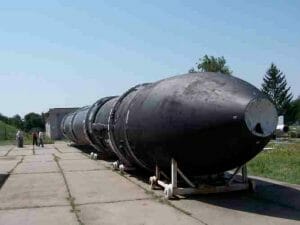 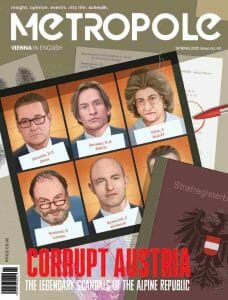