One of the first things that catches your eye at the current exhibition on author Felix Salten is a photo of the writer as a young man, posing among friends at the Prater in 1911: Handsome and defiant, his head firmly resting on the ample bosom of a lady friend, he looks directly into the camera and at the world he is ready to conquer, daring us to say otherwise.

Indeed, he did just that: Salten achieved international fame after his 1923 novel Bambi was translated for the American market, eventually culminating in a beloved 1942 Disney classic. But that was far from his only work: A noted writer, journalist and critic during the fervently creative and potent era of fin de siècle Vienna, he “broke into the world, seizing everything it had to offer, and didn’t let go, always ready and willing to get into the ring with life and bring it to its knees,” as his colleague, writer Richard Specht, once described him. Still, as his name is rarely associated with his most famous work, to many, he remains the most prolific Viennese writer you’ve never heard of.

Beyond Bambi: Felix Salten and the Discovery of Viennese Modernism seeks to set that record straight on the 75th anniversary of Salten’s death, featuring a plethora of letters, articles, manuscripts and diary entries, as well as photos, paintings, posters and film clips accompanied by a 500+-page biographical catalogue, showing the astounding breadth of his inspiration and influence.

Presented at MUSA and the Vienna City Hall Library and made possible by recent acquisitions from the Salten estate, it is a tribute to a literary icon whose relevance to the Wiener Moderne has been widely “overshadowed” by the book he is most remembered for.

Salten’s most successful work, Bambi – for which he was only paid $1,000 by Disney for the book rights – provides great insight into the time he spent in the woods pursuing one of his favorite hobbies, hunting. While the Disney version conveys the pure charm and delight of woodland critters, the book is a testament to the countless hours the author spent alone in the heart of the forest. The sheer wonder of experiencing nature on all sensory levels comes through in his sharp, masterful descriptions of the teeming life surrounding him. Aside from that, his convincing anthropomorphisms were what most inspired Disney – alongside animal welfare activists.

While Bambi may be Salten’s international claim to fame, among Austrians, another title has long been associated with the author, which could not lay further on the thematic spectrum: Josephine Mutzenbacher, a pornographic fictional memoir retelling the childhood of a prostitute. Beginning when Josephine is 5 years old, it is a veritable checklist of broken taboos that revels in its shock value, all before the protagonist reaches age 14. Anonymously published in 1906, it has long been rumored to have been penned by Salten.

The exhibition includes some amusing artefacts surrounding the long-contested authorship and permutations of the Mutzenbacher legacy, including various items related to the 1970 film version and accounts of failed royalty lawsuits instigated by Salten’s heirs. The curators stress that there is still no significant evidence to substantiate the claim that Salten is the true author – although Salten himself always remained coy when asked whether he created the story.

A short draft of an entirely different pornographic story was found, however – Albertine, which is even presented with a recorded excerpt, in sharp contrast to the many different versions of Bambi published in several languages about a meter away. The tale, about a frustrated young woman driven to prostitution by an impotent husband, unfortunately doesn’t shed any further light on the Mutzenbacher mystery, other than its genre.

A Scribe Among Scribes

Salten was an established member of the famous Jung Wien intellectual circle, which included literary legends like Hermann Bahr, Arthur Schnitzler and Karl Kraus – whom Salten reportedly knocked out after getting into an argument. But unlike his wealthier colleagues, the middle-class Salten had to make a living from his writing – another reason for his abundant output.

He extensively wrote reviews on literature, theater, art and music and was a huge supporter of the work of his fellow Jung Wieners; in addition, he also wrote a play, librettos and screenplays. As a journalist, he was not above raking the odd bit of muck both in the political and aristocratic spheres. In one particularly hilarious portrait of Wilhelm II, Salten reduces the last German emperor’s legacy to popularizing moustaches.

The director of the Wien Museum, Matti Bunzl, goes so far as to argue that Salten’s role as a critic and his tireless commitment to identifying, appreciating and reflecting on the constant stream of creativity proliferating around him made him “perhaps the discoverer of the Wiener Moderne. In this sense, he’s no less important than the ‘heroes’ he was writing about.”

The appreciation of his contemporaries for his tireless engagement during this pivotal creative and intellectual era is most clearly evidenced by the letters Salten received from virtually every important figure throughout his life: Stefan Zweig, Thomas Mann, Sigmund Freud, Bernard Shaw and countless others. It’s fascinating to examine the handwriting of each of these extraordinary minds up close: Freud – large, spidery; Shaw – gentle, whimsical; Zweig – pretty, almost feminine.

Salten’s own handwriting– seen everywhere in the exhibit, often in the form of manuscripts or diary entries scrawled in pencil – is particularly striking: condensed, extremely uniform, yet quite delicate and somehow hypnotically elegant. One cannot help but project the author’s own consistent yet complex personality onto the script. The human trace left by one’s handwriting can- not be underestimated. Words themselves always carry weight, but the physical gesture of pen to paper can give us a small glimpse into the spirit, transferred on the page.

In addition to the many letters and manuscripts displayed, Salten’s journal entries, mainly in the form of small, dated notebooks he probably carried with him at all times, are particularly haunting in their immediacy, especially those from the period preceding, during and following the Anschluss and Salten’s forced exile from Vienna as a Jew.

Having spent a lifetime as an integral figure of Vienna’s cultural scene, Salten’s reputation may have spared him from some of the worst fates, but the alarmingly swift decimation of his home, possessions and livelihood is chilling to read about in his own brief, but telling, entries. Reading them one after the other spins a narrative that is unfortunately far more gripping than any thriller:

Salten wrote his will and testament five days later. All subsequent entries list the systematic sorting, purging and dismantling of a huge portion of his own archives and library, then the agonizing wait for the approval of his exile to Bern, where his daughter lived. The day-by-day progression of these simple, yet harrowing, acts, written in Salten’s persistently uniform hand is somehow deeply moving; one peers at the entries, looking for some sign of frailty in the lines and arcs of the letters; but it remained steady as ever.

Biographical exhibitions can make you realize how short the span of a human life is. And yet, when a life commands such a tribute as this one, we are reminded of how much one can truly accomplish within the time one is given. Firmly entrenched in the zeitgeist of an era that irrevocably changed the world, Felix Salten will not be soon forgotten. 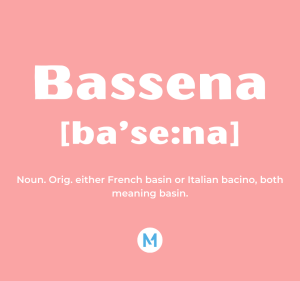 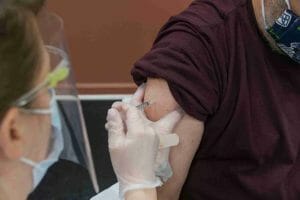 The Vaccines – How They Work and Why We Can Trust Them