To make it on the boards that mean the world, you need talent, passion and grit. Even more so, when you start out from a modest background.

When the heavy red curtain falls and separates the grand opera stage from the audience, in that blink of an eye just before the thunderous applause is about to cut through the silence, a moment of awe lingers, suspended, over the crowd. Opera revels in dramatic finales, among the most beloved, in Giacomo Puccini’s La Bohème. Poor Mimì has withered and died a thousand times, and yet in every great performance, the power is reborn. That night, Romanian soprano Anita Hartig left us longing for a reprise.

“It’s meine Paraderolle, my signature role,” she told me, “always on different stages, with different casts and costumes. I am happy to sing it, always new, always different.”

Anita’s own story, too, is remarkable, a true example of holding fast to your goals and overcoming obstacles. At age 17, a friend gave her a CD with arias from La Traviata and Madama Butterfly performed by the legendary Maria Callas, and the fire of a lifelong passion for singing opera was ignited. “I wanted to sing opera,” she remembered, “and nothing would stop me.”

Being blessed with loving and supportive parents, she was able to start studying music: “Like many of us, I come from a modest background,” she related. So she worked every summer to pay for lessons. “I had to study,” she said, “and do whatever I could to make it work. I could not accept ‘no’ for an answer.” A dream, a vision, and a tireless amount of work. “I did it with all my love, all my passion, with all that I am. Always.”

During her training at the Gheorghe Dima Music Academy in Cluj-Napoca (Klausenburg), she won several prestigious national and international vocal competitions, and made her debut as Mimì in La Bohème at the Romanian National Opera in 2006. Next Stop, Vienna. Three years later, Anita was discovered by Wiener Staatsoper director Ioan Holender and invited to join the company.

Staatsoper for the first time and saw the stage, she was wide eyed with wonder, like a child. “I was very innocent, fascinated about all the history and all the people that had sung in that theater and walked those hallways,” she remembered. And then there were the costume fittings – “the same splendid costumes that had belonged to so many great singers before me! It was overwhelming, very exciting, very important to be there. I was fortunata, the fortunate one!”

She made her international debut as Musetta (La Bohème), a role perfect for a young, developing voice, and showcased a number of prestigious roles in Vienna, including Pamina (Die Zauberflöte), Despina (Così fan tutte), Zerlina (Don Giovanni), Marzelline (Fidelio), Micaëla (Carmen),or Susanna (Le Nozze di Figaro). One role she finds particularly interesting vocally is Marguerite in Faust. “It’s such a complex role,” she said, “and she changes so much throughout every act – a little bit insane, a little bit in love, or scared, all those dimensions and shades of personality.” She considers herself lucky to have been given so many different roles, from smaller ones like Papagena, covering lots of repertoire “to get the vocal width like top singers – demanding, yet exciting – to help me develop as an artist, as a human being.” For example, convincing others in the company – the singers, the conductors, the director – that you belong there. “Many times, I had to sing roles that are not my character or even vocally wise,” Hartig admitted. “But it’s always good to train your body and mind, to adapt and get out of your comfort zone.”

One such role was the part of the artful Susanna in Le Nozze di Figaro, the maid and Figaro’s intended. One of the longest roles in the literature – she is on stage in almost every scene – the part calls for an extremely agile, yet lighter voice than the more statuesque Countess, and virtuoso acting skills. Hartig took it as a welcome challenge: “As a character, a personality, I am more inclined to the Countess, but it [was] such an interesting challenge for me to adapt and make myself to believe in it! How could I become a believable Susanna?”

Her talent has taken her far afield. From Covent Garden to La Scala, from the Opéra national de Paris to the Met in New York, Anita has sung under the baton of leading conductors, including Hungarian Adam Fischer, Austrian Franz Welser-Möst, the Frenchman Bertrand de Billy, Italian Carlo Rizzi and British conductor Ivor Bolton.

Hailed by the New York Classical Review as having “a gorgeous instrument with superb dramatic instincts” and possessing a “lovely purity of sound” by the Financial Times, Hartig is one of the most highly sought-after opera stars today.

“I had to try to conquer the world,” she remembered. And now, having debuted in major opera houses on three continents, she is well on her way. 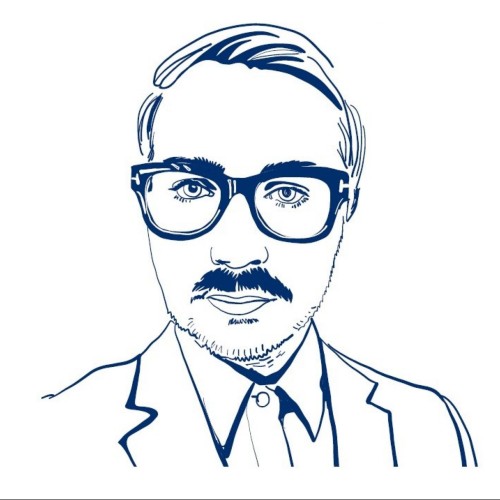 Florin Avram
Journalist at heart, he fell in love with radio when he landed his first job at Europa FM in Bucharest. Self-taught urban gardener and space exploration aficionado Florin calls Vienna home, sweet home.
Home is where the Herz isFeaturesPeopleRomanian in ViennaNewsVienna News
Previous articleHow To … Make Your Own Clothes
Next articleCommerzialbank – A Tale of Criminal Generosity and Incompetent Oversight