Just as we should not condemn a work of art because of the artist’s private behavior, we should also be careful about applying norms of social respectability to artistic expression.

Egon Schiele was jailed for corrupting young girls. Rembrandt cruelly mistreated his mistress, Picasso was beastly to his wives, Caravaggio lusted after young boys and was a murderer. If we were to remove all the art from museums or galleries because we disapproved of the artists’ behavior, great collections would soon be severely depleted.

Should we, as The New York Times movie critic A.O. Scott writes, reappraise the work in that light? There may be something sinister and immoral in the films that we should take into account.

In other words, bad behavior, or even alleged bad behavior, can taint an artistic work, because the artist cannot be separated from his art. This is at least a more interesting proposition than the notion that art should be disqualified just because we don’t like the way the artist behaved in private. But is it right?

Oscar Wilde famously said that there is no such thing as an immoral book, just well or badly written books. This is open to challenge. There is a moral component to most forms of human expression, including art.

Moral depravity can make for bad art. This may be one reason why there are so few examples of good Nazi art. Racial hatred was morally reprehensible in a way that Communist idealism, for example, was not. Sergei Eisenstein made Communist propaganda films, but these are also great works of art. Leni Riefenstahl’s Nazi propaganda films are technically astonishing, but otherwise repellent.

It is also true that art can transcend the private behavior of the artist. A writer, filmmaker, or painter who behaves badly toward wives or lovers can produce art that is deeply sympathetic to women. By the same token, perfectly behaved people can break all kinds of social taboos in their art. To judge the moral component of artistic expression, then, we must look not at the person who made it but at the work itself.

Last year, an online petition with 8,000 signatures asked the Metropolitan Museum of Art in New York to remove a famous painting by Balthus, showing an adolescent girl sitting on a chair with a patch of her underwear showing. To see this as a form of child pornography seems highly dubious. Balthus was moved by the dreaminess of girls on the cusp of adulthood. But even if Balthus, in his private life, was attracted to young women, there is nothing in the painting that suggests moral depravity or abuse.

Morality is not irrelevant. It is hard to imagine admiring art that espouses child abuse, racial hatred, or torture (often seen as less problematic than sexual content). But just as we should not condemn a work of art because of the artist’s private behavior, we should also be careful about applying norms of social respectability to artistic expression. Some art is meant to provoke, to push boundaries. People can do things in works of imagination that they would never do in life.

That is the way it should be. If we limited artistic expression to subjects that are commonly regarded as socially respectable, we would soon be left with moralistic kitsch, just the kind of thing rulers of authoritarian states like to promote in public, while doing things that are far worse than most artists would like to imagine. 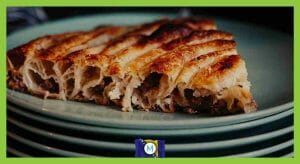 Where to Find the Best Bosnian Pita in Vienna