On Tuesday, Aug 22, the center-right ÖVP disclosed party funding they have received in 2018 and 2019 through private donations — shortly after they discovered that Der Standard was already actively investigating a leaked list. Believed to come directly through ÖVP channels, insiders suspect that the party decided to publicize the information before the media could.

Just under the limit

Most of the names had already been list on a 2017 record, with one notable omission. The billionaire Heidi Goëss-Horten, who according to Forbes magazine is the 4th richest Austrian citizen with a net worth of €3.1 billion, has donated a total of €931,000 to the ÖVP over the course of two years. What made the donations remarkable was the way she had made them, in segments of €49,000 per month, just under €50,000 threshold at which the donation must be reported to the Court of Audit. As of June 2019, this threshold has been lowered to €2,500. On a federal level, the law (Section 6, paragraph 1 of the Political Parties Act 2012) states that political parties in Austria are generally allowed to receive donations from any outside members without any specified limit. This law has now been changed, limiting party funding to €750,000.

“It has allowed parties to stay unchecked with their funding”

The ÖVP was vehemently against the introduction of a limit; they have led in party donations, with over €3 million received in 2017 alone. However, paragraph 2 of this law also demands that if a political party has received donations from outside members then these must be filed in an addendum to the annual statement of accounts, which must then be submitted by the political party to the Court of Audit for review. The information in these documents only gets disclosed years later, unless it crosses the monthly €2,500 threshold. As soon as this has been crossed, the political party needs to immediately inform the Court of Audit in a separate form with a full list of information about the origin of the donation, so that they can publish this information on their public website.

In the case of Heidi Horten, she knowingly kept funding just under this limit to avoid public scrutiny. Although suspicious, the action is not illegal. The Court of Audit is not allowed to review party finances, which many experts have heavily criticized because it means parties and their funding remain unchecked. With the old limit of €50,000 considered high, parties have managed to receive amounts of money without having to notify the Austrian Court of Audit. Heidi Horton has yet to make a statement. 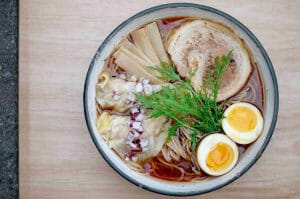