A quick-and-dirty synopsis of recent headlines in Vienna.

The new year for the new government started with controversies centered on vice-chancellor Heinz-Christian Strache’s Freedom Party (FPÖ), the junior partner in the new ruling coalition with the Conservatives (ÖVP).

The FPÖ has long been targeting Austria’s public broadcaster ORF, accusing it of biased reporting. Now, two incidents have ratcheted up the pressure. In January, the Austrian weekly Falter reported that the government was considering discontinuing the ORF’s only English-language radio station FM4 next year, known for critical reporting and playing music beyond the mainstream.

Government spokespeople called the plans “rumors without basis.” Then, on February 13, Strache posted a picture on his Facebook page asserting that “There is a place where lies become news. That’s the ORF,” depicting ORF anchorman Armin Wolf. Strache annontated the picture with “satire” and posited that him posting it on Mardi Gras was meant as a humorous stunt.

Armin Wolf, who resolved to sue the vice chancellor over these perceived slurs, did not take kindly to this view. The FPÖ also announced they were setting up a historical commission to review the past of the party.

This was a reaction to mounting criticism after ugly anti-Semitic texts surfaced in a songbook published by a Burschenschaft (fraternity), of which the FPÖ’s lead candidate for the regional elections in Lower Austria, Udo Landbauer, was a member.

The commission will be headed by Wilhelm Brauneder, former dean of the Faculty of Law at the University of Vienna and former third president of the national council for the FPÖ. The party insists that the commission will draw on the expertise of impartial historians and vowed also to cooperate with the Archive of the Austrian Resistance (DÖW).

However, many remain skeptical if a commission set up by the FPÖ and headed by one of their own will be able to truly produce an unbiased and objective report.

Austria’s FPÖ is following the script of populist right-wing parties – attack the media, stand for law and order.

“In 32 years of working as a journalist, no one has ever accused me of lying. As a matter of course, I will press charges and I assume that the ORF will do so as well.” – Armin Wolf, ORF anchorman

Austrians turned out in thousands to form a Lichtermeer sea of light (sea of light) on February 2 to commemorate Ute Bock, a champion for refugees and human rights, who passed away on January 19.

Born in Linz in 1942 and an educator by training, Bock worked in a youth facility in Vienna’s Zohmanngasse From 1969 onwards. When more and more foreign children were stranded at her facility in the 1990s, Bock began helping asylum seekers.

A pivotal moment came in 1999, when 30 young Africans were arrested on charges of drug trafficking in a controversial raid on her center. She then started to organize private residential communities, which she self-funded and supervised.

In 2000, Bock retired but continued working on her project. These days, there are over 350 asylum seekers who find accommodation in Ute Bock’s organized apartments, where they also get legal advice.

Another 1,000 homeless asylum seekers have their mailing address at the Association Ute Bock, which relies on donations. In 2012, Bock was awarded the Golden Badge for Merits for the Republic of Austria by then-President Heinz Fischer.

Her work will be carried on by many people –perhaps the greatest parting gift Austrian society can give.

Ute Bock founded the Ute-Bock-Haus, where refugees can find a home until they can get by in Austria by themselves. They often called her “Mama” (mother).

“I have bats in the belfry, but there are many people out there who support my bats.” – Ute Bock, at the 2012 award ceremony for getting the Golden Badge of Merits for the Republic of Austria

Austrians Organize For Women & Against Smoking

The new government’s decision to rescind Austria’s smoking ban in restaurants and bars, initially intended to go into effect in May 2018, was greeted by dismay from many sides.

Now, the Ärztekammer (Austrian Medical Chamber) and Krebshilfe (Cancer Aid Association) have filed the proceedings to get a Volksbegehren (a type of consultative referendum) started.

Their goal is to build public pressure to uphold the ban. Volkbegehren are direct democratic petitions that can be started by citizens or civil society organizations; if approved, and if they receive more than 100,000 signatures in support, the proposal has to be discussed in parliament.

It is widely expected that the initiative will reach both the necessary 8,401 Unterstüzungserkl.rungen (endorsements) by February 15 to get started, and the 100,000 official signatures later on.

Simultaneously, a campaign for a new Frauenvolksbegehren (Women’s Volksbegehren) just kicked off. This comes a bit more than 20 years after the first such initiative in 1997, which sought to strengthen the position and independence of women in society.

The goals of the petition are achieving greater political representation for women, closing the wage gap and changing the portrayal of women in advertising and the media.

A mix of ambitious steps for now and visions for the future, the Frauenvolksbegehren has not been endorsed by a single government minister, not even the Minister for Women, Families and Youth, Juliane Bogner-Strauß (ÖVP).

A spokesperson for the initiative called the government’s lack of enthusiasm “a shame.” They plan to submit the necessary endorsements on International Women’s Day on March 8 .

A whopping 47% of the Austrian people smoke, putting the country on the first (or last) place globally. As for the wage gap between men and women, Austria ranks second to last in the EU, with 22.9% percent difference on average. So, plenty of reasons for both Volksbegehren

On January 27, the Viennese Social Democrats (SPÖ) elected the next chairman and successor to long-term mayor Michael Häupl, who had presided over the city for 24 years.

About 1,000 party members had the choice between Andreas Schieder, a former state secretary, and Michael Ludwig, Vienna’s current city councillor for housing. Ludwig won with 57% of the vote and is now tapped to become mayor on May 24, following a formal vote in Vienna’s Landtag (regional assembly).

The future mayor of Vienna was born here in 1961 and is considered part of the pragmatic wing of the party, championing tougher rules for access to municipal housing and a stronger focus on the city’s outer districts.

One day later, on January 28, regional elections in Lower Austria took place. The ruling Conservative Party (ÖVP) got 49.6% of the vote and managed to nab an absolute majority with 29 deputies. The ÖVP’s lead candidate, Johanna Mikl-Leitner, is thus set for another term.

“I want to strengthen the ‘us-feeling’ in our city.” – Michael Ludwig, future mayor of Vienna

The event, held in Vienna’s State Opera, is the traditional highlight of Austria’s ball season. The opening is broadcasted annually live by Austria’s public broadcaster ORF, as is the ball night with around 5,000 guests. 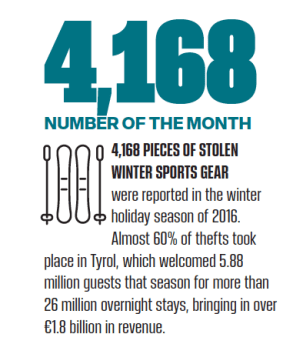 Newly minted chancellor Sebastian Kurz appeared with the ÖVP ministers and accompanied by human-rights activist and former model Waris Dirie. The debutantsperformed a polka by Strauss, once again choreographed by Roman Svabek.

Austrian President Alexander Van der Bellen also attended and mentioned having “many good conversations” with Ukrainian President Petro Poroschenko, whom he had invited.

The ball garners significant international attention every year and concludes the celebratory season, leading into Lent.

The “ball of balls” was watched by over 1.4 million viewers on Austria’s public broadcaster ORF.

“Alles Oper!” – Maria Grossbauer, organizer of the Opera Ball allows herself a play on the traditional opening line for the ball, “Alles Walzer.” 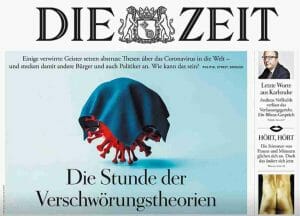 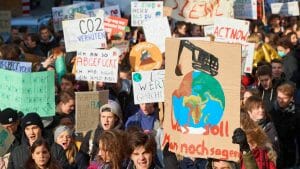 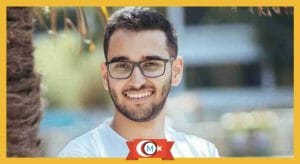