“Eine Tüte, bitte!” – a casual request at a supermarket checkout – is social suicide for a German in Vienna. For the clueless visitor from the north, Tüte and Sackerl may appear to mean the same thing, i.e. shopping bag. But for a proud Austrian, these are far more than words.

Like the English and the Americans, Germans and Austrians are divided by their common language. But more, perhaps, by their relevance on the worldwide stage, where the cousins drifted apart after World War II: Germany today is economically and politically the most influential country in the European Union. Terms such as Oktoberfest, BMW and German efficiency have become trademarks around the globe. And Austria?

Little Austria, long since stripped of her empire, has been struggling for some time to build a strong national identity separate from the almighty big brother. Lederhosen, Dirndl and beer – all those Austrian icons have long since been stolen by the Bavarians. Even Haydn’s magnificent Kaiserhymne is now the German national anthem, leaving us as the country where weird things are going on in basements.

Both nations are blessed with a long list of historic personalities, but with some of them it seems unclear who owns the marketing copyrights. Mozart was born in Salzburg, but Germans argue that the city had not been part of Austria during his lifetime. Beethoven was born in Bonn but, as Austrians like to point out, he spent most of his professional life in Vienna.

Only recently the Germans tried to claim Oscar winner Christoph Waltz (born in Vienna to German parents), a dispute the famous actor promptly settled with anecdotes about his childhood in Grinzing.

As a consequence of all this cultural discomposure, Austrians have been (desperately, some might say) jumping on everything that distinguishes them from the Germans. Making fun of the “Piefke” and their barbaric culture, terrible coffee and stuck-up behavior has become de rigueur, even in their presence. The victims of this endless teasing have the choice of swallowing it or arguing back, by which they merely prove their hopeless lack of Wiener Schmäh.

One Time in Córdoba

A full 1.2 million German tourists visited Vienna in 2016, most of whom were probably amazed that nearly everybody had an opinion about their native land. This comes as no surprise considering that we watch their television programs, read their newspapers and, God knows why, try to compete with them (10 times as large) in football, instead of looking for an opponent more our size, like Switzerland, where they technically also speak our language. But nobody seems to care. However, being annihilated every single time on the pitch, standing up and bumping our heads against the wall without any learning curve is just something that seems to define the Austrian mentality. And no, we will not mention Córdoba in this article.

Germans on the other hand seem to know very little about the Alpine Republic, except that the skiing is fantastic and you can get to die for desserts in even the shabbiest bakery. In fact, the food, in general, just tastes better.

Living the good life is where Austrians are clearly doing a superior job: Spending a whole afternoon in a café reading newspapers is a totally acceptable pastime here. Germans attempting to call a Viennese office on a Friday afternoon are abbergasted by the friendly message of an answering machine. At this point they try to gure out how they can move here – leading to over 6,000 Germans moving here every year, making them Austria’s largest immigrant group.

Austria has the best of both worlds, a Wiener Melange of Mediterranean laissez-faire and German efficiency: While in Germany actions say more than words, Austrians get to work early but are happy to solve the world’s problems from the safety of their favorite café, knowing that “the situation is hopeless, but never serious.”

The truth is that the two countries are probably much more similar than we’d like to admit. But it is the rivalry, the friendly teasing, that is always borderline insulting, that stirs up the nature of this special relationship.

And one day… one day… we will beat them again in football. 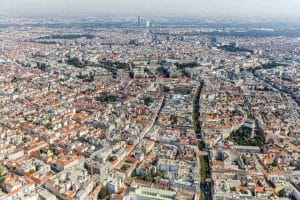 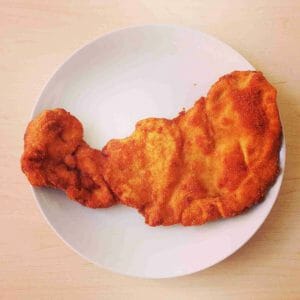 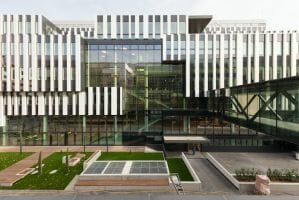 Austrian Culture – What It Means to be a typical Austrian