Radio The Bar is a bit of a weird place; nothing really fits together, yet it is somehow
coherent. There are 800 records, 70 disco balls and some old radios that define the look. “You can’t have enough glitter” is the motto of Bavarian Marco Brandl, who six years ago was able to make the dream of his own bar come true in Vienna. This would not have worked in his home country, he says. His concept is too nonconformist, the music too special. In Vienna, Marco has found an audience that appreciates the music mix of “deep house,” “vocal house” and “electro.” Many regular customers come several times a week: They enjoy the authenticity of the bar and the Bavarian beers that Marco has brought from his home on Lake Chiemsee. For many guests, Radio The Bar has become a second living room, just as Vienna has become Marco’s home.

The North German culture of eating and drinking is in top form in Vienna just around the corner from the Karmelitermarkt at Wulfisch, a popular Grätzltreff with a unique selling point: Only Stephan Wulf offers crab salad, fish sandwiches and draft beer with a side order of North German directness.

This directness, typical of Schleswig-Holstein, is quite different to Viennese manners – here people are less to the point and use more diminutives and modifiers, says Wulf. Despite the differences, though, setting up shop has been relatively easy here for him: Austrians like to do business with Germans, whose correctness is appreciated. And he takes on the stumbling blocks, the typical Viennese bureaucracy, with creativity: In order to have a Schanigarten for longer, he converted a T2 platform truck and used it as a seating and dining area. Unfortunately, Wulf soon had to give this up again, as well as his beach chair in front of the restaurant door. But he took it in stride and bowed to the regulations. Even if he misses the sea and the North German mentality, he wanted to keep his restaurant.

For regulars and customers, Stephanie Edtstadtler’s Café Fräulein’s is a second living room. Here everyone is greeted, often by name, and personal hospitality and feeling at ease are given top priority. That is, next to Bavarian beer and Butterbrezeln. The atmosphere of the bar is a throwback to Edtstadtler’s youth in the Bavarian countryside, where everybody knows everybody. For her, being personal is also a trait of Vienna – a city where life in the Grätzl is like a village, she says. People wave and chat in the streets, just as if they were in the countryside.

Now in early 2021, another Bavarian-Viennese hybrid is in the planning stage: Edtstadtler will open Fräuleins Fabelhaften Sommergarten on the Danube Canal. On 800 square meters you will find Bavarian catering, barbecue areas, leisure facilities and the Bavarian beer garden tradition, which allows you to bring your own food. Just like Café Fräulein’s, the Sommergarten is intended to be a place of comfort and well-being for all, where Bavarian and Viennese cuisines go hand in hand. 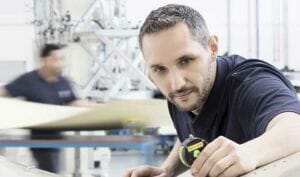