Austrians enjoy generous worker benefits – hard to imagine for Americans, who remain ambitious and optimistic, a spirit that is harder to find in Vienna

A paid sabbatical? You can do this every three years?!” When I told my American friends that I was on a year-long Bildungskarenz, the educational leave approved and even encouraged by my employer, they were flabbergasted. I probably should have stopped there, without elaborating on the many social benefits of the Austrian welfare state – the paid maternal leave, unlimited sick days and at least five weeks of paid vacation time that is taken as a matter of course. They stared, and could only reply, “Why do we still live in the U.S.?”

For Americans, who often can’t take more than two weeks holiday per year, the Austrian welfare state must seem like paradise – although they are often bewildered that even in cities like Vienna almost all shops and many restaurants are closed on Sunday. And if you ever try eating out after 10 pm or calling an office on a Friday afternoon, you won’t get far. Is it part of what has earned Austrians the reputation of being laid-back, a nation of Owezahrer (unmotivated sluggards)?

According to OECD statistics, the opposite is the case. “Austria actually has a culture of hard work and long hours”, says Jörg Flecker, professor of sociology at the University of Vienna. For many Austrians, the workday begins at 8:00 and ends at 18:00, with half an hour for lunch. “In Denmark, a country of comparable size and wealth, people work five hours fewer.”

In 2016, Austrians worked 35.6 hours per week – in the United States, 38.6 – but these numbers also include many part-time employees. In Austria, nearly half of all women work part-time. According to the OeGB (Austrian Trade Union Federation) that can leave them at risk of living on the edge. The best protection against in-work poverty, the Federation says, is full-time employment. Austria has among the most public holidays in Europe (11 days), only one more than in the U.S., but Austrian workers add to that a minimum of five weeks (25 workdays) of paid leave, something most Americans can only dream of.

So individual Austrians work less, but this is a mixed bag, with career disadvantages and a potential reduction in social benefits like pension or insurance. “There is a huge difference between reducing the working time of everybody or of individuals,” says Flecker, who calls for a shorter work week on a general basis. This would help redistribute compensation across all social groups, and eventually lead to more compatibility between work and family life.

But hours worked tell you little about work ethic or the value of work in people’s lives. People are highly influenced by their surroundings, and many Austrians in New York say they find the spirit there more inspiring than at home.

One of them is Lisa Silbermayr, from Upper Austria, who grew up in Vienna. Three years ago, she left Austria to study at the School of Visual Arts in New York and now works for an architectural firm in Manhattan. She travels several times a year for work, and when she comes back she often has to fight with her human resource department for comp time. In fact, conflicts over hours are common in the U.S.: When people are sick, for example, it’s widespread practice to come in to work for a couple of hours, and then go home – nobody wants to waste one of their ten sacred vacation days.

Once, when one of her coworkers had a breakdown, “hardly anyone reacted, they just continued to work,” Silbermayr remembered, disappointed by the lack of social awareness. But she isn’t considering returning to Austria – she would miss the drive and the positive spirit she has experienced in New York.

Silbermayr is one of a group of creative Austrians – journalists, photographers, curators, museum administrators – who hadn’t planned to stay in New York but did. They stay despite harsher living conditions that include far higher rents (in Brooklyn, $1,000 per month is considered “cheap”), a lack of social benefits, the faster pace of life and more competition.

But those “cultural workers” don’t reflect the general American population, the permanent availability, the required overtime, the serial unemployed or those who, out of exhaustion, sleep on their commute to Manhattan for one of their three jobs.

“Comparing work ethic is difficult,” says Flecker. “There are big differences depending on the industry, the occupational group or the company.” There is no specific research he can point to, only his own experience and reports that sometimes conflict: One Austrian nurse found Sweden much more relaxed than Austria, while another described Swiss hospital practice as continually “wasting time” compared to the efficiency she was used to in Austria.

But Austria is no bed of roses either, or at least not for everybody. “Even though there was no single big break that deregulated the labor market, working conditions in Austria have changed a lot,” Flecker says. Work has become more flexible, yet the reduction of average hours worked has stalled since the 1980s. Part of this is due to a significant rise in Scheinselbständigkeit, feigned free- lancing, i.e. working as a self-employed contractor for a single employer but without the benefits of true employment. At the same time, unemployment has gone up: It reached an post 1950s high of 6.3% in August 2016, went down to 5.4% in July 2017, according to Eurostat (and still remarkably low by inter- national comparison).

But benefits are generous and reliable. In Austria, the unemployed get at least 55% of their former salary in benefits, helping to ease existential fears, although most still feel a stigma from being without a job. “It is only the older generation that is frequently or long-term unemployed,” says Flecker. “As much of society is still not affected, unemployment is not considered as big of a scandal as it actually is.”

But starting a career can also be a challenge: For a young journalist, it is not uncommon to do a several internships – sometimes as many as five or six – in various media companies before finding full-time employment, part of the so-called Generation Praktikum (Generation Internship). Many criticize a system that requires a growing proportion of young people to start their working life with an internship, often a disguise for regular work that rarely guarantees a path toward regular employment. In the U.S., in contrast, an internship is considered “free training” that gives young people the chance to gain all-important work experience. So while Austrians consider internships exploitation, an American tends to ask: Why should an employer hire somebody they still have to train?

These differences are illustrated well by history: In 1950, Americans struggled to implement the Marshall Plan in Austria. “It involved the transfer of attitudes, habits and values as well as resources, indeed a whole way of life that Marshall planners associated with progress in the marketplace of politics and social relationships as much as they did with industry and agriculture,” says Michael J. Hogan, history professor at the University of Illinois.

The program wanted to improve factory-level productivity, labor management relations, free trade unions and introduce modern business practices. The Economic Cooperation Administration, the U.S. government agency that administered the European Recovery Program, dubbed Marshall Plan after its main proponent, distributed around $300 million and attempted to steer the Austrian social partnership toward goals of productivity and growth instead of redistribution and consumption.

But their efforts were blocked by the Austrian practice of making decisions behind closed doors, insisting on what they saw as the right balance in favor of protected industries committed to social goals. The Americans struggled to change this, to dismantle the cartels and remove legal barriers to competition. But ultimately they were instead responsible for the creation of the vast monopolistic public sector, which became the basis for modern Austrian social democracy.

In other words, the Austrians refused to accept the American love of competition and productivity over the public welfare – an ethos we can only thank our lucky stars they were stubborn enough to hold at bay. 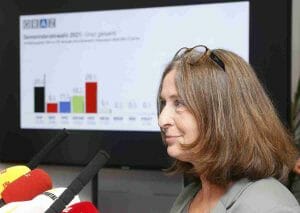 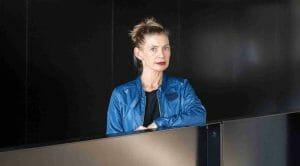