In his first entry on June 7, 1932 Charles Brackett describes his decision to start keeping a diary on a “not particularly significant day” – while unemployment just hit 23.6 per cent and America is lurching off the gold standard, it is a typical day for him. He arrives in New York City from Saratoga Springs at 7:30, then lunch with the film critic of The New Yorker, afternoon with his agent discussing a saleable story, squash at the University Club, dinner with a writer friend to explore other projects. The creative business world has always run on martinis and braised scallops.

Soon, he is on a plane to Hollywood, with severe misgivings that “the excursion into cinema is … probably a mistake.” The offer of $750 a week (about $14,000 today) decides – fortunately for fans of Sunset Boulevard. He is met off the plane at 11:40, straight on to lunch at the RKO studios, a story conference with director George Cukor and on to dinner with another RKO executive. A gentleman’s life it probably was, but a life of leisure it was not. Brackett may have played the patrician around dinner and conference tables, but he could be amusingly vitriolic in the privacy of his diary. The detail obsessed David Selznick “decided to eliminate the only thing that gave the scene any distinction.” A social-climbing Countess Dorothy di Frasso is dismissed as “the most unattractive, vulgar carnivore in North America.”

But even at his most critical, Brackett’s breeding shows through: After a cocktail-fueled dinner fiasco at which the host’s sister-in-law ends up slapping another guest, Brackett confides to his diary: “I found in myself a Victorian regret, or rather shame, that members of the supposedly upper class should have so behaved before the servants.” And so the roundelay continues, good days and disaster days, he is fired and rehired with dizzying rapidity on the Tinseltown carousel.

In It’s the Pictures That Got Small: Charles Brackett on Billy Wilder and Hollywood’s Golden Age, editor Anthony Slide produces a wellpaced and elegantly streamed diary of the great screenwriting partner of this favorite son of old Vienna. Brackett first meets Wilder on August 17, 1936 and immediately recognizes him as someone he can work with. He describes Billy pacing around, spewing out wild ideas, but “with a blasé humor that stimulates mine.” First impressions are famously seldom wrong, and this was the birth day of what was to become one of the greatest creative partnerships in movie history. As an industry wag later put it: “They are the happiest couple in Hollywood.”

Working with a maverick like Wilder was not easy. Brackett was often driven to distraction by Wilder’s mood swings and histrionics, his frequent illnesses, real or imagined, and “by his niggling passion for changing words without changing their meaning.” Nonetheless, the team stayed together for 14 turbulent years and Brackett’s diaries give fascinating insights into the mechanics of the Hollywood studio machine. The workload is impressive, most days till midnight, daytimes interrupted with screenings and diplomatic missions to anxious stars. Crisis script doctoring is intriguing: Often they would be abruptly summoned to a sound stage shooting someone else’s movie to rewrite a problem scene on the spot.

No history of the Brackett/Wilder team is complete without the saga of Sunset Boulevard. The apparently seamless story of tragic, delusional grandeur was the result of a wild slalom of ideas – their tentative title for the movie was Can of Beans!

The line between triumph and catastrophe in Tinseltown was ever wafer thin. Even without the Billy Wilder factor, this is a book to devour or just browse, a uniquely privileged peek into the innermost workings of the dream factory in its golden era.

How to be a Spy 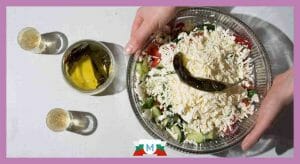