Understanding requires much more than merely speaking the same language. It’s the culture that matters.

In a Viennese café: you’ve found a table, caught the waiter’s eye and call out “Herr Ober!” He goes right by, oblivious? You turn to your new acquaintance apologetically, trying to work out in ten seconds whether to use Du or Sie… Does her raised eyebrow mean she’s offended or amused?

Michael Agar, author of Language Shock: Understanding the Culture of Conversation, would consider such moments as “rich points” in Austrian culture. Grammar, vocabulary and pronunciation are only small parts of communication – let alone being understood. Far more important and intriguing are the complexities of culture, which he explores in his easily accessible ride through linguistics, anthropology and culture studies.  Rich in examples from the author’s ample experience across countries, languages and cultures – with Austria and especially Vienna featured prominently among them – Agar leads the reader by the hand into a new way of approaching the world.

A scholarly guide to life abroad
Language Shock is a hybrid of a scholarly treatise and a guide to deciphering the everyday challenges of language and culture. First published twenty years ago, its core message hasn’t lost any of its intellectual appeal. While reading it, one often wonders how different our world would look today if more people had heeded its advice. Written in an age before 9/11, the War on Terror, the Arab Spring and the current refugee crisis,  this book makes a contemporary reader aware that despite a cottage industry in intercultural training and small armies studying and living abroad, we are still groping in the dark in our encounters with other cultures.

1996 also saw publication of Samuel Huntington’s influential thesis The Clash of Civilizations. The debate over how best to engage with “the other” – defined by language, culture, origin, religion, socioeconomic status or worldview – has been raging ever since. Whereas Huntington opened up deep rifts with his thesis of neatly organized and potentially bitterly opposed civilizations in perpetual conflict, Agar tries to build bridges. He wants to, in his words, “make a multicultural world work.”

Number-two identity
Agar advocates for a new perception of language and culture merged as languaculture – going from a “number-one identity,” where you see your way of doing, seeing and naming things as the gold standard and everything else as weird, to a “number-two identity,” where cultural differences are explored with curiosity and interest. For Agar, culture can be nationality, but can also be a group of junkies, the profession of North American trucking or even a seafood restaurant – any group or entity having its own frames of meaning and specific usage of language.

Agar gives many real-life examples where his initial perplexity at linguacultural differences when entering such frames was overcome by applying his principles. Indeed, such examples are the big payoff for any student of Austrian culture. When reading the chapter about Schmäh, one is simultaneously amused and rearing to debate the exact meaning of the word – a splendid example of the rich meaning of specific terms and the controversy they can spark, even among natives.

At times, the erudite reader may long for a more diverse, in-depth examination of cross-cultural encounters, perhaps Chinese, Arab or Indian ones. Then again, it is commendable that Agar sticks to what he knows first hand, even if they are predominantly Western. His theories are well-grounded and the advice valuable, even optimistic.

In an age where the call for “safe spaces” grows louder, Agar encourages us to take risks: “If you’re not making mistakes, you’re not learning anything.” 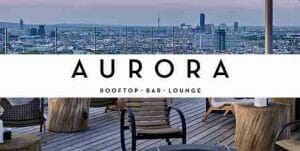 Profile | The Kesselbrüder’s Wien Gin Embodies the Spirit of Vienna