Eric Weiner traces how time, place, background and clutter figure into the settings where genius is born.

What happens when former National Public Radio correspondent and journalist Eric Weiner sets out to determine how and where genius develops? The answer is surprising and told compellingly in The Geography of Genius.

As Weiner notes, “Today, we suffer from a serious case of genius inflation. The word is tossed around promiscuously.”  There are smart people who have accomplished little, and plenty of “average” ones who have done great things. So genius is not just about being smart, writes Weiner, it is about creating something “new, surprising, and useful.”

Today, we suffer from a serious case of genius inflation. The word is tossed around promiscuously.

To earn the rank of genius requires a leap of innovation. So the question Weiner poses is not simply what these leaps look like, but where and when they take place. “Certain places, at certain times, produced a bumper crop of brilliant minds and good ideas. The question is why.”

To find the answer, Weiner embarks on a modern version of the Grand Tour taken by young English gentlemen in the 18th and 19th centuries to broaden their minds.

Creativity develops primarily in cities, which makes Weiner’s travels easier. He chooses six historical places and one modern one: ancient Athens; Hangzhou, China; Renaissance Florence; Enlightenment Edinburgh; Calcutta (1840-1920); Vienna around 1900; and, finally, Silicon Valley today. Each chapter has a subtext: In ancient Athens, genius is simple. In Hangzhou genius is nothing new. In Florence, it is expensive. In Edinburgh, it is practical. In Calcutta, it is chaotic, and in Mozart’s Vienna, it is unintentional.  Genius is contagious in the case of Sigmund Freud’s Vienna, and in the case of Silicon Valley, genius is weak.

Moving through space and time, Weiner weaves a narrative of how human beings come up with their most creative ideas – the ones that are, well, genius. Leaps of innovation are what move societies forward and grant individuals genius status, and what better places for innovation than cities, where humans are in close proximity to one another?

The Genesis of Genius
Vienna at the turn of the 19th to the 20th centuries was a specific time and place where conditions came together to produce a “climate of genius.” Weiner has two chapters set in Vienna, one focused on composer Wolfgang Amadeus Mozart and the other on psychologist Sigmund Freud. Weiner notes that Mozart and Freud both came to Vienna from elsewhere, Mozart from Salzburg and Freud from Galicia.

In every example, there is something extraordinary that provides the impulse, some aspect of time and place. Often it is migrant background, which Weiner decides may be more important than other factors, the ramifications far reaching. “Ethnic diversity can jump-start creativity.”

In fact, this is true in almost all of the societies he takes as examples: “Immigrants have more ingredients to work with than nonimmigrants, and that can lead to greater creativity.” Still, there is a caveat: Having to overcome challenges leads to creative thinking in some and despondency in others. Some migrants open up, others shut down.

Some factors are counterintuitive: Moderate noise levels of 70 decibels can actually enhance creativity more than either quiet or clamorous environments, as can a cluttered desk. Beethoven was as messy as they come, leaving his half-eaten dinner and drafts of musical scores scattered around his piano, while not emptying his chamber pot. Einstein was known to have a desk piled with papers.

Why are so few women recognized as geniuses?  “The reason is simple: until recently, most of the world wouldn’t allow it. We get exactly the geniuses that we want and that we deserve.”

The Geography of Genius is a fun book. There are tidbits of information everywhere. This is really a trip though time, an examination of what compels geniuses to reach their own pinnacles of success and how societies, sometimes accidentally, help them along.

Full disclosure: METROPOLE Publisher Dardis McNamee was among those Eric Weiner interviewed for the Vienna sections of his book.

The Geography of Genius:
A Search for the World’s Most Creative Places from Ancient Athens to Silicon Valley 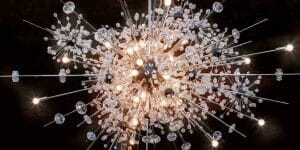 Opinion | Does Austria’s Military Have a Future Role to Play on the International Stage?