Until German unification in 1871, Austria-Hungary and the German states had been in near-constant conflict. Hopes for a “Greater German Solution” with a Habsburg-dominated Central Europe ended in 1866, with the Austrians suffering a crushing defeat that led to a new constitution and the formation of the dual monarchy in 1867.

Then in 1879, Austria-Hungary and Germany entered into the “Dual Alliance,” a pact of mutual defense in the event of an attack by Russia, and “benevolent neutrality” in the face of any other European aggression, thought by many to mean France. From that date, a series of German military attachés reported on the state of the Austro-Hungarian army until the declaration of war on Serbia in August 1914. Author Tim Hadley began researching Military Diplomacy in the Dual Alliance to “discover exactly why Germany was unaware of the weaknesses of the Austrian army that had contributed to her grave difficulties at the beginning of the war.” After all, events in 1866 had revealed the Austrian military’s weaknesses, and the German attachés in Vienna must have been aware of “the nationalities issue, the military budget, the dearth of artillery, and the performance of army units in maneuvers.”

One of the most fascinating parts of this story is how the reports survived the years following World War I. Stored at the German Embassy in Vienna until its closure following the annexation of Austria in 1938, they were moved to the German Foreign Office in Berlin in 1940. As luck would have it, they were not touched by the bombing of the Reichsarchiv in 1945; poorly labeled, the boxes gathered dust in the Foreign Office’s archive until 1989.

The documents also survived transferral from Berlin to the West German capital at Bonn and back to Berlin after 1990. Hadley’s Military Diplomacy in the Dual Alliance is the first book to make extensive use of these reports.

“As early as 1883, four years after the countries had become formally allied,” writes Hadley, “the German civilian leadership became concerned about Austria’s ability to fulfill her alliance obligations in the event of war.” Later events would prove this correct, fully anticipating the weaknesses that would become evident in the field during the first three months of WW I.

Military Diplomacy in the Dual Alliance examines the role of military attachés in the late 19th and early 20th centuries, then looks at how the reports were used by the German General Staff in Berlin, and finally at the reporting record of each of the German military attachés in Vienna. In what had become a “dysfunctional alliance,” the last military attaché, Count Karl von Kageneck, who began reporting from Vienna in September 1906 and continued through the beginning of WW I, was at great pains to keep the “stormy relationship” between the two nations under control. Hadley combines Kageneck’s private diary entries with his military reports and complement these with documents from the Austrian State Archives to paint a picture of a talented officer and diplomat placed in an untenable situation. It is hard not to admire Kageneck as he is thrust into the turbulence surrounding the Dual Alliance entering WW I.

Germany’s second-in-command and later ally of Adolf Hitler, General Erich Ludendorff, placed the entire blame for the poor performance of the central powers during the first four months of the war on Austria-Hungary, whom he referred to as “this dying man.” Moreover, he blamed German military attachés in Vienna, noting they had not “told the plain truth about the quality of Austrian forces before the war.” As it turns out, Ludendorff was wrong. The military attachés did their jobs well. The failures in assessing Austria’s war-fighting capabilities lay solely with the High Command in Berlin.

“Angel of Oblivion” by Maja Haderlap | A History of Violent Persecution 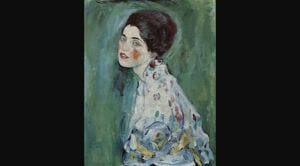 Make the Most of Vienna During the Dog Days of Summer