A master of the feuilleton, the author’s virtuosity is on full display on every page of this collection of newspaper essays about people and politics in Europe in the 1920s and 30s

Joseph Roth was a master of the feuilleton – or “saying true things on half a page” as Roth himself defined this form of short personal essay. His virtuosity is on full display in The Hotel Years, an idiosyncratic, -serendipitous collection of pieces that he wrote for newspapers in the 1920s and 1930s.

Best known for The Radetzky March, his novel about the decline and fall of the Austro-Hungarian Empire, Roth wrote three to five feuilletons a week for much of his writing career, which spanned the interwar period. At the same time he was also writing fiction.

Born into a Jewish family in 1894 in what is now western Ukraine, Roth migrated to Vienna for university, then enlisted in the Austrian Army during World War I. He took up journalism after the war, eventually made his way to Berlin and later to Paris. But his true home was on the road.

The Hotel Years reflects Roth’s peripatetic life, as well as the wide range of his interests and the versatility of his prose. Its 64 essays, most two to four pages, address some of the great themes of Roth’s time – the end of empire, the aftermath of war, hyper-inflation and poverty, communism and fascism, displacement and exile.

But he also wrote highly personal meditations on “pleasures and pains” ranging from the discomforts of train travel to the delights of spring – including a charming essay on love and lust in Vienna’s Volksgarten. Roth could read a whole life in a glance or a gesture. A series of pieces on hotels, including portraits of chambermaids, concierges and haughty guests,  showcases his keen eye for the telling detail. In just a few pages he reveals volumes. According to Roth’s English translator, Michael Hofmann, the Nobel Prize-winning Russian poet Joseph Brodsky once pronounced that Roth had “a poem on every page.”

Times of change and tragedy

Roth’s sketches of people are marked by a deep well of sympathy, while other pieces, particularly those with a political edge, have a mordant bite. The Hotel Years includes prescient essays on his visits to the “workers’ paradise” of the USSR, fascist Italy, and the young Republic of Albania (where he disembarked with “a man hoping in this land of beards to sell Gillette razors”), as well as life in Germany and Austria during the rise of Nazism.

Though he was allergic to sentiment and nostalgia, Roth looked back on the Austro-Hungarian Empire with ambivalence. Recalling when, as a young soldier about to leave for the front, he witnessed the funeral of Franz Joseph, he wrote: “I had a clear sense of the absurdity of the last years, but this absurdity was also part of my childhood. The chilly sun of the Habsburgs was being extinguished, but it has at least been a sun.” In the following years, until he died of alcoholism at the age of 44 in 1939, Roth chronicled the descent of darkness across Europe and the turbulent forces that destroyed all traces of the world of his childhood, week by week, page by page. 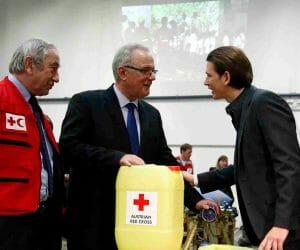 Should the Viennese Really Take that Much Pride in Being Unfriendly?