How neoliberalism changed Central Europe in Europe Since 1989

After the fall of Communism, “privatization” was the word of the day, and it seemed all of Central Europe was up for sale. In telecommunications, Deutsche Telekom invested in Hungary and Siemens in Poland; in automotive, Volkswagen took over the Czech firm Škoda, building, retooling plants near Prague and Bratislava.

Five years later, a group of young Germans affiliated with the Austrian Friedrich Ebert Stiftung went on a study visit to the Škoda factory in Mladá Boleslav. They expected local trade unionists to be boiling over injustices they were suffering under the new management, remembers Philipp Ther, who accompanied the group as a translator. Czech workers earned a third of their German colleagues and were not paid for overtime. But instead, they presented the visitors with a new Škoda model and proudly reported better discipline and fewer rejects than the plant in Wolfsburg.

As Ther describes it in Europe since 1989: A History, “the Škoda staff not only exemplified the popular myth of Czech inženýrství (a nation of technicians and tinkerers) but also vindicated the new owners’ clever concession of allowing the Czech plant to retain staff committees and strong trade unions.”

Europe since 1989 is a sweeping account of how neoliberalism, with its combination of minimal government intervention with an understanding of people’s fundamental self-interest, became a major guiding principle for economic and social policies in Central Eastern Europe. Ther presents sweeping macroeconomic evidence with clarity and precision, showing, for example, a quick rise of direct foreign investments and a much slower reduction of the skyrocketing unemployment in the early years. But if his volume stands out from more standard histories of the economic transitions in CEE, it is because of his keen eye for details of everyday life in countries undergoing profound social changes.

The ability to look beyond graphs and tables allows Ther to uncover a pattern that runs counter to neoliberal expectations: Those who adjusted best to the new economic order were not necessarily the ones who unequivocally accepted its rules. It was those who could rely on what they already knew, like the engineers from Mladá Boleslav, who used their traditional ethos to meet the challenges of neoliberalism. Similarly, Polish entrepreneurs had learned the tricks of the trade long before 1989 in the so-called Polonia enterprises created by Edward Gierek in 1979 to attract investment from Polish expats.

What happened, however, to the rest – to those who could not rely on human, social or financial capital to find a place in the new, neoliberal order – is not so pretty a story. Europe since 1989 is not so much a story of economic miracles (he compares the tripling of the Polish GDP and per capita purchasing power parity between 1989 and 2009 to the German economic boom of 50s and 60s) as it is a sad tale of forced economic migration and growing inequalities between cities and rural regions. In the officially poorest oblast (district) of Ukraine, Ternopil in Galicia, Ther reminds us, per capita GDP was only €1,216 and emigration rates in Western Ukraine are among the highest in all Europe.

If neoliberal reforms forced societies of CEE to mobilize every last resource to survive in the new reality and even brought acute poverty, why was there so little resistance? Europe since 1989 attempts to answer this question, but only at the level of decision makers, who after witnessing failures of perestroika and the Yugoslav “Third Way” came to believe that there really was no alternative.

The mystery of the proud Czech inženýrství, who run an exemplary factory, but have not gone on strike for higher wages, remains unsolved. 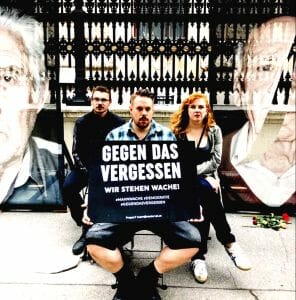 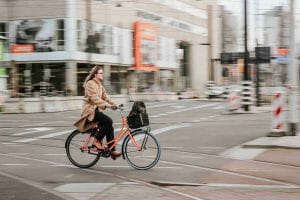