Devotees of American pop culture will surely have noticed that Vienna is not big on drive-in movie theaters. In fact, the only Austrian establishment of this kind that managed to gain some traction is in the suburb of Groß-Enzersdorf, on the city’s edge. Here the regular open-air showings – including the occasional hardcore porn – managed to draw in a loyal following of paying customers and fill their parking lot – and those hiding quietly in the nearby streets and cornfields, as the huge screen was clearly visible from a kilometer away. Sadly, it ceased regular operation 2014, it’s fate still undecided – a victim no doubt of easy access internet.

This story tells you something about the Viennese, and is one of twenty-eight quirky anecdotes featured in Harald Havas’ newest book Weird Vienna. These are tales very different from what tourists expect when they dive into the city armed with their TripAdvisor to-do lists guiding them on a walking tour of Schönbrunn Gardens or a tasting of the famous Sachertorte.

Speaking of the latter: Vienna’s most famous chocolate cake also gets an honorary mention in the book, specifically with the life or death question of whether it should contain a second layer of jam in the middle. Hotel Sacher says yes, Demel says no. And as those things tend to go in Vienna, the matter was actually taken to court, with the famed chronicler of Viennese culture Friedrich Torberg acting as a witness in the case. Anyone who ever claimed that the Viennese don’t have any real problems will appreciate this little anecdote.

Havas seems to enjoy looking at his hometown and country from a perspective somewhat removed from the usual Vienna city guides that give a polished picture of a spotless city packed with museums and historic landmarks. He has actually written four other books previously, showcasing the Viennese as by nature amenable to the stranger sides of their city and to life in general.

Did you know, for example, that there is a proper nuclear power plant hidden right inside the Prater? The core doesn’t get hotter than 200°C and is used merely for research – but it still counts as a nuclear plant. Admittedly this bit of trivia will probably not enrich your life – but it does give a new twist to the term “hot spot” and could make you the center of attention during your next evening out with friends.

Born and raised in Austria’s capital, Havas has approached his topic with a typically Viennese touch, never taking himself or anything he talks about too earnestly. “The situation is hopeless, but not serious” – Austrian writer Karl Kraus would have definitely approved of this book. The lighthearted, breezy language provides a very easy read and the compact stand-alone anecdotes make it a perfect bedtime diversion.

And how could you really go on living still claiming that Falco’s Rock Me Amadeus was the first Austrian song to hit number one in the American billboard charts? It might come as a shock, but this tenacious anecdote about Austria’s most famous pop star is an urban legend.

The true first Austrian to accomplish this milestone was actually Anton Karas for the Harry Lime Theme, the memorable zither music written for the movie The Third Man. Bonus fun fact: Today, the song is being used as the official theme of the Tokyo Ebisu station, where the first chords are played every time a metro door closes.

Guidebooks on Vienna are available in every bookshop on the planet that has a somewhat decent travel section. Weird Vienna probably won’t make it onto most of those shelves, but it should, giving a refreshingly different, fun and all in all very Viennese perspective on a city that too often gets treated like a theme park.

Profile | Michelle Mock and the art of Wedding Photography 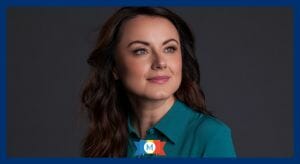 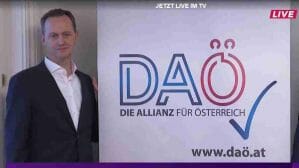