Who says what is full time or not? Generational trends are restructuring the workplace with some unexpected results

Sophie Martinetz was in her early 30s, when she decided she needed a change. A lawyer and head of business services at BAWAG PSK bank, she and her husband had come back to Vienna after several years in Berlin and London with one child and a second on the way.  Both liked working hard but were also determined to share childcare and have time for the family.

Job-sharing seemed like a good move.  “It’s ‘top-job sharing’ actually,” Martinetz says, that would involve setting up her own business and finding a partner with whom she could be joint CEO.  Her husband, too, would negotiate for flexibility at work.

The partner she found was Bettina Stomper-Rosam, and together they established Seinfeld Professionals, a legal services firm that provides brand management, marketing and PR for law firms, so their lawyer clients can concentrate on the law, and “not bother with anything else.” Their clients: 50% men, 50% women, all “people who value both money and time.”

They hadn’t known each other before. “We like and respect each other, but we’re not best friends,” Martinetz says. “In fact, that’s better. It’s a professional relationship.” But with two, the business gets “more than 100% capacity,” while they each get to do other things with their lives. It’s an arrangement still rare in Austria, and the envy of their friends.

Women are driving the trend

An increasing number of European employers, lead by the United Kingdom and Sweden, are turning to more flexible and creative employment models. Although the concept of job sharing has been around since the ‘70s, Austrian employers have been reluctant to follow suit.

According to a European-wide study by the human resources consultancy Robert Half, Austria approaches the European average of 25%, with CEOs chief concerns being problems of inefficiency, the complexity of the jobs in question, and the importance of the physical presence of senior managers. Although there are some examples of job-sharing among men, it is women who are clearly pioneering this trend.

“Sharing the job at this level is based on absolute trust,” said Martinetz. “She works 70% and I work 80%, and we run the company together.  But if she’s not available and I make a decision in her absence, she needs to be happy with it and vice-versa”.

On a day-to-day basis, Martinetz ensures there is a continuous presence, being either in the office or available by telephone. Updating each other is important, but it works best for all if the debriefing is kept to once a day.

This is not just about convenience. Martinetz fundamentally questions the premise of full time work. “Who says what is full time or not?” she asks. There are always fluctuations in the needs of the business, and sometimes it’s necessary to give more. A flexible working environment also empowers the staff, giving them more responsibility but also more control.  So she looks for employees who see this as positive, people who are self-starters, well-organized and can think on their feet. Those who are happier with clearer lines of authority may not respond well.

Still, Martinetz believes a flexible work model suits more people than not, but in part it comes down to generational trends playing out in the workforce – the 35+ professionals of Generation X who are often unhappy, who hope those that come after will change the rules. “They say Generation Y will rescue us. But I think Generation X have to save themselves.”

In 2015, restructuring of the workplace has become an increasingly hot topic, along with a continuous debate about productivity, motivation and work-life balance. A now-famous essay by Princeton University professor Anne-Marie Slaughter, “Why Women Still Can’t Have it All” that appeared in the July/August 2012 issue of The Atlantic Monthly, attracted some 725,000 unique readers in the first four days online, making it by far the most popular article ever published in the history of the magazine.

In Europe, some pioneering companies have taken concrete steps. One of them, Toyota, in Gothenburg, Sweden,  converted to a six-hour working day over a decade ago, with the company reporting happier staff, a lower turnover rate and higher profits. In Sweden’s public sector, too, a government department is also experimenting with a six-hour workday. Criticized by the opposition as “a cheap political trick” ahead of the fall elections, Gothenburg’s leftist Deputy Mayor Mats Pilhem is optimistic this will lead to fewer sick days and better overall health.

For Linus Feldt, CEO of Stockholm-based app developer Filimundus, the switch to a six-hour workday was about effectiveness and motivation. Since then, he has seen significant improvement:

A Vienna NGO leading the way

“My impression now is that employees find it easier to focus and have the stamina to do it, and still have energy left over when they leave the office,” he said.  “And once you’ve gotten used to having time for the family, for picking up the kids at day care, training for a race or simply just cooking good food at home, you don’t want to lose that again.”

In Vienna, the pace was set by Abz Austria, an NGO and consultancy dedicated to promoting equal employment opportunities for women in the Austrian labor market. Founded in 1992, and funded through contracts with the Austrian Employment Office, AMS, the Federal States and the European Union, as well as private industry, abz* Austria has grown to 140 employees and is considered the country’s leading resource on issues of work-life balance, diversity management and the role of migration on the work force.

CEO Manuela Vollmann attributes a large measure of the NGO’s success to the management model of job-sharing. Co-CEO Daniela Schallert agrees. “It simply means better and more sustainable decision-making, and no absence or fluctuation times for managers,” she said. Using the same office, Vollmann and Schallert can work very closely together, sharing files and resources that save them time on coordination.

Still a long way to go

But these are exceptions. Guardian columnist Lottie O’Conor suggested that for most women, “so-called ‘flexible working’ simply isn’t working.” There seems to be an unwritten code that discourages it. Working from home means you’re not serious, not ambitious. “Flexible working needs a rebrand,” she wrote in July. Employers need to rethink the assumption that working flexibly means working less.

“The reality is that too many businesses see flexible hours as just another box-ticking exercise that looks good on the outside but fails to deliver real results.”

What’s needed is for business leaders to lead by example, to actively encourage staff to step back from traditional working patterns by rewarding results rather than hours spent on the job. As long as it is perceived as “a second-class option,” she believes flexible working will never deliver on its potential for greater employee productivity, creativity and retention.

For Sophie Martinetz and Bettina Stomper-Rosam at Seinfeld the bottom line is, “it works pretty well.”  They have different strengths, Martinitz says, and make different time commitments that vary with the circumstances. They don’t always agree, but they are good at resolving differences. If one has done too little, the other points it out.

All in all, says Martinetz, “it’s one of the best decisions I ever made.” 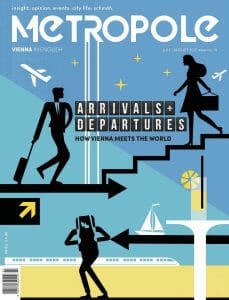