If someone pointed a gun at my head and ordered me to name five luxury brands from Vienna, I’d be in quite a jam. Yet since moving to Vienna from America in 2001, I have found myself working with two of them. Soon after my arrival here, my uncle-in-law, Friedrich Wille, offered me a chance to join his international marketing team at Frey Wille, his Vienna-based luxury brand of enamel jewelry and accessories. Years later, I became a freelancer and among my clients was R. Horn’s Wien, a small firm specializing in leather products.

Roughly the same age, Robert Horn and Wille have personalities as dissimilar as the business paths they’ve chosen  – but at heart they’re both Viennese, and embody distinct Viennese attitudes towards luxury.

While his close-cropped gray hair, horn-rimmed glasses, and quirky dress sense (see photo) don’t betray Robert Horn’s freewheeling hippie youth, neither do they mark him as a typical player in the luxury goods market.

At the end of the 1960s, Horn contemplated what to do with his life. His father, a holocaust survivor, wanted him to study history. An apprenticeship in his aunt’s textile business taught him a trade, but he “couldn’t imagine working in a ladies undergarment department selling 25 different types of polyester night gowns.” He and some friends formed a filmmaker cooperative producing documentaries for Austrian television. Yet he lacked intimate knowledge of either profession.

While visiting his bespoke shoemaker in Baden (“We saw ourselves as elitist hippies,” he explained), Horn asked his friend, “What is it I really know about?” The friend replied, “Well, you understand handmade shoes better than anyone!”

It was Horn’s aha! moment. “I realized I could get a factory to reproduce my best pair of handmade shoes in all sizes and sell them through expensive shops in Germany.”

He founded Robert Horns Wiener Schuhe. Despite quickly landing a large order, he came to understand that it was not a viable business model. Switching gears, he launched his first collection of handmade leather wallets, bags and accessories and opened his first boutique, on Bräunerstraße, in 1987.

An illustrated article in the Austrian magazine Profil propelled his business overnight. Soon enough, all of Vienna knew where to go for their leather goods.

But the slim profit margins for his wares limited their wholesale distribution. To this day, his idiosyncratic products, such as replicas of Thomas Mann’s briefcase and Sigmund Freud’s eyeglass case, are stocked exclusively by a handful of retailers in the EU, the Neue Galerie’s design shop in New York City and his own three shops in Vienna.

Like many Austrians, Horn believes that real luxury lies in the craftsmanship, durability and, above all, timeless style of a product – not just its price tag or celebrity endorsement.

“My customers pay a premium price because they want their leather goods to be a lifelong companion,” he said. “My designs don’t look ridiculously dated after one year.”

Being fluent in four languages has been an asset for Friedrich Wille as he has expanded his jewelry business throughout Europe and beyond (there are currently over 90 Frey Wille boutiques on five continents).

In 1971, soon after becoming a chartered accountant, he went into business with Michaela Frey. For two decades, Frey had been painting colorful enamel jewelry by hand in her Gumpendorferstraße atelier. Her traditional craftsmanship appealed to both locals and foreign tourists.

Wille developed its wholesale distribution network and, after opening a boutique in Paris, they formed a partnership with Hermès to produce enamel bangles matching the beloved designer scarves.

Supplying Hermès (which it continued to do until 2009) did little to increase Frey’s brand recognition, but the resulting profits enabled the company to expand. “We learned about luxury from this experience,” recalled Wille, “that it takes not just a lot of money to build a luxury brand but a lot of time – and that you can only do it with your own shops.”

Frey’s untimely death in 1980 left Wille in need of new artistic direction. He recruited talent from Vienna’s Academy of Applied Arts (including Simone Grünberger, whom he would marry) to create new collections, which drew upon art-historical motifs from Art Nouveau, ancient Egypt and (later) famous artists such as Claude Monet, Gustav Klimt, and -Friedensreich- Hundertwasser.

The brand had found its USP (Unique Selling Proposition) – creating what Wille called “wearable art” for a niche market of “women who want to make a big statement” without paying a Cartier-class price.

In the 1990s, the brand took off in the Middle East, creating a cash influx that enabled it to open flagship boutiques at noble addresses in Vienna and other European capitals. Boutiques in Moscow and St. Petersburg soon followed. The profits from these ventures allowed further expansion into Eastern Europe and Asia.

“Every one of our investments is high risk,” Wille said. Each new collection can take years to develop. Entering new markets requires sizeable investment and can suffer unexpected setbacks, as has happened in Russia since the Ukraine crisis. After first dipping his toes into the U.S. market, Wille went all-in, opening boutiques on Madison Avenue, Rodeo Drive and in Soho. While this boosted the brand’s international credibility, so far, the U.S. market has proven less profitable than the Russian and Asian ones.

Cash, but not flash

Originating in the small Austrian market, both companies have faced an uphill battle earning brand recognition abroad, yet both are stubbornly proud of their roots and see themselves as continuing the traditions of the Viennese Kunsthandwerker (artisans). “It is important for us to emphasize that our product is Viennese,” said Wille. “I wouldn’t say that Vienna is automatically associated with luxury worldwide – but it is associated with art and culture.”

The fall of the Austrian Empire and the Second Republic’s social contract have helped to create a culture in which ostentatious displays of luxury are frowned upon. Such moderation has also influenced both companies’ marketing strategies – unlike some French, Swiss and American luxury labels, their products aren’t primarily targeted at the super-rich class. “We address ourselves to the educated middle class,” says Wille. “I would hate the idea of being a servant to rich people.”

Like so many Austrian entrepreneurs, both Horn and Wille are sole proprietors, foregoing outside investment and its accompanying intrusions. But this raises questions about successorship. Both men are at retirement age, yet have no definite plans for an exit. Ensuring the legacy of a lifetime of hard work may, after all, be the ultimate luxury.

[Author’s note: The version of this article that appeared in the December 2016/January 2017 print edition incorrectly stated that Frey Wille is still a supplier to Hermès. Their 31-year cooperation ended in 2009.] 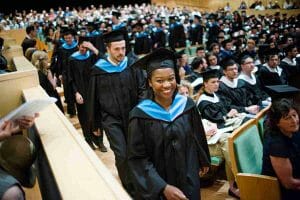