See how Street Art breaks boundaries in the world of art

As summer scorches Vienna, the torturous heat may tempt locals and visitors into momentary lockdown, but it certainly hasn’t stopped a most magical transformation: at the 5th Calle Libre Street Art Festival, greying walls are bursting to life by virtue of aerosol cans. Under the Motto “CINCO” (five in Spanish), a trove of artists from Argentina, Brazil, El Salvador, Portugal, Spain, Denmark, Estonia, Romania, Serbia and Austria are painting the town red (sometimes literally) with paintings, performances, workshops and live music.

The art form still suffers from graffiti’s reputation as unwarranted vandalism, scribbled hastily in the dark with an eye out for the police. But festival founder, creative director, filmmaker and artist Jakob Kattner is fighting against this stifling stigma, combining “performance and music within the urban space” under the umbrella term “Urban Aesthetics” to provide the full scope of what street art can be. 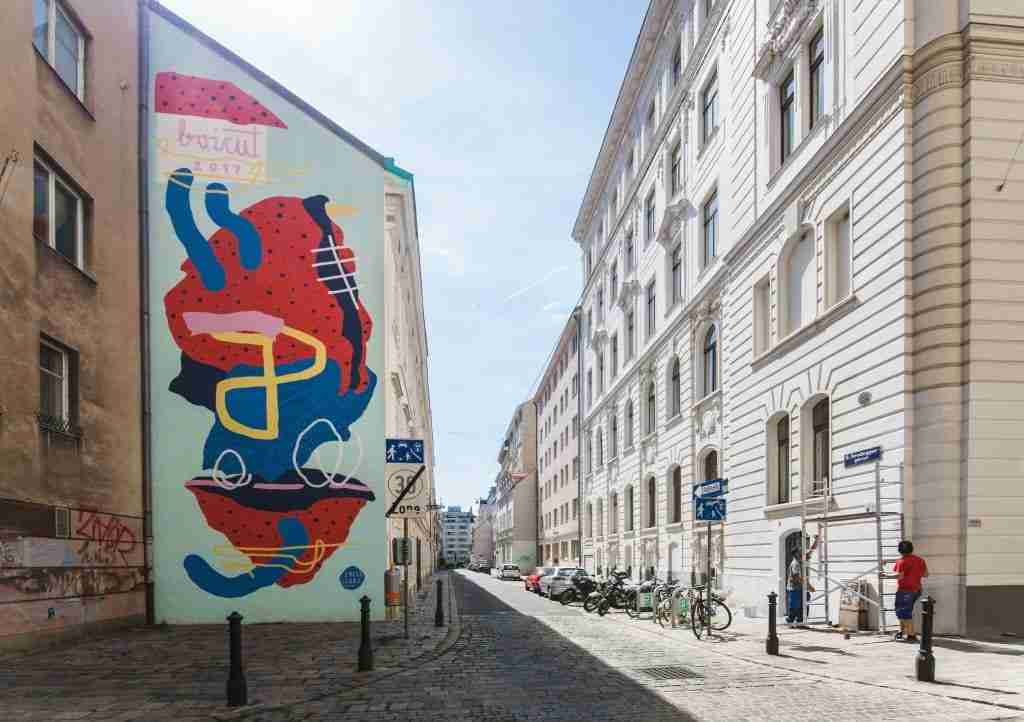 But while Banksy and Shepherd Fairy’s legacies loom large in the British and American urban space and South American cities have a tradition of urban murals as a form of protest, street art in Vienna was a tough gig: for a long time, artists were legally confined to small portions of the Donaukanal. Today, the city has taken on a more welcoming approach, cooperating with Calle Libre to host a panel where experts, artists and theoreticians will discuss the Temporality of Urban Aesthetics and the origins of Urban Art.

For Romanian artist Saddo, there’s no real need to distinguish Graffitti from Street Art: “They’re all awesome in their own way,” and when intertwined the result is rewarding for both art forms. Saddo’s murals are an intimate glimpse into his life: how he feels, where he lives and the images he’s exposed to – back when he experienced anxiety, his decorative, flatly colored figures often personified death and disease. For Calle Libre, he’s juxtaposing serene nature themes with his interpretation of The Sixth Extinction by Elizabeth Kolbert, a non-fiction science book that chronicles mass extinction events and theorizes that the earth is approaching man-made annihilation.

On another street corner, Medianeras Murales, a globetrotting artist duo, are introducing Argentinian iconography to Vienna, adding their unique touch to pre-existing graffiti “like tattoos over a painted body.” Fusing two minds births a unique creative language, often portrayed with abstract shapes and iridescent colors. They often toy with optical illusions, with the viewing experience changing with the perspective. “Each street intervention is unique in itself. What happens on the street cannot be planned, but you are always surprised by people’s reactions.” 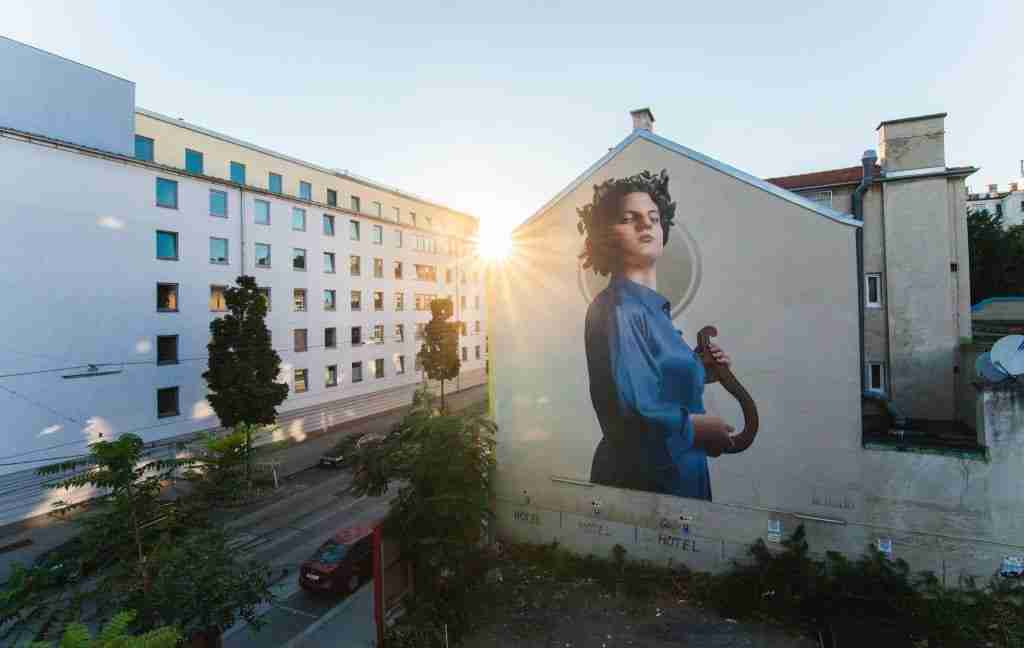 For the Spanish artist Zësar Bahamonte, relationships take the center stage, evoked in bright figures and element overlays that encapsulate the kindred spirits of love and friendship. Zësar will paint a modest tribute to Egon Schiele and Gustav Klimt, to celebrate the 100th anniversary of their deaths. “I am going to return to them everything that I have received from their paintings and drawings,” he marvels.

As these myriad approaches show, Street art is a unifying force: it not only beautifies the physical walls between a community, but it also breaks the social walls down.

Helen Ifeagwu
Helen Ifeagwu is a journalist currently studying BA journalism at City, University of London. She grew up in Vienna and is interested in media, global development, innovation technology, sociology and International relations.
CultureArtLifestylePrint EditionsJuly/August 2018
Previous articleNuclear Vienna: “Atoms for Peace” in the Age of Trump
Next articleDivorce & the International Family