Sometimes you don’t see a problem if you’re not affected yourself. There are two reactions to that: Learn more about it or choose to not understand it. When the Wiener Linien started a campaign against so called “manspreading”, many found it amusing, others rolled their eyes and some got angry.

Manspreading is a term used for when someone (generally men) uses more space in public transport than necessary by taking a “wide stance.” Here’s a prime example:

Aside from the discomfort, this causes your environment as others scramble to avoid physical contact, some see this as a symbolic for the excessive space some men naturally claim for themselves – In public, in jobs or relationships. 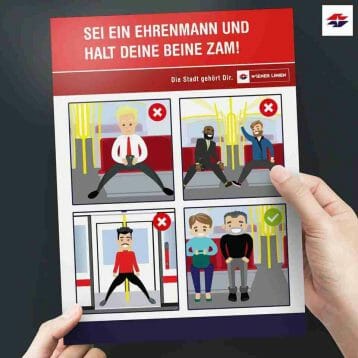 In early November, the Wiener Linien released a post on social media about the “correct way to sit” and asked that men be more mindful. It read: „Sei ein Ehrenmann und halt deine Beine zam!“ (“Be a gentleman and keep your legs together!”).

While some were happy that the problem was being addressed, others saw it as a personal attack. A select few (mostly men) became indignant, claiming that “shebagging” (when women place their bags on the seat beside them) is a far bigger problem than “manspreading”.

(“Put down your bag, otherwise you’ll get smacked! No real problems – Wiener Linien.”)

The thread was eventually taken down by an admin as physical threats violate Reddit’s terms of service.

Just a load of balls

Some men have justified manspreading by explaining that their testicles just need more space and constricting them would be “unhealthy.” In response, the satirical online medium Die Tagespresse published an article about a man that rode the subway without manspreading for the first time – and promptly lost his testicles as a result.

While “manspreading” is a fairly recent neologism, the problems seems to be universal. Cities that had similar discussions include Madrid, Istanbul, Toronto, New York or London.

Here are some more reactions from the Austrian Twitter bubble:

“In the future I will sit extra broad”, explains a user in this thread. “If I’m asked nicely instead of getting dirty looks, of course I’ll make room.” Further: “We live in a free country, not in a re-education camp. This request for adapted behavior is crazy, individuality is no longer desired.”

(The people who comment on the anti-manspreading campaign of Wiener Linien with “Have we no other problems?” are the same people who celebrated the burqa ban as if they had invented a universal remedy against cancer.

(This #manspreading debate is completely absurd. Please stop denying it or legitimizing it or mentioning cases where women do it. If everyone would pull themselves together, then these absurd debates would not be necessary and everyone would benefit…)

In this video by Steven Crowder, women try manspreading with fake testicles. We thought you might enjoy it: 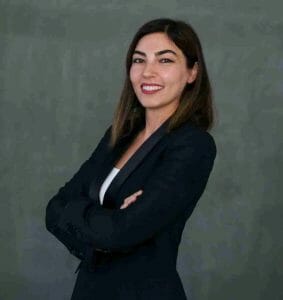 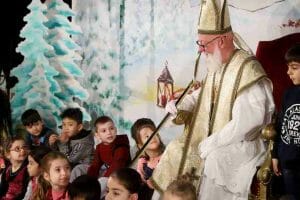 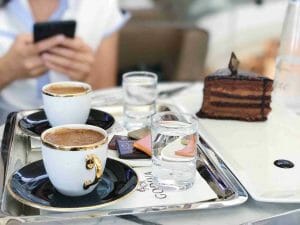 Your Rights as a Guest