It was a late summer afternoon, just a few weeks after I’d moved to Vienna from my hometown, and I was riding the D tram. Enter a Schwarzkappler (ticket inspector): The sullen look on her face, so typical for members of this profession, turned even darker when she realised I’d forgotten my student ticket. Still sporting a strong Salzburg accent back then, I tried to explain myself when she suddenly interrupted the bust. “Wait – are you not from Vienna?” I admitted my “crime,” not realizing its relevance. Her expression turned from annoyance to a mixture of pity and condescension.

“So you’re from the province, that makes sense! This must all be very confusing when you come from the hinterlands,” she sneered. Slightly offended at having to endure added insult to injury, I awaited my fine, but it never came: She let me go, hollering “You will get the hang of how we do things here in Vienna!” as she moved on.

To a non-Austrian, this incident may seem like a lucky break, but situations like these reveal the complicated relationship between Vienna and Austria’s other eight provinces, which locals frequently refer to as Restösterreich (literally, “the rest of Austria”). The name says it all – Many Viennese perceive everything beyond the city limits as the boondocks, good for nothing more than the occasional weekend trip to the Alps.

But unfounded prejudice needs stereotypes to feed off, and a nation as old as Austria has no shortage in that department. Tyrolians are dismissed as hyper-patriotic, gun-toting mountain men, their slow speech patterns have given Styrians a reputation as a bit dim and Salzburgers are considered Festspiele-obsessed, conceited snobs. And poor Burgenland – formerly part of the Kingdom of Hungary and only a part of Austria since 1921 – has to endure an entire series of jokes mocking their alleged imbecility.

But regardless of home province, a Zuagroaster (someone who came to the capital from the countryside), will to some extent always be perceived as a hick, especially when speaking a regional dialect. The suspicion is mutual, of course: Wieners in Innsbruck, Graz, or the Upper-Austrian sticks will, just as unfairly, be referred to as Großkopferte (arrogant bigheads) wherever they go. And while local rivalries between Austria’s regions are endless – with Kärnten and Steiermark a particularly vicious example – Restösterreich can always agree on one common enemy: the capital.

Of course, the urban-rural divide is pronounced in many nations, and the tug-of-war between Vienna and the provinces is reminiscent of other rivalries like between London and England’s North. Still, few places are as focused on a single place as Austria, where a third of the population lives in the Vienna metropolitan area. Of course, this wasn’t entirely intended – designed as the capital of the enormous Habsburg empire, Vienna was the cultural and political hub of a nation of over 50 million until 1918, when the former great power shrunk to one eighth of its previous size, practically overnight. Austria was suddently a microstate, ruled by a world city.

It is this historic imbalance that shapes the national dynamic. Whether misplaced or not, the Viennese tend to forget there is more to Austria than just its capital. It’s hard to blame them though – be it the economy, the media, arts or culture – Vienna is where it all happens. No wonder many “provincials” end up here for jobs, education or simply the freedom and anonymity a large city provides.

After four years of living here, I am beginning to understand that yes, being dismissed as a hayseed can be exasperating – but playing the provincial idiot also comes in handy. Whenever I get into a difficult situation now, I let the preconceptions work for me and attempt to extricate myself in the thickest Salzburger argot I can possibly manage. Sometimes, it actually works.

How to use the Library System in Vienna 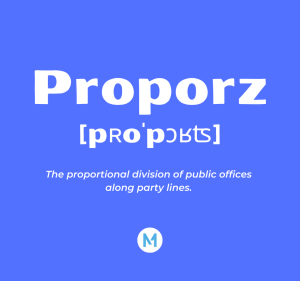 Opinion | The Failing Economy of Austro-Uber