Hardly a place embodies the city’s heart and soul more than the Zentralfriedhof, Vienna’s Central Cemetery

As October ends and the city recoils from the gusty winds and harsh, grey weather, the Wiener Zentralfriedhof (Vienna Central Cemetery) is just hitting its annual high point: Every year on All Saints’ Day – adhering to ancient Catholic tradition – the Viennese make the pilgrimage to Simmering to commemorate their dearly departed. They walk the paths of the expansive Zentralfriedhof Third Man-style, wearing gloves, lapels upturned and clutching scarfs and hats to fight the creeping cold. Alongside them are tourists fiddling with audio guides and armed with cameras, hunting for the final resting places of Austria’s rich and famous. After all, nearly one thousand honorary graves house, amongst other more or less illustrious local heroes, celebrities like Beethoven, Schubert and Falco.

But regardless of the tourist busses at the front gate suggesting a different story, the Zentralfriedhof belongs to the Viennese, and only them. Everyone else is merely tolerated – a fact the locals are not shy to point out. “If you must, you can join us. But this is a private tour and at the very least, you might tip the professor at the end,” recommended an ill-disposed lady as we began walking with what we thought to be an official (and free) guided tour on a Saturday afternoon. The professor was Julius Müller, a 77-year-old retired civil servant from Wiener Neustadt who has more than thirty years’ worth of experience with the city’s funeral services under his belt. He shrugged off the comment: “Oh girls, I’ve started with groups of 20 people, and at the end of the day I was guiding 60…”

Julius Müller is himself one of the cemetery’s many attractions: He is considered a luminary of the Zentralfriedhof, a guardian of its tales and a unique raconteur, filling book after book with morbid anecdotes. Professor Müller is also a living testament to the adage that cemetery staff are equipped with double the amount of Wiener Schmäh (the intangible Viennese sense of humor and joie de vivre) to compensate for their sombre work: No anecdote, no story, no Wienerlied is recited without a wink full of deep insider knowledge about Vienna’s heroes – long lost but not forgotten. Sadly, catching the Professor on his home turf has recently become a rare treat since he stopped giving regular guided tours some months ago.

Conceived as a centralized cemetery where all the deceased of the imperial capital would be buried, the Zentralfriedhof was established under Mayor Karl Lueger at the end of the 19th century with an intended capacity of four million people. Even though the collapse of the empire rendered the massive graveyard less relevant than originally envisioned, today the City of the Dead still holds nearly twice as many “residents” as Vienna itself: Three million Wiener – and those who aspired to this title during their lifetime – lie buried at the Zentralfriedhof.

But not even in death are we all equal: Whilst some of Austria’s presidents, chancellors and renowned statesmen have been interred in and around the pantheon of the republic, the Karl-Borromäus-Kirche, and there are special sections for celebrities, mere mortals have to make do with whatever the management of the Zentralfriedhof sees fit to assign them: “There is hardly any picking and choosing here in Simmering and you might very well end up commuting to the other end of the cemetery to visit your relatives,” explained Professor Müller.

To date, it is still largely the storied tram no. 71 (Börse-Zentralfriedhof, 3rd Gate) that takes most visitors to the cemetery –even giving rise to one of the many Viennese euphemisms for dying: Den 71er nehmen (taking tram no. 71). The Zentralfriedhof itself has its own bus line, number 106 – or you can emulate the undertakers, whose official vehicle is still the modest bicycle, even in 2016. But – and this is undisputed – the most scenic experience is to take a horse-drawn carriage. The professor warned us though: “The Fiaker here do better business than at the Prater. Because in the end, death is always part of life.” Vienna’s residents – past and present – would tend to agree.

You like local independent journalism in English? So do we!

To keep providing you with current news, insights, opinion and Schmäh about our shared hometown, we need your help. We chose to provide our daily coverage for free, because we believe in equal access to information. And we want to be independent from our advertisers, so we can deliver the news that you want. With your help, we can keep giving you the open, independent journalism you deserve.

If you’re able, please support Metropole today from as little as €1
or choose an amount: 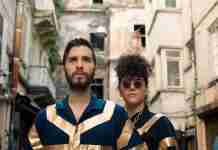 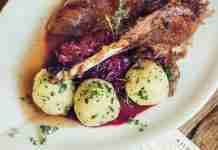 Can’t Vote in Vienna? Here’s Your Chance to Have a Voice

Faust at the Burgtheater

Finding Beethoven Part I | 4 Ways to Start the Anniversary Year

Oscar Night 2020 in the Gartenbaukino

The Spirit of Spontaneity