Chef Denis König of Le Salzgries: The brasserie reloaded – a French treat for your special guests

Denis König came to Vienna to study structural engineering, but (luckily for us) he opted for the culinary arts. In 2000 he took over an old café on the Marc Aurel Straße, to the irritation of the regulars who wanted neither change nor anything French.

His approach is straightforward: Cook what you like to cook and keep it simple. He learned the skills at major restaurants in Paris, but his philosophy took shape while working at one of the great brasseries: good food does not need triple layer sauces and vergewaltigte (ravished) vegetables. Denis´ approach is to take the freshest ingredients and prepare them so that you can still taste each of their individual flavours. His aim is to take brasserie classics to a higher level.

Cooking what you like means re-vamping the menu several times a year. Some of the typical dishes at Le Salzgries from Denis´ new November program:  Entrées include home made foie gras and lavish brasserie style seafood platters, main dishes French beef classics, crown of lamb and seasonal fish.

Denis also takes his pommes frites very seriously.  We don´t have space for his recipe, but if you want to make the perfect potato chip, go eat at Le Salzgries and ask him how.  It will be double worthwhile.

Black pepper from the mill

Before roasting, let the prime beef rest for two hours at room temperature. Brown both sides in a hot pan and roast in a pre-heated oven at 180 degrees Celsius – how long will depend on the piece (Between rare and medium is good, anything else is a waste!).  It´s probably eight to ten minutes. Let the meat rest for ten minutes at 65 degrees Celsius, brown it again for 30 seconds in a hot pan in olive oil, generously salt and pepper and cut into thin slices.

Reduce white wine, vinegar, shallots, pepper, tarragon and bay leaf mixture to half in a small pan. Pass through a fine sieve und put back into a small pan. Add the two egg yokes and beat on a low flame to a frothy zabaglione.

Take off the heat, add salt and then gradually work in the melted butter.

Add the herbs but don´t heat any more.

Serve with a sauce béarnaise and a simple salad of very young chard.  And of course: freshly made pommes frites.

Wine: a good Bordeaux, for example a 2011 Ronan Merlot. 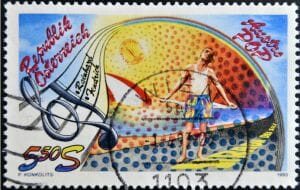 Expat’s Voice | The (Other) Sound of Music 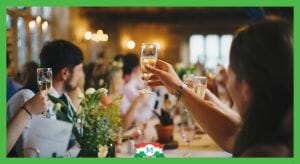 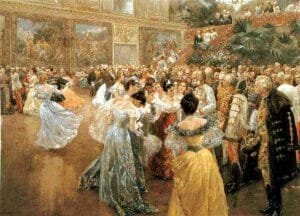