Roman Rafreider, 47, finds the idea of identifying what his dream job was a little odd, since the keyword is the “dream” part. “In that case, you still wouldn’t be doing it yet.  You can only really name it once you’ve done it for a while. Otherwise it’s just a belief.”

“That’s why I can now say this is indeed my dream job.”

However, he might have had an inkling. Growing up in Vorarlberg, the ORF TV moderator does remember his first awareness of the profession, as a well-known broadcaster lived right across the road.

“I remember not quite understanding how I could be seeing this guy in our little black-and-white TV and through the window at the same time.”

For Rafreider, being telegenic is a quality that is hard to define but which he’s nonetheless grateful to possess. As his journalistic career continued from radio to the screen, it eventually became clear that he had found his place. Unlike radio, TV is about appearances, how one comes across on the screen, the ability to be sympathetic and credible, qualities that seemed to invoke positive results for him in tests and focus groups.

The process of discovering if he were suitable for the job was also about testing his grace under pressure. A newsman needs to be ready for any story breaking at any time. And the more stressful the situation was, the more exciting, Rafreider found, and the better he performed. “This is actually something that you can’t learn. The most mistakes occur when nothing’s going on.”

A journalist is always on call, but Rafreider doesn’t mind a bit. Even on holiday, he doesn’t feel the need to “switch off.” He remembers how frustrating it was in New York 15 years ago – before the omnipresence of the Internet: When he finally got his hands on Austrian newspapers, they were already three days old.

“Now when I’m there, I can stretch out on the lawn in Central Park and check out the latest news on Der Standard website. Now that’s cool!” 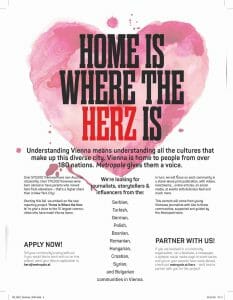 Home is where the Herz is 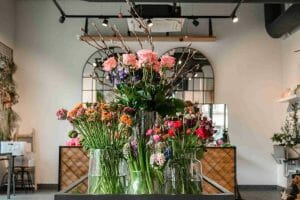 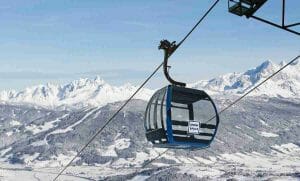