The Wiener Linien autonomous buses will drive on the streets of Vienna’s Seestadt, starting on Wednesday, July 24. After a woman had suffered light injuries in a collision with one of the buses on July 18, they had been garaged to examine the sensors and the reaction of the bus (see update below).

Now, the Wiener Linien confirmed that the bus had reacted exactly the way it was supposed to: It detected the woman on her collision course, activated and alarm and applied the brake to avoid or cushion the collision. “There were only 1.6 seconds between detection and reaction,” said a Wiener Linien spokesperson.

The two Wiener Linen autonomous minibuses are currently garaged for the foreseeable future. On Thursday, July 18, at 9 o’clock in the morning, a 29-year-old pedestrian suffered minor injuries in a collision with one of the new buses. It was the first accident with the new system. Walking across Ilse-Arlt-Straße in Seestadt while wearing headphones and looking at her phone, the woman did not see the bus approaching with 12 km/h and stepped out in front of it.

The buses are covered in sensors to anticipate and avoid exactly such situations, but did not react in this case. Instead, it was the human operator still traveling with the buses who interfered and stopped the vehicle. The manufacturer of the sensors, the French company Navya, has already sent engineers to Vienna to examine the issue and get the test project up and running again once all open questions are resolved.

Like Sherlock Holmes’ “Mysterious Case of the Dog in the Night,” it is the sound you do not hear in Vienna’s Seestadt that may matter most – the hush of two driverless electric buses that took to the quiet streets of the city’s newest neighborhood on June 6.  These self-driving, exhaust-free vehicles are being tested by the Wiener Linien, the city’s public transit provider, with a view to their eventual deployment across the Austrian capital.

“Autonomous driving is a megatrend with the potential to change cities long-term,” said Wiener Linien boss Günter Steinbauer. “As public transportation providers, we will be at the forefront.”

The program is part of “Mobility of the Future,” the Wiener Linien, the Ministry of Transportation and several private-sector partners’ initiative to make public transportation more sustainable. The test buses will follow a two-kilometer circuit in the “urban lab” of Seestadt, a planned community created as part of Vienna’s Smart City strategy.

Two years in planning, the buses – built by French manufacturer Navya – are now ready to be tested on real passengers, dealing with stops and traffic on public streets. Its sensory systems will have to be trained to know whether obstacles are truly dangerous.  “Right now,” reported daily Die Presse, “it makes no difference whether the vehicle is in front of a concrete wall or the wind has blown a plastic bag in front of the sensor – either way, the bus stops.”  So each bus will still have a driver who can manually override automatic functions.

Traveling at a slow but steady 20km/h, passengers should enjoy a smooth ride, with heating for cold winter days and cool air for Vienna’s mid-summer scorchers. The buses will carry up to 10 passengers at a time and accommodate strollers, but will not be suitable for people in wheelchairs, for now. During the testing phase, the curious can ride for free, and regular bus service will continue on all routes.

The two electric buses in operation for the test phases are not on a “planned” timetable but are planned to operate during weekdays from morning through the early afternoon. For those who wish to test out these buses, there is a QR code found on the Wiener Linien website that will allow you to check where buses are currently. Thanks to a keen reader for pointing this information out. 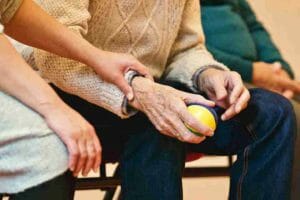 How to… Enjoy the Danube! 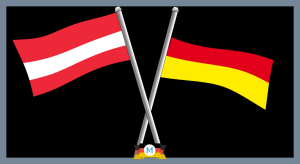