For the 100th anniversary of the demise of the Habsburg Empire and the forming of new states and territories in its place, we are embarking on a year-long reporting project.

In autumn 1918, after four years of a grinding, devastating war, the Austro-Hungarian Empire was dissolved. What had once been one of the great powers of Europe was taken apart into eight new nation states. The age of empire gave way to the birth of young independent countries that needed to find their own way. For the peoples of Central, Eastern and Southeastern Europe, many of whom wanted to build societies based on a shared language, culture and nationality, a new era had begun. Austrians tend to look back on these events with nostalgia, with a melancholy longing for lost greatness. Rare is the Austrian schoolchild who does not look on the old maps with a certain awe, asking: “This all once belonged to us?” Small wonder, for they might as well have discovered on their recent family holiday on the beach at Lignano Sabbiadoro that, indeed, Austria once even had access to the sea. In truth, of course, all this never belonged to “us.” It belonged to the people who lived there, whose homes and lands spread all across this region, which in German is so aptly called Mitteleuropa (the middle of Europe). And it still does.

We shared it then and we share it now once again, as people, ideas and goods circulate freely and borders melt away – on the Brenner Pass to Italy, at Spielfeld/Sentili to Slovenia, Nickelsdorf/Hegyeshalom to Hungary, Marchegg/Bratislava to Slovakia or Nickelsdorf/Mikulov to Czechia. The fortunes of all these young countries founded a century ago, some with wild enthusiasm and some with sober realism, diverged wildly over the last century. In 2018, a hundred years onwards, we want to tell their story. Even more, we want them to tell us. This year, each issue of Metropole will feature a chapter of “Empire > Republic”, probing the past and portraying the present and picturing the future of a country in the region. We want to show that Mitteleuropa is alive and kicking – and we are proud and happy to be a part of it.

Plenty of water has flowed down the Danube since the days of Emperor Franz Joseph. But all his people are still there.

A Great Power and its Many Great Grandchildren

In 1910, the Habsburg Monarchy covered a surface area of 676,615 km² (more than today’s France) and had a population of 51 million people (at the time the third largest in Europe). Eight successor states were formed, in part or entirely, across this area in 1918, a number that has grown to a total of 12 independent countries today. After a tumultuous history, they have now all become republics.

The Stories They Tell

As the region grows together once more and opens up to the world, English has become the de facto lingua franca for many people crisscrossing the roads, plains and rivers of Central, Eastern and Southeastern Europe. In every country that we will cover, we will be partnering with local media outlets and local journalists, so that they can describe their world as they see it and tell us their stories.[/vc_column_text][/vc_column][/vc_row] 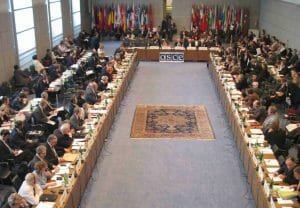 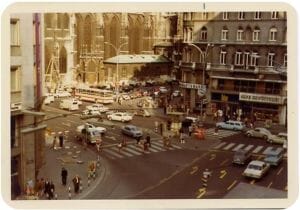 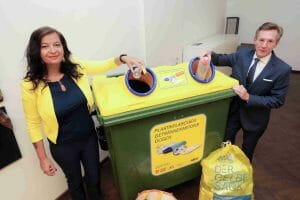 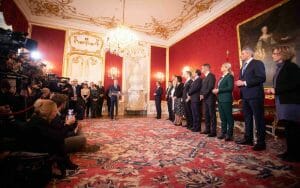