Austrians like to show off their serious appreciation of classical music. But if you want them to erupt into joyful singing, you’ve got to play them some Austropop. And you may learn some Dialekt, too

It was two o’clock on a Friday morning. I’d followed a herd of
colleagues to Bettelalm: a sweaty underground cavern that has
no business in Vienna’s genteel 1st district. And with my Austrian
colleagues, something was afoot.

Eyes closed, they’d linked arms and appeared to be having a transcendental experience brought on by a song about skiing. Proudly multinational we may have been, but clearly our annual office party had just split along native/expat lines. It had something to do with the music. The locals looked like they’d known this song – Schifoan by Wolfgang Ambros – since the womb. They smiled drunkenly, swayed deliriously and croaked along.

A few colleagues were not so enthusiastic. “I’m embarrassed to be Austrian right now,” said a Styrian friend, as we retreated to a corner and watched the place erupt to another classic of Austropop. In a nation known for high culture – opera, theater, philharmonic orchestras – some clearly saw this 1960s pop genre as a dark secret that belonged right here: underground.

But while some deny it and others acknowledge it only after a Seidl or two of Stiegl, Austropop can teach us much about what makes Austrians tick. It was during that same winter that I met my now-girlfriend in the well-loved Cafe Hawelka. Over a cup of tea, she informed me that there was a song about a naked man sitting in this very Kaffeehaus. Every Austrian knew it, apparently. As we parted ways at Stephansplatz, a link to that Georg Danzer classic pinged into my phone.

The music video, actually filmed on location in Hawelka, was as mad as you’d expect, leaving no doubt about the Schmäh at play. The intensely Viennese lyrics, well…they gave us a nice little get-to-know-you project. Over the weeks that followed, I got a musical Dialekt lesson on every date. We plundered YouTube for Danzer, Ambros and Rainhard Fendrich, the third of the genre-defining “Austria3.” The songs seemed mostly about losing your money on holiday (Strada del Sole), jumping in muddy puddles (Hupf’ in Gatsch) and, of course, corpses. Here an unidentified body in a Gemeindebau (Da Hofa); there an entire graveyard full of them (Es Lebe Der Zentralfriedhof).

My girlfriend is one of those English-loving Teutonics who doesn’t speak German except when she has to, but she couldn’t resist a smile as she “translated” the lyrics into Hochdeutsch for me. German was one thing, Dialekt another.

Thus it only seemed right that we celebrated a large part of her January birthday in the Zentralfriedhof, singing along with
Ambros in a suitably secluded corner. I’d come a long way. 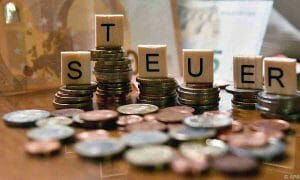 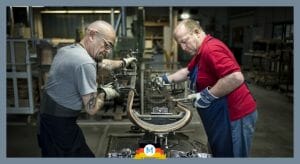