Just a few weeks after I moved to Vienna, I was asked to pick up an order at Trześniewski, the famous Viennese bistro known for its sandwiches. I was thrilled to discover a new place, founded around the fin-de-siècle by the Polish gourmet Franciszek Trześniewski – another remnant of the multicultural former Austro-Hungarian Empire.

But as soon as I stepped in with a heavily accented “Gruzcotte,” my enthusiasm was doused by the frosty look of the waitress. I explained myself in English. “Wie bitte?” Full of panic and unable to respond, I tried to communicate with easy words and hand signs… Some long and silent seconds passed… “Kein Englisch, Deutsch sprechen,” she finally answered before turning to other customers.

Barely a month in, I felt rejected and unwelcome in the city I was now living in. Was it a typical case of Wiener Grant, or discrimination? Thankfully, this was an isolated incident. But it made me realize how quickly a foreigner can feel marginalized and how language itself defines who you are. On the following pages, Viennese from around the world tell us what it’s like to live in Austria when German is not – or not your only – mother tongue. After all, languages shape lives and are a deciding factor in making anyone feel at home.

What to consider when attending german courses in Vienna

1. Evaluate your level of German.

2. Think about your learning style.

Some people learn best by attending formal classes, while others prefer to learn German on their own time with self-study materials. There are also online German courses available. Consider your learning style when choosing a course.

3. Keep your budget in mind.

German courses can be expensive, especially if you choose a course that includes travel and accommodation costs. If you are on a budget, consider taking an online course or finding free resources to help you learn German.

If you know someone who has taken a German course in Vienna, ask for recommendations. You can also search online for reviews of German courses in Vienna.

How newcomers feel about German

How did you experience learning German and integrating with Austrian society?

I learned German in kindergarten when I was about 3 years old. Integrating was quite rough. I started noticing a difference with my Austrian friends when I had to go to special German classes for kids with a migration background. Kids would make fun of my pronunciation, and it got worse when the racial slurs started. Maybe this would have been different in Vienna, but in Tulln, I was one of the few with a migration background in my school. People still stare at me – not because they think I am so overwhelming pretty, but because they can’t really pinpoint me as a Slav. Words such as “exotic,” “unconventionally beautiful” or “rassisch,” are sadly common.

But just as I am an outcast in Austria, I do not really belong to Bosnia. Even being back “home” every summer, I can’t identify as 100% Bosnian. On the one hand, I have privileges that Bosnian citizens don’t have, on the other I experience racism that Bosnians in Bosnia would not experience.

However, I believe things are getting better. I’ve found an amazing group of international friends in Vienna. With different ethnic and sexual backgrounds, they are the most open-minded people. This wouldn’t have happened if I stayed in my small town.

I feel like I am more cool-headed when I speak German compared to Bosnian. But I like my voice better in Bosnian.

Any funny story to share regarding your relationship with German?

I can’t comprehend numbers in German! People have to tell me the digits because the counting system is so weird to me. In Bosnian, you say “sixty-five,” just like in English, but in German it is five-and-sixty. It just doesn’t make any sense.

After a year living in Austria, I decided to study at the University of Vienna. But before that, I had to reach the required level, so I intensively studied German for two years.

Today I still struggle with the different dialects, which I find really difficult to understand sometimes … especially if you learned Hochdeutsch.

Integrating with the community can be difficult when you do not know the language. But as soon as you try to speak it, people are always friendly and understandable.

I feel like I am shier when I speak in German as it is less natural to me. I still focus more on grammar than the actual conversation. And to be honest, I do not like the sound of my voice in either of the languages I am speaking.

Any tips for a non-native learning German in Vienna?

Use every opportunity to practice, get out of your comfort zone, and never give up! German is a difficult language, but it is not impossible to learn!

I was born in Upper Austria and learned German in kindergarten. When I moved to Poland, I studied German in school. It was definitely a struggle to use Hochdeutsch and not the expressions or pronunciations I used in Austria.

But after 11 years in Poland, I forgot a lot of German. So, when I moved back to Austria two years ago, I completely felt the language barrier. It was a bit of a struggle to catch up.

Also, I’d say that Austria is a bit of a racist country, especially in rural areas. I did notice more of a disconnect, with people treating me differently as soon as I revealed I was not really from Austria. This is part of the reason why I mostly use an Austro-German as well as an Austrian accent – so not everyone can guess I lived half my life in Poland.

I feel way more confident speaking German, as Polish is strongly linked to my experience of being a queer person in Poland, which was pretty harsh. As the situation is better here (though far than perfect), psychologically I feel more open and confident using German.

But regardless of what I am, I would still consider English to be my strongest language. It’s interesting as I have never lived in an English-speaking country. But since I consume so much media in English, it’s the language I am most comfortable with, no matter where I am.

Any funny story to share regarding your relationship with German?

At home, we tend to mix the languages wildly and speak in a mix of German and Polish. So when I moved to Poland as a kid, this was so ingrained in my brain that I had a big problem separating German and Polish. This faded away, but my brain would still need some time to reconnect with the right language. But I think this is a universal experience of people who grew up bilingual.

I learned German when I first moved to Austria to be an au pair in Linz. But it clearly went to the next level after being accepted into the architecture program at the University of Arts and Industrial Design, also in Linz.

Integrating was pretty easy through my studies. I quickly found support from close friends who helped me learn the language and showed me all sides of their culture. Not to mention, as an English native speaker, younger Austrians usually are very excited and open to learning and showing off their English skills.

I often struggle now to find the right words in my native tongue when discussing technical terms I learned at university or while working. However, when it comes to discussing feelings and personal things, I often revert back to English. My close friends and I have adopted a sort of “Denglish,” if you will.

Any funny story to share related to your relationship with German?

I was on a train with a dear German friend when we decided to go to the on-board restaurant. She warned me: “Don’t greet people with ‘Grüß Gott;’ use ‘Hallo,’ or better yet, ‘Guten Tag.’ And remember, it’s not ‘Spritzer’ here but ‘Schorle.’ ”

Of course, the first thing I did was panic, blurting out “Grüß Di!” I was greeted by a ‘friendly’ eye roll from the waitress. It got worse when I ordered a Weißer Spritzer. It took another five minutes of back and forth until we came to the all-important word – “Schorle!”

For me, this experience only goes to show how different Austrian dialect is from Hochdeutsch, and how that can lead to funny misunderstandings even when you’re speaking the same language.

I began studying German in school back in Bulgaria. So I already knew the basics, but I went deeper into the language after I met my Austrian husband.

Even after nearly 20 years in Austria, it still happens that I struggle with Austrian-German and Hochdeutsch. Indeed, I use expressions not very popular in Austria – for example, Tomaten instead of Paradeiser. Getting to know Austrians was not an issue because of the big family of my husband.

Does language reveal another part of your personality or change the sound of your voice?

I don’t feel that language reveals another part of my personality, but I do prefer the sound of French for example. For me, German is the most difficult of all foreign languages I have studied.

Any tips for a non-native learning German in Vienna?

Speak! Try to practice the language as much as possible. Don’t bother too much with the mistakes you might make, because speaking this is the only way to really learn it!

I began learning German in 2013 when I moved to Austria. However, I didn’t learn as much as I had wanted, since I was surrounded by English as I went to an international school for two years.

Luckily, I met English-speaking friends in school and therefore became part of a small Austrian community without needing the language. However, in larger groups where German is spoken, I can feel left out. A lot of people can speak English and engage with you one to one, but to prosper in Austria, German is vital in the long term.

I feel that German makes me blunter, since I do not use as many polite filler words as I do in English. I like the sound of my voice better when I speak in German, due to the novelty factor.

Any funny story to share related to your relationship with German?

I used to think the word Schlag (Austrian-German for whipped cream) was an insult. Luckily, I never needed to use it. 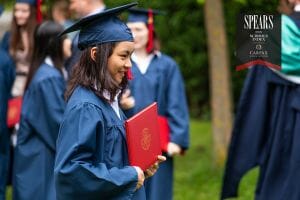 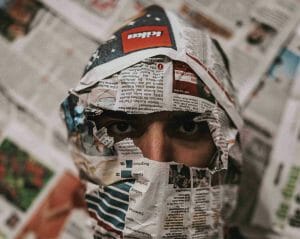