The forest fires that started over a week ago in Hirschwang, in Reichenau an der Rax (Neunkirchen) are expected to keep burning at least until the weekend, according to Lower Austria’s deputy governor, Stephan Pernkopf (center-right Austrian People’s Party, ÖVP) and provincial fire department head Dietmar Fahrafellner, who spoke with wire service APA.

Around 300 helpers and nine helicopters are part of the operation, said Pernkopf. Lower Austria’s provincial governor Johanna Mikl-Leitner said that she hoped the fires would be put out entirely by the end of the week. She praised firefighters for their tireless work: “It is unbelievable what the emergency services have done and are still doing.”

The local fire department had been preparing for this kind of scenario for several years, for instance through firefighting missions abroad in Portugal or North Macedonia, said Mikl-Leitner. “These experiences are now being used here in the Rax Schneeberg region”. The governor thanked the volunteers are well as the support from Slovakia, Italy, and Germany, which sent aircraft to help put out the flames.

The fire is burning across steep cliff faces and in hard-to-reach ravines, ORF reported, with winds increasing risks to the volunteer firefighting force and members of the military currently working around the clock on location. As the SPÖ-owned news website Kontrast.at reported on Tuesday, a scandal has erupted around the lack of suitable Austrian aircraft: While Austria theoretically has nine Black Hawk helicopters available that would be ideal for airlifting water to the flames, seven are currently under repairs. Of the two that are operational, Defense Minister Klaudia Tanner insisted that one be displayed on Heldenplatz for Austrian National Day last week, Kontrast.at says.

The forest fire started on Monday last week, spreading from five to 100 hectares within ten hours. How exactly the fire started is still unclear, and investigators were assuming they were caused by humans. According to police spokesman Johann Baumschlager, police identified the source of the fire via video recordings of the Rax gondola. The flames started in a spot where people often make campfires. 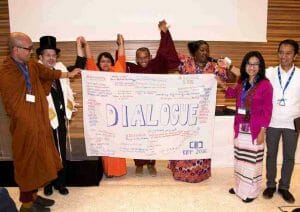