Florentin 1090 joins the growing number of Israeli restaurants, but remains behind the competition.

Between Ottolenghi in London, Miznon in Paris, and Tel Aviv in Warsaw, Israeli restaurants are enjoying a boom in Europe. And Vienna is certainly no exception. Miznon – whole charred cauliflower in tow – arrived in the First District in 2016, nestling in alongside NENI am Naschmarkt, the city’s own non-plus-ultra of Levantine cuisine. This is to say nothing of the numerous tried and tested Middle Eastern favorites like Kent, Maschu Maschu or Sababa, whose pitas with falafel or schwarma are not to be sniffed at.

Now we can add Florentin 1090 to this list. As the zip code in their name indicates, it’s in the ninth, having replaced the legendary Café Berg last September. Its décor is standard contemporary: dark wood, light walls and exposed brickwork, with marbled tables discreetly spaced. In the evenings, the music – jazz standards – is slightly intrusive but not unpleasant.

Taking the rest of its name from the poor-but-sexy Tel Aviv neighborhood, the menu certainly attempts to evoke the best-known aspects of the city’s cuisine. Breakfast Israeli style (Florentin opens at 8:00 in the morning) is replete with fried eggs, chopped salad, avocado, and (oddly enough) tuna and beetroot. Later in the day, they pivot to hummus in various manifestations – with falafel, chicken, and so on – and on to shakshuka, baked eggplant, zucchini fritters, and whole roasted cauliflower.

The Rest and the Best

I visited Florentin twice to sample their breakfast and dinner menus. (Actually, make that three times: one Friday night reservation went missing and I was turned away. Apparently, their online system still has some kinks.) Sadly, each time left plenty to be desired. While running out of fresh juice during a busy breakfast rush may be forgiven, the problems run much deeper.

Several dishes had one detail each that was not quite right: The hummus lacked the body more tahini would have given it and the falafel, while hot and crunchy, was under-seasoned, lacking that certain punch.

The tomato sauce found in the shakshuka was closer to pre-bottled sugo than the thick, spicy goop infused with parsley and harissa it should be. Others dishes were simply subpar. My omelet was rubbery like the tires on a 1999 Chevy Suburban. The croissant that came with the Klassiker breakfast was airplane standard, the kind served one-and-a-half hours prior to descent into Schiphol. While none of these were deal-breakers in themselves, they added up to an underwhelming experience.

To open an Israeli restaurant in Vienna is to invite comparison, which is unfortunate for Florentin. Where NENI’s hummus is smooth, rich and decadent, Florentin’s feels thin and grainy. The restaurant doesn’t have NENI’s panache, or its high-low image – warm and generous food cut by a cool, bohemian edge. Neither does it have the delicious throw-it-against-the-wall anarchy of Miznon or even the dependability of Maschu Maschu. Florentin 1090 is staid and entirely unmemorable. At least my drink was cold. 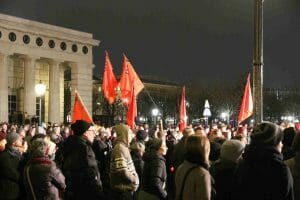 All You Need to Know about This Evening’s Akademikerball 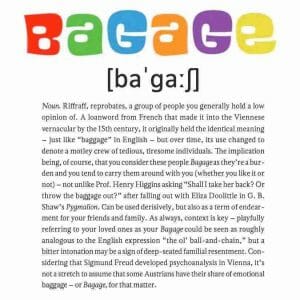 Word of the Week: Bagage [baˈɡaːʃ]