As a boy, Florian Skrabal decided he wanted to be a pilot “when he grew up.” Not one to give up on his dreams, he went all the way to the US to attend an aeronautical college.

Then 9/11 happened. Two of the hijackers had coincidentally been training at the same flight school as Skrabal, which resulted in a series of FBI investigations on campus.

“That’s when I started to broaden my horizons,” the 41-year-old Wiener recalled. “To become aware of a something bigger than flying.”

This bigger picture led him to investigative journalism, and his first job at Die Presse.

“At the time, I basically was the investigative department there,” he recalled. And Skrabal began to realize that “the Austrian media don’t have an investigative research tradition in the newsrooms because it costs money and it’s risky.”

Although he considers newspapers like Die Presse or Der Standard to be “reputable”, his real problem is with the so-called “yellow press” – “the ones my grandmother and basically everyone are really reading,” which have truly sizable readerships in Vienna.

This led him to launching Dossier in 2012, an independent, cutting-edge media outlet that uncompromisingly reports on corruption in Austria. Dossier is completely add-free, which sets it appart from he questionable practice of what Skrabal calls “public advertising” in Austrian media – huge campaigns funded by public companies that lead to hidden advertising, one of the many controversial issues that Dossier has cracked.

Although official public subsidies for journalism still exist in Austria, Skrabal considers them severely limited: about €8 million a year compared to the over €100 million that comes from paid advertisements. The subsidies, based on an out-of-date law, have long only gone to daily and weekly print publications, not monthlies or quarterlies, much less any online. As a primarily online platform, Dossier (like many others) didn’t qualify – until now. With the pandemic, they have finally received their first modest support.

Skrabal’s commitment to truth and integrity is admirable, but he calls it purely “selfish.”

“I wouldn’t be able to work for a publication that forced me to cross my boundaries or compromise my standards,” he reflected.

“And in the end, no one can tell us what to write.” 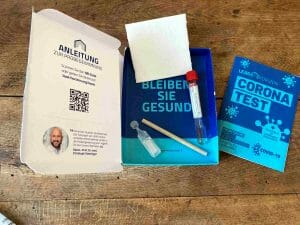 Every Viennese to Get Four Free PCR “Gargle” Tests Every Week

Hungary for More? This Map Shows You Everything you Need to Know