For every Musil, there’s a Doderer. Over the last century, English readers have been treated to a number of Austria’s most brilliant writers, like Robert Musil, Ingeborg Bachmann, Elfriede Jelinek and Stefan Zweig. Yet many more have previously failed to cross the language barrier.

Better late than never: Hailed by critic Hans Wegler as “a great moment in Austrian literature” at the time of its release, Viennese author Heimito von Doderer’s vast novel Die Strudlhofstiege (The Strudlhof Steps) is finally due for its first publication in English – 70 years after it was originally published in 1951. A richly detailed reconstruction of Vienna before and after WW1, Doderer’s magnum opus is laced with linguistic playfulness and bubbling with characters, from a young major with no thoughts of his own to an architect who learns to live without suspenders; all revolving around the monumental steps of the 9th district. Its release is thanks to the efforts of translator Vincent Kling and the NYRB Classics series, founded in 1999 to publish previously untranslated or out-of-print titles that, according to founding editor Edwin Frank, “still have the power to surprise,” with “some sense of lived experience that is still palpable.”

Die Strudlhofstiege follows several first English translations of contemporary Austrian novels, including Maja Haderlap’s Angel of Oblivion, Robert Seethaler’s A Whole Life and Raphaela Edelbauer’s The Liquid Land, highlighting increased interest in the Anglo-sphere. But it’s also the work of dedicated publishers and translators that bring the tensions borne from Austria’s recent history to a new audience, while also giving insight into an increasingly borderless world where identity and multiplicity are central issues.

One such milestone in Austrian literature’s passage into English was the online publication New Books in German (NBG), formed amid fanfare at the Frankfurt Book Fair in 1996 with the aim of promoting and facilitating Anglophone translations of contemporary German-language titles.

An online hub for German-language literature enthusiasts, NBG also helps connect industry professionals, with an advisory board of authors, translators and editors in New York and London convening twice a year to pick out the best new German-language books. The panel’s Austrian recommendations guarantee funding from the Ministry for Art, Culture, Public Service and Sports (BMKÖS) and the Austrian Cultural Forum in London, ensuring release within five years of their original publication.

Narrowing the distance between original release and translation allows the perspectives in Austrian literature to add to current debates in the Anglosphere: Robert Menasse’s satirical critique of the European Project in his novel The Capital (translated by Jamie Bulloch) was intentionally released shortly before Brexit became law. Facilitating close encounters between viewpoints is key to tackling how we function across borders, particularly in a time of resurgent nationalism. “That arch- pestilence, nationalism, which poisoned our flourishing European culture,” as Zweig once wrote, is a subject Austrian literature has continually grappled with.

Edelbauer’s Das Flüssige Land (The Liquid Land), a reckoning with Austria’s National Socialist past, also offers valuable lessons, thanks to the efforts of Jen Calleja, former editor of NBG and translator-in-residence at the Austrian Cultural Forum London: A dark and wildly imaginative allegorical novel following a gifted physicist’s journey to her home village to bury her parents, it warns against avoiding confrontation with the buried past, as denial inevitably contributes to growing instability.

The NBG also facilitates the transition from German to English with its own grants and training – Charlotte Collins was a recipient prior to her translation of Robert Seethaler’s Booker International Prize-short- listed A Whole Life, published in 2015 and now an international bestseller. In an interview with NBG, Collins acknowledged “It’s certainly much easier for the publisher if there’s funding available from another source, also because they are taking a risk when they are buying a book that they aren’t able to read themselves.”

The success of NBG and the books it promotes is part of a sea change in world literature, with the 2019 Nielsen Book Report showing a distinct growth in readership in the UK – and growing post-Brexit. A noted German and French translator of works by Walter Benjamin, Peter Handke and Pascal Bruckner, Tess Lewis observes that “since I started translating regularly about 20 years ago, more than a dozen independent presses have been founded that primarily or exclusively publish works in translation.”

With larger publishing houses increasingly risk-averse, a flurry of recently established independent presses have taken the initiative, playing a vital role in transferring Austrian literature into the Anglosphere.

Established in 2006, it was the not-for- profit Archipelago Books that published Austrian-Slovenien author Maja Haderlap’s Angel of Oblivion in 2016. An autobiographical novel that explores identity and tolerance growing up within Carinthia’s Slovene- speaking minority, Lewis’ English version went on to win the PEN Translation Prize.

Stefan Tobler created another not-for- profit publisher, And Other Stories, in 2010, partly funded by subscriptions to deliver cutting-edge literature from around the world. Tobler himself translated Arno Geiger’s touching memoir of his father’s later years living with dementia, The Old King in his Exile, which was short-listed for the Helen and Kurt Wolff- as well as the Schlegel-Tieck German-language translation Prizes in 2017.

From DIY publishers to awards, the last 20 years has seen a shift in the perception of world fiction in English, with authors from around the globe reaching new audiences. As writer and translator Liesl Schillinger declared in The Atlantic, “Foreign is no longer foreign.” In 2016, the Booker Prize created an award recognizing works in translation, with a £50,000 prize shared equally between author and translator. Two years later, the National Book Foundation followed suit and awarded its first Translated Literature prize, the first category added to the National Book Awards in more than two decades.

Though there have been major recent advances in translation, the market is still relatively small, and much of the work is still down to the efforts of dedicated individuals. Lewis continues to work hard championing German- language authors by curating New York’s annual Festival Neue Literatur, where she was joined by Schillinger in 2019.

The only German-language literary festival in the US, she has used it as a platform to introduce the work of authors like Julya Rabinowich, Anna Weidenholzer and Laura Freudenthaler, helping build an American readership.

Just as Italo Calvino wrote, “Without translation, I would be limited to the borders of my own country. The translator is my most important ally. He introduces me to the world.”

For Austrian literature’s Anglophone future, the gap between boundaries seems to be narrowing. 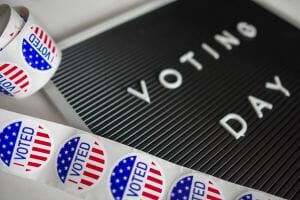 A Banana Republic, If You Can Keep It 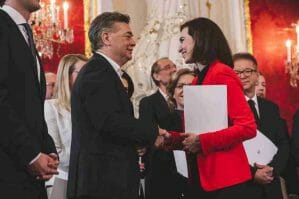