The government’s promise to support the press in economic hard times has crashed into a wall of criticism for giving most to those who need it least.

At the beginning of April, the governing parties ÖVP and Greens as well as the SPÖ decided on special funding for the media (“Medienförderung”), over the protests of the FPÖ and Neos. About 32 million euros will now be distributed to commercial private stations (15 million), daily newspapers (12,1), weekly newspapers (2,7) and non-commercial private stations (2). For daily newspapers, this means a special subsidy of €3,25 euros per printed copy (in 2019).

(For comparison: The regular press subsidies for daily and weekly purchased newspapers, journalist clubs and press councils in Austria amount to almost €9 million per year.)

The intentions were right, and in fact, the media were the only industry that received its own dedicated, direct subsidies. “For the leadership, the media are key to the system, like food or the law,” said the Chancellor’s Special Advisor for Media Policy Gerald Fleischmann in an interview with Der Standard.  “In a crisis like this, we see their importance yet again – for information, monitoring, education and entertainment. In these critical weeks, the media have understood these political responsibilities exceptionally well.  Without the information and the education delivered by the media, the public’s cooperation would have been unthinkable.

The trouble was, they took the easy way out – using old formulas developed in another era, which Fleischmann readily admitted. “We were guided by the existing media subsidy program, because this was the quickest, easiest and most reasonable way.  Personnel, print and distribution: these are the objective criteria.” But using the print run of the previous year, that interviewer Harald Fidler suggested made little sense during a crisis that forced most people to stay home.

The breakdown of the special Medienförderung was published the next day in Der Standard.  If it was also reported in the free-circulation U-Bahn tabloids, few ever found out. Public transit was largely off limits, an opportunity for a tidy reduction in costs for the papers in question.

The worst shall be first

The criticism was not long in coming: As the ranking came out, it was clear that the funds would primarily go to the tabloids, not the quality press. Kurz’s media policy team had used the blunt instrument of circulation to divide up the kitty – or more accurately, the print run – not even adjusting for the countless copies of the U-Bahn tabloids that end up in the bin unread.

“It is not circulation figures or audience ratings that should be decisive for media support, but the quality of the content,” protested Rubina Möhring, President of Reporters without Borders Austria.

The quality weeklies too had been woefully short-changed: “The fact that magazines are not supported is at least as incomprehensible as the print circulation is unsuitable as a criterion,” complained Christian Rainer, Editor in Chief of Profil on Twitter: Not to mention “15 million more for commercial private stations.”

And then there was the €66,000 for the right-wing extremist magazine Zur Zeit, allied with the FPÖ.

The support must go to quality over quantity, saidindustry analyst Matthias Karmasin, in an interview. And why were the subsidies focused on printed copies and digital distribution ignored. Karmasin: “Many people consume their information online, and having quality information there is very important. There are many costs involved, for example, in moderating forums or updating information”. The goal of media policy is to control media concentration, not to “cement” it.

“Not the reality of media today”

To others it was simply out of date. “Circulation figures hold on to an understanding of the media that dates back to the 1970s and looked like this: Media are physical objects sold through drugstores or subscriptions. This does not really reflect the reality of the media today,” said Nikolaus Forgó, Director of the Institute for Innovation and Digitization in Law at the University of Vienna. In addition, he added, “those that generate high circulation… are usually not exactly the newspapers that stand for objective discourse.”

For the Concordia Press Club – the oldest press association in the world – it was an old battle.  For years they have been lobbying to change the criteria: Government support should promote independent, professional journalism in all media, they repeated on their website, not just mass-market.  Criteria for funding should include the number of editorial journalists, membership of the Austrian Press Council, the existence of ethical guidelines such as editorial statutes; and consideration of digital journalism and digital distribution.

Whatever had gone into the decision, it was clear the public hadn’t been asked: In a survey conducted April 7-8 via web interviews with 1000 participants, the Gallup Institute found that 43% thought funding should be based on quality, 17% on the rules of good journalistic practice, and only 11% considered size and reach to be the appropriate criteria.

“The Austrians would like to see distribution based on quality,” said Dr. Mag. Andrea Fronaschütz from the Gallup Institute. Additionally, the study consensus across all political orientations – something she found “an exception and therefore remarkable.” Respondents were also in favor of  supporting quality media with tax money: “The quality newspapers are considered worthy of support,” Fronaschütz said. “Free media are at the bottom of a list of 20 media [institutions].”

Perhaps, suggested Gallup, the media needed to do a better job of lobbying with the public on its own behalf, point to uncertainty among a significant number about the importance of the “Medienförderung” to begin with: While 38% supported the ide of special funding for the media because of economic hardship during the crisis, a greater number, 39% had no opinion, and another 23% opposed it. “It is worrying that the profession is not doing a better job in making its own case,” said Dr. Mag. Andrea Fronaschütz from the Gallup Institute. “Given the importance of reporting and journalism, one would expect broader support. The data indicate a lack of information.”

And so many were left out

Some of the greatest frustration was understandably from the quality niche media left out altogether, the monthlies, like Datum (politics) or the ballesterer (sports), bi-monthlies and quarterlies, like SuedwindAustria (the environment), Das Biber (young immigrants), and of course, METROPOLE, as well as everything on-line.

“What @SuedwindAustria says, applies to us as well. And @FleischMagazin @DATUMSDZ @biber_mitscharf … Good journalism is also available monthly,” tweeted Austria’s largest football magazine Ballesterer. “And not for free. In the #Corona-#media promotion, these magazines are not included. Will it remain so? @Gruene_Austria @volkspartei”)

Help us help you

So as you may have noticed: The name of Vienna’s leading English-language magazine – METROPOLE – is not on the sponsored list:

While the coronavirus has increased the need for independent journalism, it has also undercut the  major revenue sources of news organizations, ours included – advertising, and of course public events, where the issues and concerns of the day can thrashed out together in real places in real time. So today, we ask you to help us. All support in these uncertain times is greatly appreciated. Every subscriber is a vote for independent journalism in English in Central Europe – needed now more than ever. 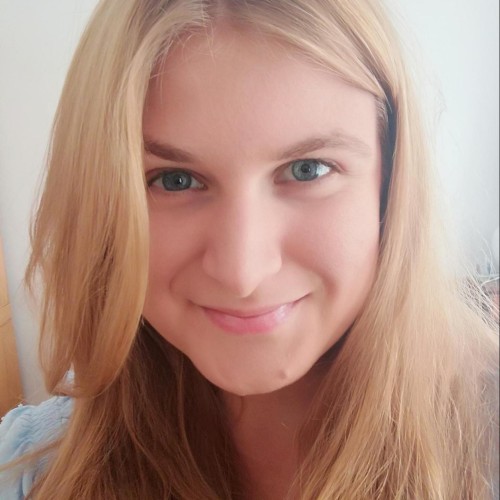 Dardis McNamee & Julia Seidl
Dardis McNamee is editor-in-chief and co-publisher of Metropole, as well as co-founder of Home Town Media. Julia Seidl is the online editor and head of newsletter of Metropole.
CoronavirusNewsVienna News
Previous articleEmergency Power Binge | Will Kurz Be Able to Kick the Habit?
Next articleAustria, the Making of a Republic