“None of us has reinvented the wheel. And no one has invented anything to replace it either. Often one must draw on very old things to further develop new ones.”

Meeting up with Gerstner CEO Oliver Braun at the company’s headquarters at the Gerstner café and restaurant, it seemed odd that it was our first time there. Although the brand itself is omnipresent in Vienna, the café was only opened at this location right across from the Vienna State Opera two years ago, (its original location was just down the street.)

But this carefully chosen location, the Palais Todesco, built in the 1860s, fits right in with the Gerstner tradition, a company that was founded in 1847, and has been connected inextricably with the State Opera, for whom Gerstner has done the catering, since the “new” opera house opened in 1869.

“There is nowhere in Vienna that is more Vienna then here,” the 47-year-old emphasized, patting the arm of the violet, velvet upholstered armchair. The neighboring Café Sacher has been completely renovated and both Demel and Café Central represent entirely different eras. “When it comes to the classic Viennese Ringstrasse salon culture, this is where it’s at!”

Indeed, Gerstner, whose activities include cafés, catering services, and a hotel chain, extends far beyond any one location, product, or service. But all are built on a quality of “nostalgia for excellence.” The Gerstner “experience” depends on one’s first encounter with the brand, he says, whether it enjoying one of their classic chocolate covered strawberries during an opera intermission or being taken to the original café as a child by grandmother for a Schinkenrolle (ham roll). For Braun, living up to the Gerstner legacy is not only an enormous responsibility, it’s a privilege – and a business advantage.

“In the end, being such an old company actually gives us an edge in that we can draw upon an unlimited wealth of experience,” he acknowledged.

And as one of the last of a handful of k.u.k. Hoflieferanten – businesses that were designated with the imperial seal in the time of the monarchy – Braun sees the double eagle as the perfect representation of how Gerstner operates today.

“One eagle is facing the past, which signifies experience, while the other looks toward the future. One cannot exist without the other.”

The End of the City Bikes? 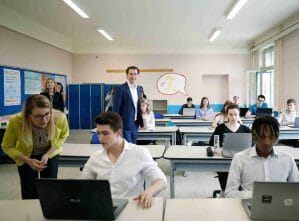 In Austrian Schools, Laptops for All & €200 Million for the Digital Classroom 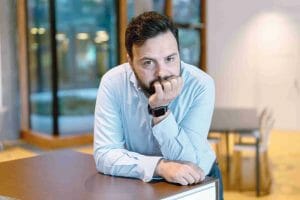 Banking for the People