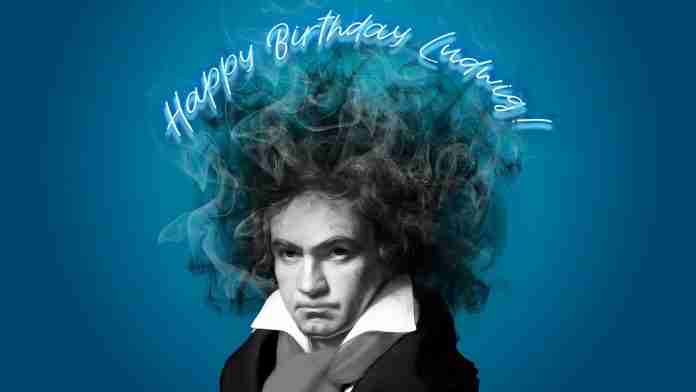 This year we celebrate Ludwig van Beethoven’s 250th birthday. This brand-new video series takes you on a musical pilgrimage through Beethoven’s Vienna.

This article and the video within is part of the ongoing video series Happy Birthday Beethoven! by Majd Nassan and the Beethoven Society for Music and Research. Have a look!

A quarter of a millennium ago, humanity received one of the most precious gifts from God. It was a gift that keeps on giving for 250 years on and shall keep giving for decades, centuries, and millennia to come. Ludwig van Beethoven’s music, in my opinion, is probably humanity’s greatest treasure since it was composed. He gave us this precious gift without being able to hear just how valuable and unique it was.

How can his music make people feel emotions they never thought possible? How can it be so perfect and flawless? How can it be so heavenly? Why is it used to mark important historical events like the 1815 Congress of Vienna or the fall of the Berlin wall? The answer to all of these is simple: Ludwig van Beethoven was a genius, a visionary, and above all – a perfectionist.

Almost all his masterpieces took years to compose with him redrafting until perfection was reached. It took him at least 7 years to bless us with his 9th Symphony. Was all that perfection and attention for nothing? Absolutely not. He must have imagined that his music would change the course of musical history and be revered for centuries to come. Beethoven changed the point of what music was, he turned it into a storytelling tool without any lyrics. A prime example is the mental journey to nature he creates while listening to his Pastoral Symphony.

So, how is Beethoven relevant in 2020? Well, his compositions (and some that came before him) led to the development of modern-day music. Some musical elements he used, inadvertently led to the birth of many of today’s musical genres such as Jazz and Rock! Modern day musical instruments developed because of him, modern technology such as CDs and first Vinyl discs were developed with consideration for the length of his music.

I honestly don’t know how to describe his importance to me. Not a single day goes by where I do not listen to Beethoven. Even when I don’t want to listen to him, his music invades my mind in a way that I cannot ignore. That is actually his specialty, there’s almost no way I can just listen to Beethoven and ignore his music. It’s imposing, it demands attention, and it commands adoration!

I can’t remember a single thing I’ve done in my entire life to which I have devoted as much passion as I have for this video series, Happy Birthday Ludwig! I felt it was my duty to thank him for his music and how it has impacted my life, I was happy to see that people from all over the world share the love I have for him.

I’ll ask you a simple question, think of your favorite historical figure then ask yourself, do people still celebrate his/her birthday so pompously almost 200 years after his/her death?

Beethoven died, but his music will never die.

Metropole’s editor-in-chief Dardis McNamee wrote a primer on Beethoven in Vienna and Where to Find Beethoven in the year 2020 – while some events got cancelled, many went on or were rescheduled for next year.

Coronavirus in Austria | Government-Provided FFP2 Masks for All Residents Over 65 to Arrive These Da...

The coronavirus is shaping our lives. Here’s everything you need to know about COVID-19 in Austria this week – updated regularly.
Read more
Coronavirus

COVID-19 Vaccine Allergies? Real But Very Rare. Here’s What You Need to Know

Although there’s a very small risk of severe allergic reactions to the mRNA vaccine, it should not prevent most people – even with other allergies – from being vaccinated.
Read more
Columns

Situation Again Deteriorating in Europe, US – Stable in Asia

Every Sunday, Metropole brings you a COVID-19 update from Prof. Dr. Florian Krammer, an Austrian virologist who works and teaches at the Icahn School of Medicine at Mount Sinai, New York City.
Read more

UK Citizens in Austria – What to Expect After December 31

Practical Guide to Mental Health and Domestic Violence in Vienna

Overwhelming Uncertainty – Mental Health Issues on the Rise Under COVID-19...

What Europe Can Learn From Joe Biden’s Victory

Behind the COVID Vaccine – The Austrian Key to the BioNTech Breakthrough

Smile and Stay Safe With the Zero Face Mask, Made in Vienna