Real estate can be tricky, but with patience, perseverance and a little luck, you’ll own your own place in Vienna

In many countries, buying your first home is a rite of passage. It’s a foothold in society – like getting married, or having a child – a building block of adult life.
Not so in Vienna. Here most people are renters, where robust laws protect tenants and affordable social housing can be found in some of the most desirable areas of the city. With some 40% of rental property owned by the City of Vienna, it’s not unusual to know a banker, lawyer or politician who lives unapologetically in a Gemeindebau (social housing).

In all, an overwhelming 75% of residential properties in Vienna are rented, according to the 2012 Austrian micro-census. That said, buying property to live in or rent out can give you long term security – a chance at permanence, your own 40 square meters and a cat – and may prove a wise investment.

It’s also easier than it used to be. Since Austria joined the EU in 1995, laws regarding foreign ownership have been relaxed, meaning that any EU national can buy property in Austria with ease. So buy they do. In the last decade, foreigners have invested in ever-larger numbers, and prices have climbed. Average home prices in Vienna rose 55.6% between 2008 and 2013 alone, according to Knight Frank, international real estate consultants, although they are still well below those in other European capitals.

There are still deals to be found, however, where you can be relatively central but get more for your money. For a nice two-room apartment in an Altbau building (generally pre-WWI) outside of the city centre, you can find very appealing properties for €200,000 for 76 square meters and around €300,000 for a three room apartment of 115 square meters. That said, it will be easier in the 2nd, 3rd and 5th districts than the more highly sought after 6th, 7th, 8th and 9th districts.

You can also sometimes find a bargain in a property that comes with a tenant, although this puts you in the rather ghoulish position of waiting until they die to take over. Here you’ll pay 60 to 70% less than for an empty flat, but you also won’t be able to get a mortgage.

As a cash buyer, it should be clear sailing, especially if you’re an EU citizen. It’s a different story if you’re non-EU. For those unfortunates, there is the rather daunting Ausländergrunderwerbsgesetz (Foreigner’s Property Puchasing Law) requires that all transactions be approved by the district authority. This process can take up to six months, although not always.
American Amy Nixon bought her two bedroom Altbau apartment in the 2nd district a year ago, and said that her lawyer had “painted a horror scenario in which it could take up to six months to get approval. But in the end it was fairly simple – a couple of months,” she said. Still, the experience was “incredibly stressful.” So it’s important to have the right professional help.
Some third-country nationals often find it helps to found a GmbH (a limited company), especially if they are buying more than one apartment. It’s mostly a question of patience and doing your homework.

Getting a mortgage
Briton Andreas Tattersall is in the process of buying a larger apartment than his three-room Altbau in the 3rd, to accommodate his growing family. His choice: a new development in Kaisermühlen, in the 22nd district near the UN, directly on the Danube and with excellent transport links. The experience has been easier the second time around, as he knew what to expect – but on both occasions he found getting financing approval the hardest part.
“Austrian banks are a bit more conservative and risk averse (than in the U.K.). They tend to request a down payment of around 40%, although you can negotiate down to 20% or even 10% if you have a good income and a permanent contract.” Still, the more you put down, the better the terms.

Austrian banks will also want to know the property details before they tell you how much they will lend. This means presenting pictures, a purchase price and a contract for the property you have in mind. This can take time, as Tattersall found out with his first apartment. Despite having a verbal agreement, someone with financing in hand was able to buy the property out from under him.

So back he went, poring over the real estate ads and spending every weekend tramping from flat to flat. Four months later, he found a lovely Altbau in what was then an up and coming area – the Kardinal-Nagl-Platz in the 3rd district, which he was able to buy directly from the owner.
Still, even though he worked for the bank, it took almost a month to get his mortgage approved. Collateral requirements are strict in Austria, and the bank insisted he buy a life insurance policy as security for the full amount of the loan, as well as employment insurance to guarantee the payments. You can expect to pay around 2% of the mortgage value in bank fees.

The question of an agent
A real estate agent’s commission is set by law at a maximum of 3% to 4% of the property’s sale price and is usually shared by buyer and the seller. If you do use an agent, their fee will be around 1.5 to 2% of the purchase price.
Jacqueline White, originally from the U.K., had been working with an agent to find an apartment in 2013, until she was advised by her lawyer against signing the Kaufanbot (offer document) the agent recommended. It didn’t fully set out the full terms and conditions, he warned. Finally she found a fully renovated flat dating back to the 1890s in the third district, close to the Belvedere. “One disadvantage of this was that the developer insisted on their lawyer drawing up and executing the contract,” she warned, “so I had to pay both for that and for my own lawyer.”

Many offers will include a clause allowing you to withdraw for a “significant reason”. Be sure to investigate both the property and neighborhood before making an offer. Hidden structural flaws can also get you out of the deal, but can still mean a lot of time lost.
Expect your total transaction costs, including legal fees, property transfer tax (3.5%), registration duty, estate agent’s and notary’s fee to come to around 10% of the purchase price.

Rental income and Capital gains
Keep in mind: Buying a property to rent out will make you liable for income tax on the rental income, and many Altbau properties are subject to rent control. So if you rent out a desirable property at market value, your tenants may be able to come after you later for the difference.

And one final caution, the system here favours permanence: Don’t go into the Vienna property market expecting to ‘flip’ for a quick profit. You have to live in your property for a minimum of five years, or pay capital gains tax at a flat rate of 25%. Any business property is also subject to capital gains. Plant Me a Forest 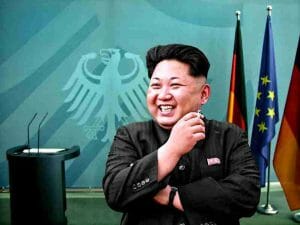