The Viennese keep a running list of enemies: The people in the Billa line (“Zweite Kassa!”), the inexcusably unreliable Wiener Linien (“Seriously, five minutes till the next U-Bahn?!”) and, to keep it simple, just anyone who is foolish enough to get in the way.

There is one nemesis in particular that needs to be fought, tricked and evaded at all costs: the “Government.” Now the Viennese don’t limit this term to their political entities – it entails every larger organization that is out for the little guy and his hard-earned euros.

Finding ways to avoid paying taxes, service fees or other methods of torture is seen as an act of valor. It is certainly not a “crime” in any normal sense of the word. Some people say the Viennese lack ambition – and while that may be true for other things, when it comes to finding ways to cheat the system, we are unparalleled.

To give you an idea of how far we are willing to take this, consider the infamous GIS. In Austria, everybody who owns a television set has to pay an annual broadcasting fee that keeps the ORF independent and running.

If you are a foreigner, this might seem a decent thing worth protecting. If you are Viennese, however, you’ll consider it an assault on your democratic rights! It’s not that you have anything against the ORF; you’re probably a loyal streamer. But, really! With all those dutiful ratepayers out there, how much is one lost fee really going to matter?

And when it comes to achieving justice, the Viennese have shown unmatched creativity: There are legit companies out there offering to remove the tuning device from your television, which waives the GIS obligation, as you no longer are able to receive the ORF programs. Just imagine what this means: After paying hundreds (if not thousands) of euros for state-of-the-art flat screen, you hand over a few hundred more to disable your new device.

However, this is not about money! We are talking David and Goliath.

You David, They Goliath

Now there are many ways to participate in this eternal struggle: Getting your apartment windows replaced and not asking for a bill (you of course pay cash!). Casually “forgetting” to report those stock trade earnings you made with a foreign broker…

Now let’s kick it up a gear:

Why not open up a bank, invent assets worth millions of euros and list them as reserve funds in your annual reports, thereby giving the good depositors a fake sense of security that their “Sparbücher” are at a safe haven? That is pretty much what Martin Pucher was doing for decades. Until his Commerzialbank, based in a small town in Burgenland, had to file bankruptcy this year in a spectacular case of accounting fraud (see our cover story on and our online coverage).

The lesson for you is: Don’t get too greedy and start carrying duffle bags of cash (€156 million to be precise) out of your modest institution as he did. And if you can’t hold back, at least don’t lose track of €99 million of it, claiming you don’t have a clue where that money could possibly have gone (yes, this actually happened).

Taking It One Step Further

Another hero in the battle of good versus evil is Austria’s former minister of finance, Karl-Heinz Grasser, who in December 2020 as a result of a decade long court case, was sentenced to eight years in prison over breach of trust. Over 10 years ago, Grasser cost the state of Austria €1 billion when selling 60,000 government-owned apartments far below market value, relying on illegal agreements and commission payments that only benefited himself and his co-conspirators.

Even for the generous Austrian soul, that was beyond the usual “Kavaliersdelikt” – a trivial offense overlooked among gentlemen – that these things usually get filed under. Two lessons here: If the minister of finance can cheat the system of over €1 billion and still claim he only acted in the national interest, it is perfectly acceptable for you to declare your vacuum cleaner as an office expense. However: Always be sure you have a ready explanation at hand when the auditor rings the bell.

Otherwise, you might end up wimpering the legendary “Wo woar mei Leistung?,” as did poor Walter Meischberger, one of Grasser’s partners, who had received several hundred thousand euros in consulting fees and had to ask his sponsor during a phone conversation (that, as it later turned out, was recorded) what it was exactly he was supposed to have provided in return.

However embarrassing this sounds, don’t even consider going the honest way: If you are Viennese and you declare every single euro of your income without even trying to find loopholes, you are not admired as a loyal taxpayer who keeps the socialist system running. You’re just downright stupid.

The Sly & the Crooked

If you want your piece of the corruption pie, here’s how to go about it Viennese style.

Take Pride in It

A guy from Sweden told me some years ago that in his country people are proud of paying taxes because they know they all benefit from it in the end. What a loser: We Viennese take pride in using every opportunity to cheat “the guys up there” for a couple of euros. Obviously, at the same time, we expect our VIP treatment in the world’s most liveable city to continue uninterrupted.

It’s the Little Things That Count

Austria is the land of opportunities, and when it comes to us Viennese we know how to appreciate the little things in life: sitting in cafés all day, enjoying a nice glass of wine – or declaring the €2.99 pen you bought for your son’s homework as a business expense. These things won’t make you richer at the end of the day – but they will put a smile on your face.

Not asking for a bill at the dentist, paying your handyman in cash – that’s child’s play. There are so many other things you could do to cheat the government: Ask for Amazon gift vouchers instead of your next check. Finally, get off your ass and open up that bank account in Switzerland. But before you do anything else, google up those videos on how to dismantle that GIS tuner once and for all.

“Commerzialbank: A Tale of Criminal Generosity and Incompetent Oversight” by Simon Ballam 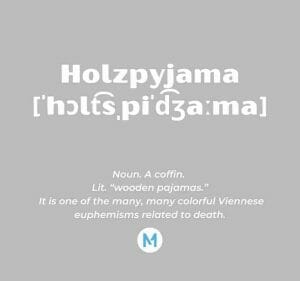 How to Buy Antiques