Anita lives in a small house on one of the steeply pitched streets of Grinzing in Vienna’s 19th district, on the slopes of the Kahlenberg. As she starts her day at 6:00, the only sound is the wind in the trees. After taking her dog for a run in the woods, she settles down with a großer Brauner, surveying Vienna’s skyline below her home in Vienna.

Marco’s Vienna morning couldn’t be more different. His small apartment in the 1st district wakes to the noises of city streets coming to life: The buzz of passersby; the clip-clop of Fiaker horses heading for Stephansplatz, the shouts of delivery men unloading stocks for the nearby stores on Rotenturmstraße. Vienna’s 23 districts have as many identities – more really, as the neighborhoods (Grätzln) within them, each has its particular charms, flair and lifestyle.

In many ways, Vienna is a renters’ paradise, with affordable apartments old and new in almost every district and high-quality social housing, the Gemeindebau, is unique in Europe, if not the world. With about a quarter of the Viennese living in city-owned apartments, the average home in Vienna costs about half of the equivalent space in Paris or London, with average rents ranging from just under €10 to under €15 per m2.

In addition to privately-owned housing, Vienna is known for its public housing.

The first step is to investigate districts to get an idea of where you would like to live. You may want to consider public transport connections, nearby schools, the amount of green space, the types of shops, the eateries and nightlife, or simply the feel of the building and the neighborhood. Often it’s a good idea to stroll around at different times of day, both weekday and weekend, to see what street life is like and who your neighbors will be. There are several useful websites (see below), as well as online listings in by local media, such as standard.at or kurier.at. The site Willhaben.at (the Austrian equivalent of Ebay or Craigslist) also has a real estate section. If you want help, you can hire a real estate agent (you’ll find offices all over town) or work with the agent representing a property you are interested in. But be aware that listing agents often represent both sides, so it’s best to ask. Several banks offer real estate agent services, as well. But don’t rely solely on the agent, get advice from a lawyer or notary if you are serious about a place

You’ll also need to know a bit of the Viennese real estate vocabulary. First, buildings are defined either as Altbau (old building), in the case of rental apartments, that means buildings constructed before 1953. Older buildings, mostly those dating to the turn of the last century, have high ceilings, parquet floors and double doors. Neubau (new buildings) offer modern flats with less history (and generally less charm) but they also have lower heating bills and, occasionally, modern architecture.

Almost every landlord requests a Kaution (security deposit), which is generally three months’ rent but is subject to negotiation. Provision is the agent’s fee, normally one month’s rent for a lease of three years, and up to two months’ rent for a longer lease. Ablöse, sometimes called “key money,” may be requested by the landlord or previous tenant for improvements, kitchen equipment or furniture left behind (that you agree to buy). This is not always permitted, though, so it’s worth consulting an expert before paying the fee. There are several types of apartments defined by the tenancy laws (not all are covered by the laws) and it’s best to seek legal advice before entering into a contract. The Vienna Survival Guide for Housing provides detailed information for those seriously looking to rent or buy in Vienna. While rents are not regulated for all types of apartments, Altbau apartments generally are covered by the tenancy act (Mietrechtsgesetz, MRG), which sets maximum rents (Richtwertmietzins), currently €5.58 net per square meter. But landlords can charge more for certain amenities.

The Schlichtungsstelle is a city service that can review rents and other costs, but it is not an advocate either for renters or landlords. In addition to privately owned properties, Vienna is known for its public housing, called Gemeindebau. There are a series of eligibility requirements regarding residency status, length of time in Vienna (a minimum of two years), income (this varies depending on the number of people who will be living in the apartment), and a number of conditions regarding need.

An alternative is cooperative housing (Genossenschaftwohnung) built by nonprofit associations. These require an up-front payment, which generally reduces the monthly rent and operating costs (Betriebskosten). These apartments are often in blocks with green communal areas and provide a community life, with activities such as barbecues and sporting events organized with neighbors. Associations generally have affiliations that can affect membership; even those publicly subsidized often have eligibility requirements along with a waiting list.

Students and young professionals often can’t afford an apartment on their own, and Vienna has a wide range of rooms offered in private apartments and dormitories. Rooms can be spacious and are often furnished; a private bathroom generally costs more. But if you’re new in the city, this can be a good way to make a friend and find companions for an outing to the Alte Donau or the Wienerwald. And people to share the housework, which (of course!) you remember to arrange in advance.

No matter where you wind up, all accommodations have one thing in common: You have to register with municipal authorities in your district. To obtain a Meldezettel (registration), you need the signature of your landlord on the registration form, or the main renter (Hauptmieter) of the apartment if you are in a sublet (Untermieter).

Take your time, check out neighborhoods and properties that interest you to get a sense of what you want. Once you’ve rolled out the sheets and ordered your first take-out delivery, you’ll be at home in Vienna.

Information on Housing in Vienna

You’ll find everything you need to know about where to live in Vienna, which neighborhood fits you best and what to know before signing a contract in The Vienna Survival Guide for Housing. Whether you want to rent an apartment in Vienna or purchase a Viennese apartment, house or property. 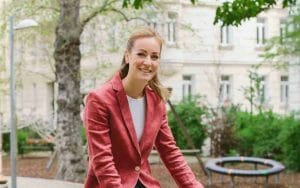 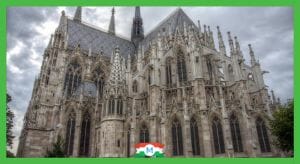