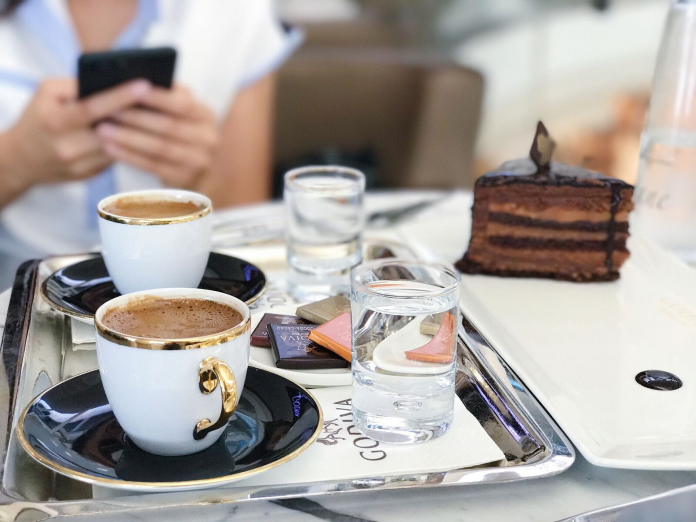 Start with eating, end with drinking – and take in the Gemütlichkeit on the way.

Coming from a chaotic, colorful and noisy part of Italy, a little town close to Rome, makes Vienna feel like a serene and noble lady. Some Viennese seem to embrace melancholy, long for the “good old days” when musing about death was seen as time spent with a friend, and a visit to a cemetery a pleasant Sunday outing.

Clichés, perhaps, in an increasingly international city, ones that are no longer an apt description of the society as a whole. But every cliché has a modicum of truth, and the Viennese do tend to exhibit the characteristics – the ambivalence, the ironic self-doubt, the dark and the light – one might expect in the city of Freud: While the Viennese have generous impulses – volunteering en masse for the refugees in 2015 – they can also be mistrustful of newcomers and insistent enforcers of social convention, deeply concerned with preserving their cultural heritage and habits of the heart. But it is precisely this attention to the Viennese world of the good life, of art and ideas, that makes this city both charming and irritating, so enticingly comfortable, livable, in a word, gemütlich.

It may take newcomers to the city a few weeks or months to adjust to some of the city’s quirks – stores closed on Sundays, café waiters so brusque that you are stunned into silence – you were just trying to make conversation! – or why they refuse to smile back even when you are leaving more than 10 percent tip. It takes a while to realize that an investment of time and perseverance is required to establish the kind of friendlier relationship you might see shared with the regular customers, whose kleiner Brauner appears from nowhere, as they select a newspaper clamped to its bamboo frame. When you at last become a Stammgast, it feels like an honor, indeed.

After two years in this city, I am slowly beginning to feel Viennese: I appreciate the reliability of the U-Bahn, coming punctually every three to six minutes, meeting friends in the evening for an Achterl (1/8 of a liter) of Grüner Veltliner or perhaps a Spritzer – cutting wine with soda water is terribly Viennese.

You don’t want to confine yourself to fellow expats? Here is a short guide to bringing a bit of the real Vienna into your life.

THE PLEASURES OF COMPLAINING

Two key words sum up Viennese attitude to life: Gemütlichkeit, a state of mind as much as a condition, coziness and the pleasures and comfort of taking life easy, and das Raunzen, grousing and complaining. Oh, and of course Schmäh, the teasing, playful wit that uses irony to ease the pain of suffering and loss. But that’s another subject (see Tour de Schmäh, and more, MET 32, November 2018).

There are some telltale signs: Do you expect your U-Bahn to run on time? Do you roll your eyes, muttering in a low voice when you see a six-minute wait for the next train flash onto the screen? Do you ignore all deadlines at work and assume that Sunday is yours, for lying around reading the papers, long-lunching with friends, or sitting for hours in a café over a leisurely coffee?

These are signs you’ve already started the transformation! It’s that mix of simple pleasures with stubborn protest against the irritations and inconveniences of modern life that is truly Viennese.

Maybe Vienna is in some ways too perfect – raising expectations to a level that makes minor infelicities feel like offences to God and Mammon. After all, while being schlampig is human, raunzen is divine.

In Vienna, following the rules is important, and a failure to do so can quickly bring uninvited instruction.

For one thing, never cross on red. This is not a joke: One friend of mine saw an old lady flatten a tourist with her handbag who dared to venture off the sidewalk against the light.

Second, stop and look both ways when crossing a bicycle path. Cyclists in Vienna fought long and hard for their designated piece of the road and can be aggressive about asserting their right of way. Often they refuse to slow down and just ring the bell as they go whizzing past. Even though pedestrians are privileged in Vienna, it is often simpler to just get out of the way. Anyway, he might be right: Cycling is the only form of transport in Vienna in which, you might not have right of way – though why this is, remains a mystery. Of course, if you buy or rent a bike, you’ll likely become one of the rowdies yourself in no time. I speak from experience.

On escalators, stand on the right and walk on the left (“rechts stehen, links gehen”). If you don’t, people may push past you rather forcefully; pity the poor tourists, standing in pairs, or studying a map too far toward the middle.

But as the signs in the U-Bahn will tell you: If everyone follows the rules, things work.

Order a Melange instead of a cappuccino – or be prepared to deal with the rather unusual Viennese penchant for cinnamon on top of your milk foam.

Think lemon is only for fish? Spritz that slice on your Wienerschnitzel and you’ll understand why Austrians like to serve it that way.

Puzzled by the sweet, jammy berries served with your meat? Preiselbeeren, wild cranberries, truly enhance the flavor of Fleisch, particularly of game.

In summer, few drinks are more refreshing than a weißer Spritzer (white wine cut with soda). And you’ll learn the pleasures of vorglühen (literally, lighting up the mood, i.e. having an aperitif) before you head out to party and begin drinking in earnest.

You will appreciate the taste of a Salzstangerl (a salted bread stick) with Beinschinken (slices from a leg of ham) and pleasantly searing Kren (horseradish). If you stop at a Würstelstand for a grilled sausage after a long night at the disco or the opera, you’ll learn that even in evening dress, the Viennese eat Sacherwürstel – tidily of course – with their fingers.

The Viennese have never liked big changes, and grousing over anything new is expected until, over time, the irritation becomes part of the fabric of the city. And thus a legitimate part of their cultural heritage. The wondrous, goldleaf dome of the Secession, for example, was derided as the “cabbage head” when it was built. Today it is one of the city’s landmarks, promoted as a symbol of the rebellious art movement led by Gustav Klimt.
The Opera Ball continues on as it has since 1814 as the glittering highlight of the ball season and the pre-Lenten festival, Fasching, with its roots in centuries of tradition. But the Life Ball, founded in 1992 to raise awareness and money in the fight against AIDS, celebrates diversity with a dazzling array of zany costumes and celebrity silliness that have gained it equal status as an annual tradition.

In truth, Vienna has always been a city of change and innovation, even if the Viennese don’t always admit it – although, come to think of it, actually they do, and they may not even mind, as long as they get to complain about it.

This is a city where old and new coexist, and often even embrace. So you, as a newcomer, will gradually find your place among the Viennese, as you progress from foreigner to familiar, neighbors in Gemütlichkeit, and grousing all the way. 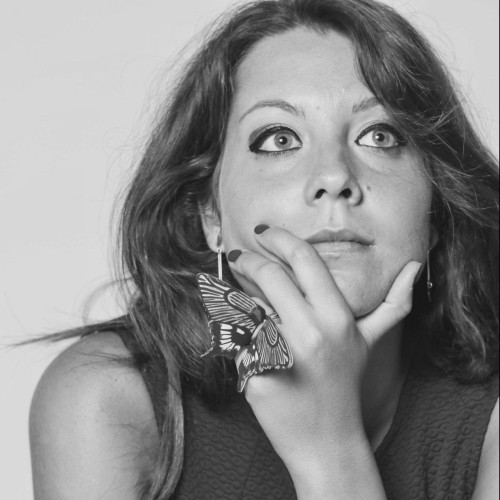 Claudia Paccosi
Claudia Paccosi is half Italian and half Austrian, studied in Rome and was a journalist for Storyful in Dublin. She loves to see almost everything under a poetic veil, that's why she moved to Vienna, where she can learn to dance Walzer and experience its cold snowy winter.
Print EditionsDecember/January 2018/2019GuidanceHow To
Previous articleStats | Being Austrian
Next articleBosnians Reunite Across the Divide