Forget the idea of Vienna as a big open-air museum. It’s really one big playground.

“Jackpot!” a young woman yells excitedly, after her boyfriend managed to roll three cherries at the Mankomania casino. Her passionate outburst isn’t over her beloved’s proceeds though: In this board game, players are competing over who can lose their money the fastest. Grudgingly, the young man collects a couple of hundred thousand dollar bills from the bank and, to comfort himself, walks up to the counter to take some Gummy Bears for sale by the piece here at Café Sperlhof. Opened in 1923, Sperlhof’s post world war chic has survived without, shall we say, fashionable adjustments – with the exception of the gravity-defying piles of board games towering to the ceiling that are scattered throughout the café. Some of the games are incomplete, thanks to the occasional guest who had one or two bottles of Wieselburger too many, and tried to pull out a game from the bottom of one of the pillars, turning the room into a battlefield of Hasbro body parts in plastic and papier-mâché.

Change of scene to a Turkish restaurant embedded inside the metro station Meidlinger Hauptstraße. Workers come here for a last pit stop on their way home from a tiring nightshift, ordering a hot kebab and a cold beer.

Every morning, though, at around 7, a group of elderly gentlemen gathers at the same table for a round of the traditional Viennese card game Schnapsen, enjoying a couple of spritzers while they watch the morning traffic and passers-by on their way to work.
What seem at first to be two different worlds, those two scenes reveal how deeply rooted gaming culture is in this city, throughout all backgrounds and districts.

This comes as no surprise, as it combines all the things the Viennese love most: lounging inside a dark café, drinking alcohol and arguing about questionable rules from some superior entity (the rule book) that are standing between them and a successful gaming existence. After all, the Viennese are not on this planet to solve, or even bother with, the problems of the world. But they might just be the world champions in board games – like the classic Mensch Ärgere Dich Nicht, whose world championship took place in Vienna in 2014.

While Vienna is often considered to be a huge open-air museum, the city might more accurately be called an urban playground. In the scavenger hunt Journey Vienna, players work in teams or on their own to find checkpoints scattered throughout the city, where they have to solve certain riddles or challenges. If they are caught (by being high-fived) by the so-called “hunters” (an opposing group of gamers out to find them before they reach the checkpoints) they lose. Uninitiated bystanders often watch the scenes of the game in amazement: Strangers are seen talking and even laughing together in the U-Bahn. Spontaneous conversations unfold beyond a “Können’s bitte Platz machen?” (“Could you step aside please?”) and individuals who met for the first time minutes earlier amicably head to the next bar for an after-game drink and a friendly debriefing. One could even get the impression that there is a version of local – i.e. nerdy gamers – who are actually more open-minded than your usual “don’t you dare smile at me” Viennese.

Not all of us are up to this much intimacy between strangers, and, in fact, there are fewer overwhelming alternatives: If being locked into a dark room with your co-workers, spouse-to-be or best man sounds like a fun afternoon, you should look into the vast offerings of Exit the Room, a game that has take the Austria’s capital by storm.

Inspired by video games, the phenomenon started several years ago and involves players taking the role of Indiana Jones or some other brave adventurer who has to solve riddles in what are usually gloomy and dusty enclosed spaces. Exit the Room takes the thrill from your TV screen to real life – or to virtual reality devices that players wear in the VR version of Exit the Room that recently opened up at several Viennese locations as well.

And talking about video games: Once a year, old and young gather en masse at the video game convention Game City to try out the hottest new games coming out for their Play Stations, Nintendos, Xboxes and PCs. Game City is a symposium, an e-sport event and a gaming fair in one – and as it is Vienna, entry is free of charge. And if you are thinking that this geek meetup takes place in some forgotten factory hall on the outskirts of the city you are very wrong: In fact, the mayor hands over the keys to the Rathaus (City Hall) and 80,000 visitors come for the weekend to play.

Queuing up in front of the venue to get badged and get your age verified (in order to access the grown-up areas of the convention), you can bond with like-minded gamers. And while a few decades ago these might have been your cliché pale-faced teenagers wasting their lost youths in front of an Atari screen, in Vienna gaming has long since hit the mainstream TV shows such as The Big Bang Theory empowered Austrian nerds in their playful hobby – and the hope that the hot blonde next door might fall in love with their Olympic-level mastery of Dungeons & Dragons.

Back at Café Sperlhof, the game of Mankomania is finished. In a sudden turnaround of events (and the crash of the in-game stock market), the young man has lost all his fortune, making him now the winner of the game. Drink orders are on hold, as the only waiter (owner Heinz Sommer) is busy chatting with a regular and it could take a while. Nobody seems to mind, as here in Vienna, life itself is just a game.

Our city offers plenty of places to play, be it classical board games, virtual reality or various approaches to escaping a room.

Since 1991, students living in and around the 8th district gather here for casual game nights. More than 100 board games wait to be unpacked – if the selection is too overwhelming, the helpful staff will give advice on choosing between an epic fantasy adventure or a more accessible round of Monopoly. If the session runs overtime and stomachs start to growl, you can order hot meals even after midnight. They offer regular specials and themed evenings like Bingo night or sneak pre-plays of yet-to-be-released games.

If walking around with an HTC Vive goggle or similar equipment that displays virtual landscapes, futuristic weapons and gruesome monsters right before your eyes is your thing, an afternoon coffee stop at Vrei, Europe’s self-ascribed first virtual reality café might be just the right thing. Step into the shoes of a pilot, a Formula One race car driver or a big guy with an even bigger sword and wonder at the marvels of technology. If you get a headache or are longing for some analog fun, they offer pizza and beer for an old-fashioned conversation with your friends in the real world.

There are several providers offering an array of different rooms and challenges, the one at Hernalser Gürtel was one of the pioneers that brought the game from Budapest to Vienna. As you enter the location, the traffic is rushes along just meters away on the Gürtel, don’t let the shabbiness in its interior fool you. In five rooms with themes like “Madness,” “Bomb” or “Zombie” up to six players work together to escape their prison within an hour. If you get stuck, the game master helps out with clues, making this a fun pastime for people not even if you’re unfamiliar with gaming culture. 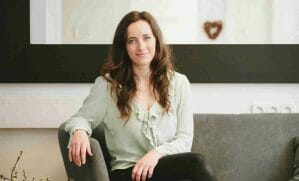