Nuclear Vienna: “Atoms for Peace” in the Age of Trump

Why the city is so crucial for global nuclear safety

On December 8, 1953, US President Dwight D. Eisenhower stood before the UN General Assembly to plead for peaceful uses for atomic energy. “My country’s purpose is to help us to move out of the dark chamber of horrors into the light,” he said, “to find a way by which the minds of men, the hopes of men, the souls of men everywhere, can move forward towards peace and happiness and well-being.”

With the nuclear devastation of Hiroshima and Nagasaki at the front of his mind, Eisenhower believed that it was necessary to create an international body that would promote the peaceful use of nuclear energy and prevent its misuse for military purposes.

The result of his “Atoms for Peace” speech to the General Assembly was the establishment in 1957 of the International Atomic Energy Agency (IAEA), with its headquarters in Vienna. Initially in the old Grand Hotel near the Vienna State Opera, it moved in 1979 to the Vienna International Centre, where today some 2,560 scientists and diplomats work to fulfil its all-important mission. While much of the IAEA’s activities take place below the radar, there are times when the agency’s work emerges into the media spotlight.

This happened most recently when the Iran nuclear deal was reached in Vienna three years ago between Iran, the five permanent members of the United Nations Security Council, plus Germany and the European Union. The IAEA was to monitor and verify Iran’s compliance with the deal and was thus granted access to Iranian nuclear facilities.

Hosted by the Austrian government, marathon negotiations took place in Vienna. Negotiators worked day and night at the hotel Palais Coburg opposite the Stadtpark. On the balcony of the hotel, Iranian Foreign Minister Javad Zarif would chat informally with international media, who camped in a large tent in front of the hotel. Despite enormous pressures that pushed the talks to the brink of failure several times, a grand compromise was reached on July 14, 2015.

“The politics of hosting international organizations and international talks in Vienna is a crown jewel of Austrian foreign policy,” says Ambassador Wolfgang Angerholzer, who is Director of the Department for International Organizations at the Austrian Foreign Ministry. “It is supported by all political parties in Austria over a long period of time and has become a consensus and state policy,” he adds.

As home to the headquarters of the IAEA, which would have to monitor compliance, Angerholzer explains, Vienna was the ideal venue for the Iran talks. Indeed, in 2017 alone, IAEA nuclear experts spent 3,000 days in Iran verifying the deal and collecting information on Iran’s nuclear program.“Iran not only agreed to eliminate most of its stockpile of low-enriched uranium, it also accepted a cap on the level to which it can enrich uranium under the deal,” says Laura Rockwood, who served as section head for Non-Proliferation and Policy Making in the Office of Legal Affairs of the IAEA for 28 years. In return, the U.S. and the EU lifted economic sanctions on Iran.

The aim of the deal was to prevent Iran from developing a nuclear explosive device for military purposes, thus making the world a safer place. It therefore came as a staggering blow, when on May 8, 2018 President Donald Trump announced that the US would withdraw from the agreement. Just two months before, IAEA Director General Yukiya Amano officially stated that Iran was in compliance with its nuclear-related commitments under the deal.

European partners immediately declared their intention to stick to the agreement and said that they would continue to implement it. In an effort to save the deal, Iranian President Hassan Rouhani plans to visit Vienna on July 4 to discuss possible further EU support.

“Iran has so far responded in a very restrained way. Tehran is hoping that Europe will hold the deal together, as the country really wants to become more engaged in the global market. But in the end, it may come down to the bigger European companies, and whether they are willing to take the risk to continue doing business with Iran,” says Rockwood.

While the future of the Iran deal is uncertain, Amano made clear in November 2017 that “the IAEA is a technical organization, not a political one. Maintaining credibility is very important for us, and for the world, because we are the only multilateral nuclear verification authority.” Hence, notwithstanding all the political turmoil, the agency currently continues to verify Iran’s compliance with the landmark agreement.

Lockwood, like many leading diplomats, is fearful of what the demise of the Iran deal would mean: “It would be a much more dangerous situation if the deal fell apart,” she told Metropole. “It would not only remove the constraints to which Iran has agreed with respect to its nuclear program, but would confirm the inevitable conclusion of US unreliability as a partner in international agreements.”

As Eisenhower said in 1953, “it is not enough to take this weapon out of the hands of the soldiers. It must be put into the hands of those who will know how to strip its military casing and adapt it to the arts of peace.” It is up to Europe to see that his vision still prevails. 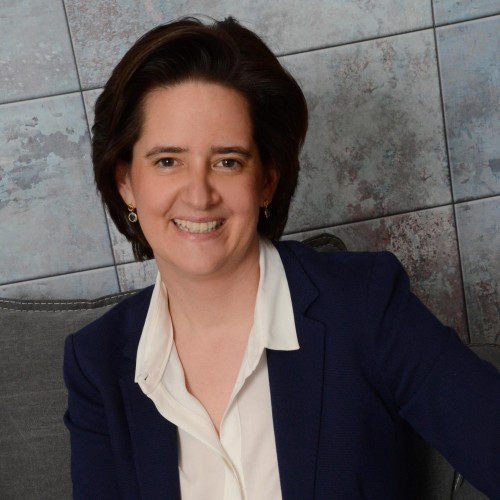 Stephanie Liechtenstein
Stephanie Liechtenstein is a diplomatic correspondent and freelance journalist based in Vienna, Austria. Her articles and research are focused on the Organisation for Security and Cooperation in Europe (OSCE), multilateral negotiations, international organisations, foreign and security policy, the EU, East-West relations, and Austrian politics.
FeaturesInternationalPrint EditionsJuly/August 2018
Previous articleWhere Will the Far Right Take Austria’s EU Presidency?
Next articleHide from the Heat at the Cool Calle Libre Street Art Festival