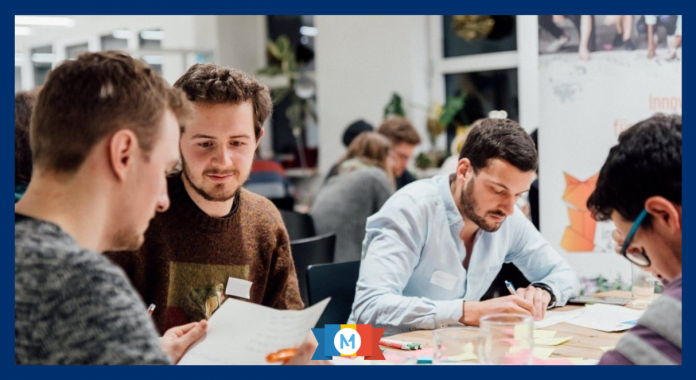 Romanians’ entrepreneurial spirit, long suppressed under the communist regime, is experiencing a renaissance – it can be felt even in Vienna.

With EU membership in 2007, Romanian students were able to gain international experience through Erasmus or AIESEC student exchanges. With skills and a sense of adventure, many have started successful ventures both in Romania and abroad.

Vienna – where East and West meet – was long a desired destination for many Romanians, even before the fall of communism, when hundreds risked their lives to escape Nicolae Ceaușescu’s repressive regime. Once they reached Vienna, they would be safe and free.

One of those was Mihail Iulian Ioniţă, who fled Romania in the late 1980s, when the brutality had reached its peak. An engineer by profession, Ioniţă escaped the country together with a friend, leaving his son behind. December 1989 was a life-changing month for Ioniţă’s family. Suddenly, with the fall of Ceauşescu’s regime, there was a chance for his family to reunite. In early 1990, little Michael, then 6 years old, would embark on a once-in-a-lifetime adventure, traveling by train with his grandmother from Bucharest to Vienna, where he would see his father again. This would have been unimaginable just a few months before.

The journey took forever,” says Michael Ioniţă-Ganea, now an Austrian citizen and a successful businessman in his 30s. “At the Hungarian border, the train and every passenger on it were thoroughly searched. Then the whole train was lifted up, to adapt the width of the wheels to fit the Hungarian tracks.”

Young Michael’s first home in Austria was a refugee settlement in Baden, where shortly after he also started first grade. Speaking no German, he was the butt of jokes as the other children made fun of his inability to communicate. But with the help of a friendly classmate, he thrived. Years later, as a teenager, he found a role model in a smart Romanian family friend a few years his senior and also a refugee, who opened up the fascinating new world of computer games and programming.Like his friend, Michael went on to study at the Technical University, and they even partnered on freelance projects, a rewarding experience that enabled Michael to earn a living while he developed his technical and entrepreneurial skills.

At business events, Michael explored new business ideas and met like-minded people. At one meet-up, he got to know a young entrepreneur based in Hong Kong with whom he later co-founded RealLifeConnect, a technology startup (then a term without today’s cachet). Suddenly, the world opened up – with an office in Hong Kong, and clients in Las Vegas and beyond. They “exited” (i.e. sold their company successfully) to an American company, his first visit to the US.

In hindsight, Michael laughs at how naive he was then, stumbling into entrepreneurship without knowing what he was getting into. After the exit, he decided to leverage hard-earned lessons to help startup founders build products and solve problems.

Today, Michael serves on the board of Austrian Startups, where he focuses on building successful tech and product teams. He loves creating things and sharing his knowledge with the community. Recently, Michael jumped in to help the EU vs. Virus Hackathon, as a co-organizer representing the startups’ side.

Michael is also excited about the “No Code” movement that enables entrepreneurs to move fast and inexpensively from idea to the MVP (minimal viable product) stage. He promotes it through meetups and, soon, YouTube videos.

Life also led Alexis Eremia, another native of Bucharest, to Vienna. As a leadership member of AIESEC, the international student organization, in Romania, Alexis had the opportunity to join their Viennese team. What was initially planned as a one-year stay has become a defining journey. After a series of coincidences on both professional and personal levels,she became a long-term Viennese resident.

Through AIESEC, Alexis had great career opportunities even before Romania became an EU member. During the height of the 2008 financial crisis, she was working in the banking industry. Even before the financial meltdown, Alexis was fascinated by the goals of social entrepreneurship. During her university studies, she and her friends were already planning to find a way to have meaningful careers “when they grew up.”

Alexis’s belief that business could make a difference on social issues was rekindled on a trip to Bangladesh, where she visited the Grameen Bank, founded by Nobel Prize laureate Muhammad Yunus. Upon her return, she was eager to build a similar community of like-minded people, which led her to co-found Emersense, a project in social entrepreneurship formed with colleagues Matthias Reisinger and Hinnerk Hansen.

From there, they found out about the London-based Impact Hub, then a rising global network of co-working spaces and social entrepreneurship. In 2010, with her Emersense co-founders, she started the Vienna Impact Hub (VIH) in the heart of the bohemian 7th district.

What was first regarded with skepticism, has become one of the most iconic locations on the city’s innovation map. It has also played a pivotal role in building the startup and social entrepreneurship ecosystems in Vienna and helping shape the political agenda around these issues. Among their most notable projects is the Social Impact Award, a project of the Vienna University of Economics and Business (Wirtschaftsuniversit.t Wien).

Now a board member of the VIH, Alexis is proud of what the team has achieved, while she is “still dreaming of the moment when every entrepreneur will get unrestricted support.” Beyond this, she also hopes to mobilize support for environmental sustainability: “Sustainability is common sense and survival. Everyone who cares about life should care about sustainability.”

It’s about making society more egalitarian and finding business solutions that are more respectful of nature, she said. She currently works with large organizations to support their change processes. From here, together with the VIH, she is “looking into the next 10 years,” hoping to create multi-stakeholder, innovation ecosystems focused on climate and regional development. She is a strong believer that you can always find people who care and are willing to lend support. Her leitmotif, in business as in life, is DREAM, BELIEVE and ACT.

Vlad Gozman, founder of TEDxVienna, is also originally from Romania. Born in Arad, in the west of the country, he is long since a local.

At first, he didn’t get much support. “Locals here are generally rather cautious when it comes to new things,” Vlad admitted. Nevertheless, Vienna was definitely a conscious choice, as he was “searching for the antithesis to Bucharest.” Vienna offered “just the right contrast to communist-era housing blocks, unreasonable traffic congestion and systemic corruption.”

“The drive to create something is perhaps rooted in necessity more than anything else,” he said. “Much like for many other foreigners, as almost half of all entrepreneurs in Vienna have migrant backgrounds.”

But necessity alone is never enough. “It’s always a blend of circum- stance, opportunity and hard work,” he said. Founding TEDxVienna in 2010 was one instance where chance came into play – his “intricate integration strategy, to find internationally oriented communities.” To his great surprise, he quickly found out that the only way to join TEDx- Vienna was to create it himself: “Though scared of many unknowns, I was intrigued by the idea of having something of my own in a city where I had nothing else.”

With Austrian Startups, Vlad considers himself “lucky to meet and work alongside visionary people” who were laying the groundwork for what the startup ecosystem has become today. A startup founder him- self (his current venture is the user engagement platform involve.me), Gozman is fond of what the Spengergasse cluster – “a pool of motley, bubbling heads out of which something like Austrian Startups was bound to spring out” – has achieved in the decade since.

What would further increase the attractiveness of Vienna to entrepreneurs would be “more diversity and competition among infrastructure providers,” he says, from community and mentoring, to access to growth capital.

With their energy, creativity, openness and “getting things done” mind-set, Michael Ioniţă-Ganea, Alexis Eremia and Vlad Gozman have achieved important successes and made Vienna a more entre- preneurial, open-minded, progressive and colorful place. Through their work they continue to inspire new generations of young entrepreneurs, creatives and social innovators who are lucky to call Vienna their home.

As a German, life in the city is not always easy. For those who get to know the city better, there’s plenty of wonders in store.
Read more
Cross-Border Exchange

On March 16, 2020, European politicians closed internal EU borders to stop the spread of the coronavirus. It was more than a formality: this massive restriction on interpersonal relationships did not go over easily.
Read more
General

‘Til Death Do Us Part – Understanding the German-Austrian Relationship

From football to Franz Ferdinand, Germans and Austrians always find plenty to (dis)agree upon.
Read more

Bailing Out of London

The Ongoing Battle to Uphold Coffeehouse Cultural Heritage in Vienna

Meet Johanna Weichselberger, Founder of the Vienna School of Coffee

5 Movies and Series to Stream in Austria This Winter