With coronavirus numbers on the rise again, and amid fears that existing vaccines may prove less effective against new variants, scientists around the world are innovating to find effective treatments. Here in Vienna, Dr. Herta Steinkellner and her team at the University of Natural Resources and Life Sciences (BOKU) have used tobacco-related plants to engineer new “super antibodies” that, in lab tests, have proved particularly effective at combatting the virus. Perhaps more importantly, they’ve shown that plants can be used to produce even very complex therapeutic proteins, with tremendous potential for the pharmaceutical industry.

Steinkellner’s team has created what the Austrian press termed a “super antibody” – but what does that mean?

Antibodies, or immunoglobulin, are protective proteins that immune systems produce in response to the presence of specific antigens. What we commonly call “corona” or “COVID-19” is the disease caused by coronavirus type SARS-CoV-2. Coronaviruses are widespread, and various strains are responsible for the common cold as well as more serious respiratory diseases, including MERS, SARS and – of course – COVID-19. Any virus has a genome that encodes various proteins that help it fulfill its only purpose, namely reproduction. The immune system recognizes some of these proteins as antigens, generating a range of antibodies in response.

One type ofantibody that helps fight COVID-19 are so called IgAs, and they exist in nature as both monomers (single molecules) or dimers (two connected molecules). These tend to circulate in mucosal tissue, i.e. noses and throats – the entry point for the coronavirus.

“We studied all this existing literature, and found some indications that naturally dimerized antibodies present in convalescent human sera neutralize SARS-CoV-2 more efficiently,” Dr. Steinkellner told METROPOLE. “I said okay, why not engineer such an antibody-format in the lab to see whether this is a general mechanism. We purposely generated monomers and dimers and, under controlled conditions, compared the two forms.”

Working with Dr. Karin Stiasny at the Virology Department of the Medical University of Vienna, the joint team discovered that the dimer form of antibodies are, at least in the lab, highly effective – much more so than the monomers human bodies are more likely to create on their own. “It was a great cooperation of bio-engineers and virologists,” she said. “Cooperations like this are a must if one wants to achieve breakthrough results.”

Before their findings can have a real-life medical application, the principle will need to be tested on animals and then on humans. Dr. Steinkellner wouldn’t pin down a timeline, but she noted that while this process would ordinarily take years, the political will to end the pandemic might accelerate the process, as it did with vaccine development.

“Corona has changed the rules,” she said. After initial animal testing, it would up to one or more pharma companies to turn this technology into a tested medication.

“One obvious potential application would be to develop a spray or similar application that can reach the mucus membranes of a person’s nose and throat, ” she explained. Doctors could prescribe a nasal spray to help prevent infections from spreading to other parts of the body, or as a prophylactic for high-risk people.

Perhaps the most exciting outcome of this research is its proof that therapeutic proteins, the “super-antibodies,” can be produced not just in mammalian cell cultures, but by plants. “We are using whole plants,” she explained. “We introduce human genes into plant cells. When you go to the molecular level, all these cells use the same code, the produce similar products. It sounds a bit strange, but evolutionarily, these processes are identical because we all come from a single ancestor cell that differentiated into different species during evolution.”

Dr. Steinkellner’s team has been engineering antibodies in plants for over twenty years. “The first big success was during the Ebola crisis in 2016, when the first therapeutic antibody was produced from our modified plants.” Now, the COVID-19-fighting antibodies her team has produced may be even more promising.

To get it express antibodies, the team begins by growing the plants from seed. “When the leaves have expanded, we incubate them with a suspension culture in which we have bacteria containing the human antibody genes,” she explained. “The bacteria serve as a taxi to introduce the genes into the plant cells. Then the plants ‘think’ that these are their own genes and begin to produce the antibodies themselves.”

Steinkellner’s team share seeds from their modified plant line with labs around the world, which use them to do similar research. Using plants to produce therapeutic proteins has advantages. They grow fast, and their large leaves mean a large biomass working to produce the needed proteins.

“Plants are more convenient and affordable than conventionally used animal cell cultures,” she said. “The process of production is easier, because if you need mammalian cell cultures, you need bioreactors and sterile conditions.”

Why doesn’t everyone use plants for this work? As Dr. Steinkellner tells it, “Companies have not been hugely interested in changing their systems, in which they’ve invested billions of euros or dollars.” Creating new systems at the scale required for industrial production would require a serious outlay.

But Dr. Steinkellner’s latest work might help change minds. The “super antibody” molecule is “really one of the most complex proteins known, with a lot of subunits.” And yet, it was made in the leaves of plant.

“That plants can make such a complex human protein is really amazing, and we hope that plants will become more a focus for the production of these pharmaceuticals,” said Dr. Steinkellner. “I am very excited about future developments.” 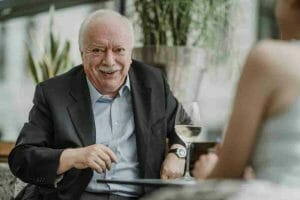 If you Love Classical Music, Keep Your CD Player on Hand 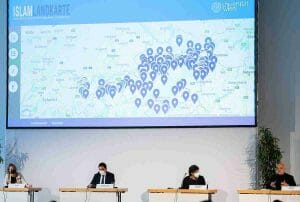 One Year After the Vienna Terror Attack of 2020, Most Austrians Not Afraid of Another Attack