Light artist Waltraut Cooper’s installations have broken ground for decades. We spoke about digitizing the UN, the Biennale and world peace.

Her wild, neon red hair makes her impossible to miss. It fits the style of her art, flamboyant, but reduced to the essentials. She is shy, almost reserved, but with a boisterous laugh and keen mind, seemingly ready for anything.

“Should I have a kleinen Brauner or a glass of wine?” she asked as we settled in to our booth at the Café Landtmann. The octogenarian reaches for her laptop as she glances to the waiter. “I’ll have a Riesling, that will look better on the photo.” Like her art, Waltraut Cooper doesn’t fit the clichés of her generation.

Born in the Upper Austrian countryside, she went to the same boarding school as Romy Schneider. “I was born before the war,” 1937 to be exact. “Today we can’t even imagine, but there was just nothing left.” At her school, there was a playground and a tennis court.

She went on to study Mathematics and physics at the University of Vienna and the Sorbonne in Paris under the famous mathemattician Laurent Schwartz, and began teaching at a Gymnasium back in Linz. But she was always drawn to painting. In Santa Barbara, she was a teaching assistant in Mathematics at the University of California when she met her husband, a Scot, and the only other European on the faculty. She later moved to Lisbon, Portugal where she first studied graphics and etching.

She has always seen the links between mathematics, art and the natural world. “Mathematics works with concepts and structures. It has high aesthetic standards.” Take Einstein’s E=mc2. “That’s simply a beautiful formula.” Mathematics is the language of the natural sciences. “Nature is also beautiful, so why shouldn’t what describes it be beautiful too?”

Cooper’s art has been celebrated for decades. In the 1980s she won the Federal Scholarship Prize for Fine Art with a mural in the Austria Center called the Friedensfries (Peace Frieze). As a nod to the UN peace efforts, Cooper had digitalized the word UNO in 1s and 0s, as rising and falling bolts of lightning.

It was while working on this piece, that she was invited to the Biennale for the first time. It was 1986, the theme was “Art and Science”. There, she presented a light room, built as a cube with neon light rods and (then a novelty) a personal computer. “People could type their names into the keyboard, and it would come out as light and sound.”

Today she is best known for her light installations, both projections and rods of light, created for museums across Europe and many locations in Austria. Locally, she is perhaps best-known for the Rainbow Trilogy (1999-2015). Beginning with the Rainbow over Austria, celebrating the end of a century of world wars, it continued with the Rainbow for Europe in 2004 on the occasion of the EU expansion that has helped secure peace in Europe. The third was in 2015, the Worldwide Rainbow marked the 70th anniversary of the end of WWII and a gesture of hope for world peace, “the greatest challenge of our time.”

She presented the trilogy at the Architecture Biennale in 2014, the most recent of her four Biennale shows, the most oft-featured Biennale exhibitor among living Austrian artists.

She believes in the possibility of world peace. “If someone had said a century ago that in 100 years there would be peace in Europe, everyone would have laughed.” In her most recent peace installation, in 2015, her geometric projections swept across museum facades coordinated on every continent, including at the Kunsthistorisches and Naturhistorisches Museums in Vienna, with every color of the rainbow.

Light speaks to the way Cooper sees art. “As in science you have to leave out everything that is unimportant to see the essence.” To prove that objects fall at the same speed no matter their weight, you need to leave out air resistance. “I have to concentrate on the essential things, otherwise nature is too abundant.”

Where to find Waltraut Cooper in March

Cooper loves this Kaffehaus as a workplace when she’s alone but also to meet with friends. Its established role in Viennese life makes it understandable that she has made it her “2nd living room.”

The grand feel-good areal that is the MQ speaks to Cooper’s love of light and geometrical design. “It’s so lively,” she said and as one of the biggest concentrations of art and design in Europe. “I can meet there, work there, eat there…” She frequents the MQ often.

As one of the most famous concert halls in the world, the Musikverein couldn’t be amiss on this list. Cooper herself played the piano and is a great music fan. “They play the whole world repertoire.”

I asked what she loves about the opera house. “They play operas there,” she laughed. She makes sure to catch a performance ever so often and her favorite opera composers are Monteverdi, Mozart and Alban Berg. 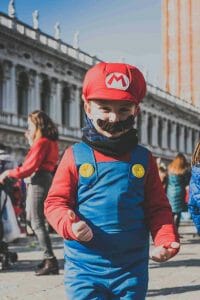 My Life as a Game

Are we Losing Hope in Democracy?