Nearly three decades after the “velvet” revolutions of 1989, the countries of Central and Eastern Europe (CEE) continue to have difficulty living up to the democratic standards set by Western Europe during the Cold War. Throughout the Iron Curtain years between 1947 and 1989, the West took in scores of refugees, establishing a beacon of hope for those fleeing communist rule.

At first, Central Europe appeared to make substantial progress, but the hordes of tourists and the influx of capital from the West merely hid a democracy deficit as the hopes and dreams of Eastern Europeans remained unfulfilled. The realities of a hard-knuckles capitalist market contrasted sharply with the widespread expectation that Western-style democracy would be easy. Then-Czech President Václav Havel feared losing his country’s youth to blind consumerism that would keep them from pursuing the social, intellectual and political justice so desperately needed in the wake of communism’s fall.

A struggle to fill basic needs

In The Ghosts of Europe: Central Europe’s Past and Uncertain Future, author Anna Porter shows how the Central European countries in her study – Poland, the Czech Republic, Slovakia, and Hungary – have taken different paths in dealing with democratic transition. In Poland and the Czech Republic, the communists were ousted almost immediately after the transition, whereas in Slovakia it took twelve years and in Hungary, she claims, it never occurred decisively.

There was hope that the former Eastern Bloc nations would develop and expand their own democratic humanitarian traditions. Still, Central Europeans continued to struggle to fill basic needs: A period of chaotic change from 1990 to 2000 led to a kind of national self-absorption fueled by the harsh competition that caught many off guard. A lack of diversity, begun with the forced ethnic migrations imposed by the Allies following WWI, made Central Europe resistant to any later immigration and, unlike the West, opposed to the idea of accepting refugees.

Porter’s interviews are the strongest part of the book. Despite her extensive interviews with the protagonists of 1989, however, The Ghosts of Europe leaves many questions about Central Europe’s direction unanswered,  particularly about the success of integration into the EU and NATO. Central Europeans see themselves as distinct ethnic groups where outsiders are not welcome. Hatred of Roma in the Czech Republic and Hungary as outlined by Porter substantiates this view, and American billionaire philanthropist George Soros scathingly indicts the former Czech President Václav Klaus: “In my view, Klaus embodies the worst of the Western democracies, just as the pre-revolutionary Czech regime represented the worst of communism.”

Porter’s discussion of minorities speaks to the problem of Hungarian nationalism and “revisionism.” Hungarian President Viktor Orbán’s emotional speeches, claiming to represent the territorial claims of nearly five million Hungarians who live in bordering states present a challenge to these countries, including Slovakia,Romania, Serbia and Croatia. The Hungarian sense of entitlement has not ebbed since then and clearly influences its current border control policy.

As waves of refugees arrive from far-off Muslim lands and terrorist attacks like those in Paris become the norm in major European cities, Central Europe’s identity crisis continues. In spite of their history, the CEE countries have been less open to refugees fleeing war and persecution than their Western neighbors.

It was, after all, Western Europe’s willingness to take refugees and exiles from the Eastern Bloc that helped to bring on the changes of 1989 and 1990, revolutions that would, in fact, not have been possible without the support of the West. 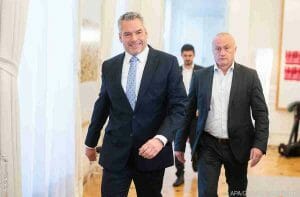