Being Austrian doesn’t make economist Kurt Bayer’s job all that easy. Every culture has its own flavor of corruption, and the “Austrian Version” has many faces. He cites the longstanding banking secrecy laws that make any investigation a long-term, bureaucratic process. The Austrian business and administrative world is not open, he says. There is no Freedom of Information Act.

“In Austria, the mindset is still that the administration is essentially accountable most of all to the parliament, but certainly not to individual citizens.” Today, Bayer is a Senior Research Associate at the Vienna Institute for International Economic Studies (wiiw), and anti-corruption and transparency have remained at the center of his work.

After 10 years at the Austrian Finance Ministry, Bayer was recommended for a board position at the World Bank and a few years later for the European Bank for Reconstruction and Development in London. His experience there taught him a lot, as, “one of the major problems with financing firms in developing countries is corruption.”

When he returned, Transparency International (TI) asked him to join their Austrian team. “They didn’t really have any economic perspective. They were all lawyers, and I gladly joined them.”

At TI, he conducted a study about what Austrian development organizations did to safeguard against corruption. Most didn’t have any effective institutional safeguarding mechanisms. This was just the beginning of Bayer’s deep dive into corruption in Austria.

“Economists are always talking about incentives and about how to get rules to be implemented – lawyers often don’t understand that,” Bayer explained. Years ago, he was on a panel about corruption at the European Forum Alpbach with the then Austrian Justice Minister, who saw no cause for concern. “If you have the laws, he thought, that’s it,” Bayer recounted. “And if the laws aren’t being followed, we punish people.”

Bayer believes that psychologists are right that there is nothing we can do to prevent criminal activity. “There is always a way out and, depending on the reward, there’s a strong incentive to go around everything.”But if we don’t include this kind of thinking in our legal framework, Bayer said, “then you have something nice on the books, but it won’t work.”

“Austrian institutions are anti-transparency because they think they are doing the best for their country, and nobody else can challenge that.” Kurt Bayer chuckles as he explains the reasoning. Coalition governments, in particular, have acted in a quid-pro-quo manner: “In order to find a compromise in politics, we let you do this and we expect you to do this other thing in return. This talking behind the scenes is already, to some extent, corruption.” In general, the view is that decisions made behind closed doors are “A, not open, and B, they might not be in the best interest of either the people or the purpose they are supposed to serve.“

But not “all that glitters” is corruption: “It is very difficult to sort out what is really quasi-corruption and what is just consensus politics.” He recalled the Ibiza scandal in which H.C. Strache and Johann Gudenus were caught on tape attempting to trade company contracts for media influence in the upcoming election. “If you read some of the emails that are now [coming to light] – the deals they make putting people in certain positions – that is certainly corruption.”

Right after our interview, some new emails were leaked from current Austrian Finance minister, Gernot Blümel, in which the CEO of gambling giant Novomatic asks him to get his girlfriend a job in the agriculture ministry. Blümel answered that she should send her CV and he’d see what he could do. The ensuing thread on Falter Editor in Chief Florian Klenk’s twitter feed revealed an interesting cultural aspect behind why political favors like these are disregarded.

“And? Everyone who knows anyone would ask for that kind of favor and does. What’s the accusation?” tweeted one puzzled Austrian. “My son would have never gotten his internship if I hadn’t pulled some strings,” argues another.

But some of these types of back door dealings pose moral questions, Bayer say. “Not everything, which is not punishable by law, is also in the best interests of the general population.” Bayer says that the only way to escape the blurred lines is by being more transparent, by seeing that “the public has the right to find out why certain decisions in the political sphere are being made.”

A lot of the wealthy people in Austria have their assets parked in Stiftungen (foundations), which only get taxed on the money taken out privately, by the beneficial owner. “A lot of this wealth stays untaxed. Actually, industrial wealth is not taxed, period. But the Stiftungen have additional secrecy because you don’t really know.”

When money has passed through a Stiftung, the beneficiary can be hard to identify. There are law firms, mainly in the UK and US, that specialize in finding out who is behind these entities. But it’s not easy,” said Bayer. “After the third straw person, the traces are lost.”

Also, banks are not allowed to extend financing to Politically Exposed Persons (PEPs), as they are at higher risk for bribery and corruption by virtue of their position. It’s also “because they might use their political influence to safeguard their assets,” Bayer says, “which happens with many of the oligarchs in Russia, Ukraine and Kazakhstan.”

Another area that remains shrouded in secrecy is the banking sector, specifically so-called challenger banks or fintechs. “The Austrian National Bank doesn’t really know how to supervise something like a fintech,” Bayer recounted. The same goes for cryptocurrency: Rules simply don’t exist. Unless the money goes through a traditionally supervised institution, it’s invisible.

While Bayer was glad to talk about Wirecard and how that company’s fraud could have gone unchecked for so long, he stressed that this was “a German responsibility. Only the actors Jan Marsalek and Markus Braun are Austrian.” But he quickly backpedaled; in fact, the scandal “has its tentacles into Austria, because Marsalek trained with the secret service people, who fed information into Wirecard.”

Supervision was also complicated because Wirecard was a series of different businesses: “The whole supervisory system in Europe is concentrated on banks – the kind that handle savings and loans,” he explained. “There is a very large shadow-banking industry around the fintech sector, hedge funds, private equity… I think the estimates are that the unsupervised financial services sector is about as large as the supervised one.” Something Wirecard took advantage of.

There’s a lot of work to do, Bayer said. He recalled the ’70s political slogan, “Austria has to be flooded with democracy.” Back then, people were more conscious of corruption. “They changed a lot of the old-fashioned family laws. But democracy stalled at some point.”

To get more transparency, we need two things. First, we’d need a more accountable parliament with more resources, both human and material. And second, citizens need to be better informed and encouraged to be more involved in the political process.

And the political parties? “It used to be the Greens, but they have become more reluctant. Now it’s only the Neos party who are pushing for that.” While he’s not a Neos fan, “that’s what you really need.”

On tax justice and transparency rankings, Austria doesn’t do well in international comparison. “Not that we have to compete,” Bayer shrugged, “But to bring the country forward, you need this next step.”

On May 17, 2019 Der Spiegel and Süddeutsche Zeitung reported that Heinz-Christian Strache and Johann Gudenus had been offered support in the 2017 election by a woman posing as the niece of a Russian oligarch, in exchange for business contracts with Austrian companies. In the leaked video, he also shares his plans to “build a media landscape like Orbán.” Bayer named this scandal first, saying it’s “very high on the list.”

This is perhaps the biggest case of corruption in modern Austrian history. It involves embezzlement, illegal agreements and commission payments in connection with the privatization of 60,000 federal apartments of Bauen und Wohnen GmbH (BUWOG) by then Austrian Finance Minister Karl-Heinz Grasser in 2004. The Republic of Austria is said to have lost up to €1 billion as a result. It was first criticized in 2007 and the prosecution didn’t receive the relevant files until 2013. The trial finally began in 2017, and in 2020, Grasser, Walter Meischberger and Peter Hochegger were convicted to jail time and millions in payback to the Austrian government.

This German example is actually a series of accounting scandals that resulted in Wirecard filing for insolvency in June 2020. Uncovered by an investigative series by the Financial Times, alongside whistleblowers and leaked internal documents, it was found that €1.9 billion had gone “missing” in Asia. Bayer said Wirecard has shaken everybody up: “On the one hand it concerned a bank, but also one of the highly touted fintechs – the future of financial services – and in the largest country in Europe, which prides itself on having very good supervision.” While CEO Markus Braun was arrested, COO Jan Marsalek is still a fugitive at large. Both are Austrian nationals.

In the summer of 2020, the Commerzialbank in Burgenland was caught with over 500 fake accounts and fictitious payments amounting to €688 million, for €800 million in annual earnings. “The Austrian National Bank even went to supervise it several times,” said Bayer. “But for some strange reason they never found out about these non-existent assets.” The former head of the bank, Martin Pucher stated he had not enriched himself; however, large payments were made from the bank, for instance to the soccer club SV Mattersburg, of which Pucher is president.

The Austrian government has a unique relationship with the gambling industry, namely Casinos Austria and the slot machine giant, Novomatic, that Bayer sees as particularly dire. “I think it’s especially bad because it’s gambling. It’s not a social good and even though the Austrian government makes a lot of money from gambling, it’s an addiction that can ruin whole livelihoods and families.”

Vienna is the City of Spies in a new Thriller 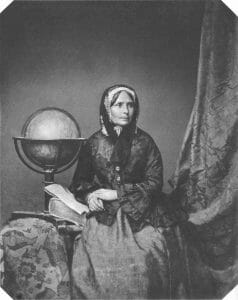