Chancellor Sebastian Kurz appeared Wednesday, October 6, on ZIB2 , a nightly news program on Austrian public televison, to reject calls for his resignation and roundly deny any involvement in criminal activity.

On Thursday, October 7, Green Party officials, including Vice-Chancellor Werner Kogler, said they must “question the Chancellor’s continued capacity to act” but did not call for an end to the governing Turquoise-Green coalition, which has been in office since January 2020, ORF reported.

Last night, Kurz said none of the text messages published in the context of the new corruption investigation show him doing anything criminal – and that he doesn’t understand “why everything is always supposed to be my fault.” He maintained that he feels “relaxed” because the investigation will ultimately confirm his innocence.

Hear No Evil, See No Evil

Kurz claimed that the allegedly tailored polling figures matched his later electoral successes, and that it was not necessarily inappropriate for Beinschab’s polling institute to work both for the tabloid Österreich, the Finance Ministry and the ÖVP, because opinion research institutes often work for multiple clients at the same time.

(Prosecutors allege that Finance Ministry officials misused taxpayer money to promote Kurz’s rise within the VP in order to curry personal favor, and that the newspaper Österreich was rewarded for positive coverage with public advertising budgets and other news subsidies).

When confronted with texts in which Thomas Schmid – one of the ten individuals under investigation – bragged about the so-called “Beinschab-Österreich-Tool,” (see here) Kurz distanced himself completely, saying that those messages were between individuals working at the Finance Ministry. Messages he had sent thanking others for poll results were not, he said, relevant to the criminal inquiry.

“Charged Relationship” With the Media

Kurz denied any tit-for-tat arrangement with Österreich, while acknowledging that there is a “charged relationship” (Spannungsverhältnis) between government and the news media in Austria, which should report on government but also negotiate for media grants and subsidies – a controversial issue. He said the potential quid-pro-quo of political ads for positive coverage should be looked at more closely.

Kurz denied any and all knowledge of the allegedly falsified invoices that Sabine Beinschab submitted to the Finance Ministry – and guaranteed “1000%” that he has never written or received a phony invoice (Scheinrechnung) in his life.

METROPOLE will continue to post updates about this investigation as events unfold. 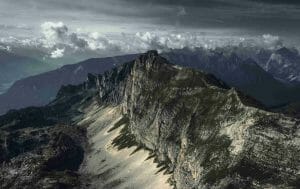 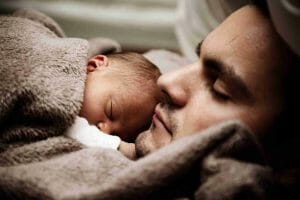 Photographer Lilya Corneli Creates Muses | Are you her Next Inspiration?